Christchurch massacre brings out the best and worst in humanity

The massacre in two Christchurch mosques has brought unparalleled responses 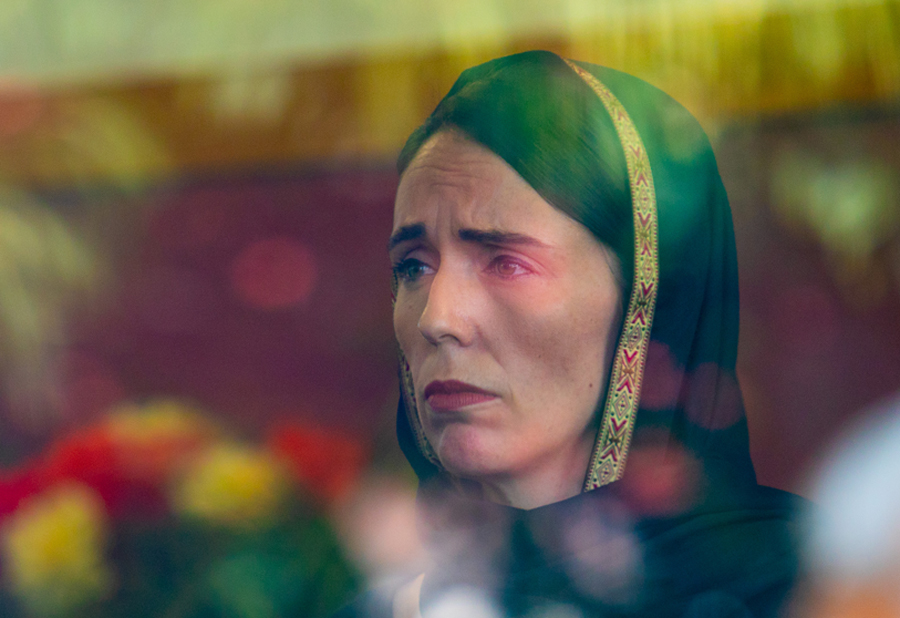 The massacre of fifty people at prayer in two Christchurch mosques has brought unparalleled responses on both mainstream and social media in New Zealand and Australia. Shock, outrage and sadness have been followed by a great deal of debate about the perpetrator and the causes of this kind of hate crime.

NZ Prime Minister Jacinda Ardern has received accolades for her role after the shootings, which took place on Friday, 15 March 2019. She is seen as a unifying leader for the compassion she has shown and her swift action on gun laws. Kiwi journalist David Farrier acknowledged on Twitter:

incredibly heartened by @jacindaardern’s leadership in new zealand. from leading the charge on tightening our gun laws, to her empathy and compassion – thank you

Ardern has also taken a strong position about the man who has been charged:

He is a terrorist. He is a criminal. He is an extremist. But he will, when I speak, be nameless. And to others, I implore you: speak the names of those who were lost rather than the name of the man who took them. He may have sought notoriety but we, in New Zealand, will give nothing — not even his name.

The alleged gunman is an Australian citizen.

The NZ government has called an inquiry into the attack. Many Kiwis have questioned their authorities’ inability to detect or curtail the growth of right wing extremists such as white supremacists. News that the Security Intelligence Agency has not finished its plan to combat far-right extremism has reinforced their views.

Media under the microscope

There has been considerable criticism of the role of mainstream media both before and after the horrific events. Many believe that some sections have been complicit by fostering a climate of fear towards Muslim immigrants:

what can be done about everyday torrent of racism from MSM –print, broadcast & digital. Some of our best-paid, high-profile media personalities are up to their necks in it with fulsome support of their producers & editors & have been for years #auspol https://t.co/YPmaVBv63M

The televising of parts of the killer’s livestream video plus the publishing of quotes from his so-called manifesto has also brought widespread condemnation.

Facebook has been slammed for its lack of action over the livestream, which ran for 17 minutes before being taken down. There have been calls for an advertising boycott as Newshub NZ reported:

New Zealand businesses are pulling advertising from Facebook in the wake of the Christchurch terror attack.

They are calling for global support as pressure mounts on the social media giant to make changes to its livestreaming feature.

The Australian Broadcasting Corporation’s Mediawatch program has a scathing examination of the parts played by both the MSM and the social media monoliths in the coverage of the massacre.

A debate about the right to free speech has also been reignited:

“Not all free speech is equal” thousands in #Melbourne offer our love and support to #Christchurch and both our Muslim communities – but warn our media on giving a platform to hate #TheyAreUs #vigil pic.twitter.com/Za5zM8Clst

The Australian government blocked a visa for far-right personality Milo Yiannopoulos for the second time after his “appalling” remarks about the massacre. This followed an earlier change of heart under pressure from free speech advocates.

[…] what it highlights is the growing fear within our community, both in New Zealand and Australia, of the increasing Muslim presence.

Once again, Fraser Anning has invoked my religion in his cruel, inhumane and theologically unsound rhetoric about Muslim people. This is hate speech and this must be denounced as vile and unhinged. He is not fit to lead. pic.twitter.com/D74O3tnI48

He was widely condemned but the action of a seventeen-year-old boy at an anti-immigration event on the following Sunday captured worldwide attention. #EggBoy [aka #eggboi] broke an egg on his head. Anning responded by punching him and members of the crowd choked, and kicked the lad. He was quickly elevated to hero status, including a couple of murals in Melbourne:

#eggboy murals. He is a true hero around here. pic.twitter.com/ldoB1fA3hL

On Friday, he was just another Australian high school student. By the end of the weekend, 17-year-old Will Connolly was the international sensation #EggBoy, the prankster who launched a thousand (give or take) memes. https://t.co/qLG9hyWbTo pic.twitter.com/MAOSmIzRXN

However, not everyone was prepared to condone his actions:

How different is Egg Boy’s behavior from that of indiscriminate perpetrators of violence/murder? Egg Boy should not be encouraged. He is not a hero.

At last count over $AUD 70,000 [$US 50,000] had been raised through crowd funding for his possible legal costs. He will donate the majority of the money to the Christchurch victims.

War of words with Turkey

Meanwhile a political row has broken out over “inflammatory” remarks by Turkey’s President Erdogan during an electioneering speech. He apparently suggested that people with anti-Muslim sentiments attending ANZAC commemorations at Gallipoli will return in coffins like their predecessors in World War One.

Australian Prime Minister Scott Morrison reacted strongly saying all diplomatic options were on the table. Opposition leader Bill Shorten also rebuked Erdogan. The New Zealand government has been more restrained in its response. The Foreign minister will take up the issue when he visits Turkey in coming days.

Morrison did not get uncritical support back home. This tweet was just one of several accusing him of a history of using Muslim extremism for political purposes:

Erdogan is wrong, but this is what happens when 1. You have an Australian Government which has dog-whistled racism & Islamophobia for years, and 2. You support faith-based populism (of which Morrison & Erdogan are both examples) #Gallipoli #Christchurch

It appears that the Turkish government is backing down claiming that Erdogan was taken out of context.

In stark contrast to some of the arguments happening in Australia, the New Zealand people have demonstrated a unifying spirit, exemplified by these spontaneous haka dances by students in Christchurch: