Climate change affects the most vulnerable, including animals 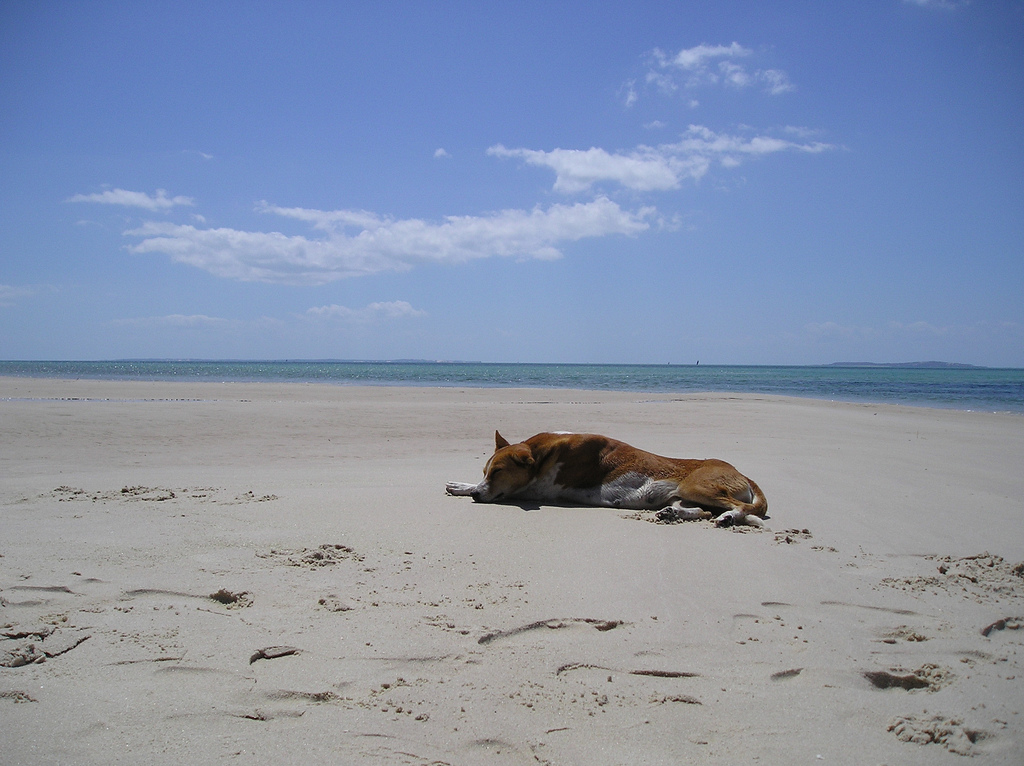 A stray dog rests on the beaches of Vilankulo, Inhambane Province, Mozambique in March 2006. Photo by E via Flickr/Creative Commons.

Between March 4-16, 2019, tropical Cyclone Idai swept through Southern Africa including Zimbabwe, Mozambique, Malawi, and parts of South Africa, killing at least 1,000 people in Mozambique alone, displacing countless others and destroying whole villages and towns. Many areas have been cut off due to broken bridges making it difficult for rescue operations to be carried out.

In times like these, where the focus is on saving human life, rescue missions often overlook the conditions of animals. But the cyclone's devastation did not discriminate and climate change affects the most vulnerable, including animals.

As sad reports of deaths & destruction from #CycloneIdai come to us, we are now adamant that the situation is now taking a human and environmental injustice dimension. 1/3 pic.twitter.com/o7MW5jRsGo

#MSF teams are encountering challenges to reach #Chimanimani due to the broken road network. Several bridges that access the area have been destroyed by #cycloneIdaiZw. Essential support is being delayed because of this. pic.twitter.com/HPoDewpo8B

Cyclone Idai highlights the need for rescue teams to consider the lives of animals during disasters of this magnitude. Over the last few weeks, wild animals, farm animals, aquatic animals and pets were affected by the disaster. Marooned animals had to go without food or water for long periods and faced disorientation over the loss of their natural habitats. They may be aware of what is happening but remain at the mercy of humans to save them.

While rescue missions focus on human life, non-human beings are rarely accounted for and considered.

In Zimbabwe, local organization Twala Trust Animal Sanctuary has responded by helping with emergency veterinary care and feeding of livestock and other animals affected by this disaster. The aim is to assist with animal welfare and to work together with the Zimbabwe Society for the Prevention of Cruelty to Animals (ZNSPCA) emergency response team in the affected area. They desperately need items such as dry or tinned dog and cat food, feed, bandages and blankets.

ZIMBABWE – The Twala Trust will be heading to the area devastated by Cyclone Idai on Wednesday to assist with emergency veterinary care and feeding of livestock and other animals affected by this disaster. We will… https://t.co/GW5LeQLki6

In the midst of the disaster, Zimbabweans took to social media to express concern for animal welfare and many agreed that animals should also be evacuated and rescued:

Govt should have evacuated people and animals a week early because they knew Cyclone Idai was coming and its effects in neighbouring Mozambique were widely reported in the media. This is sad.

Had it been that it was cyclone, all Zupco buses could have been deployed to evacuate all pple there including the animals, yes l mean ducks and guinea pigs.

Its cold, stormy and violent in Eastern Zimbabwe due to #CycloneIdai, children, women and men in addition to domestic and wild animals are in distress let us play our part. The outcome is not ours to dictate #Twimbos @SDGsZimbabwe @SDGsACT @ConnectSDGs @SDGoals @ifrc pic.twitter.com/YkmX1paEd9

Cyclone Idai issue was known for at least 1 week b4 it hit, did the CPU go on the ground&prepare, ask for schools to be closed&evacuated. Organise shelters, safety for people&domestic animals, map its strategy etc. Lets agree that our respone is weak, learn and improve.

Animal activists encourage citizens to remember not to leave animals behind during evacuation or rescue operations and remember to look for injured and distressed animals in the aftermath. According to Heather Kitchen, who writes on emergency management strategies:

Regardless of their ‘worth,’ when something disrupts the ability to care for these animals, outside help is needed … [which is] limited when it comes to rescuing, caring for, and sheltering animals because it has not been fully integrated into emergency management’s planning activities.

Scientists insist that climate change played a major role in creating this cyclone and the widespread flooding witnessed over the last few weeks in southern Africa. Climate change will continue to make storms like this one more severe and intense. Often, these environmental disasters impact those who have done the least to cause climate change.

“Cyclone #Idai is a clear demonstration of the exposure and vulnerability of many low-lying cities and towns to sea-level rise as the impact of #climatechange continues to influence and disrupt normal weather patterns.” – @unisdr special rep. ?https://t.co/MtcP3bn14D #Resilience pic.twitter.com/dGVNBjAYRm

In a recent article in Grist, the links between climate change and tropical storms can no longer be denied:

Cyclone Idai is not a natural disaster; the storm was made worse by climate change, centuries of colonialism, and continuing international injustices.

Global warming is causing more intense rainfall. Idai produced a year’s worth of rain in a matter of days. Regional drought in recent years hardens the soil and enhances runoff. Sea levels are also a foot higher than 100 years ago, which can only mean that coastal flooding extends further inland.

Scientists and environmental activists warn that as long as we delay climate action, the worse it will become for humans, animals and the planet as a whole. The real extent of the devastation and the impact on human, animal and plant life is yet to be assessed.