‘Who ordered the killing of Marielle Franco?,’ Brazil asks a year after the councilwoman's murder 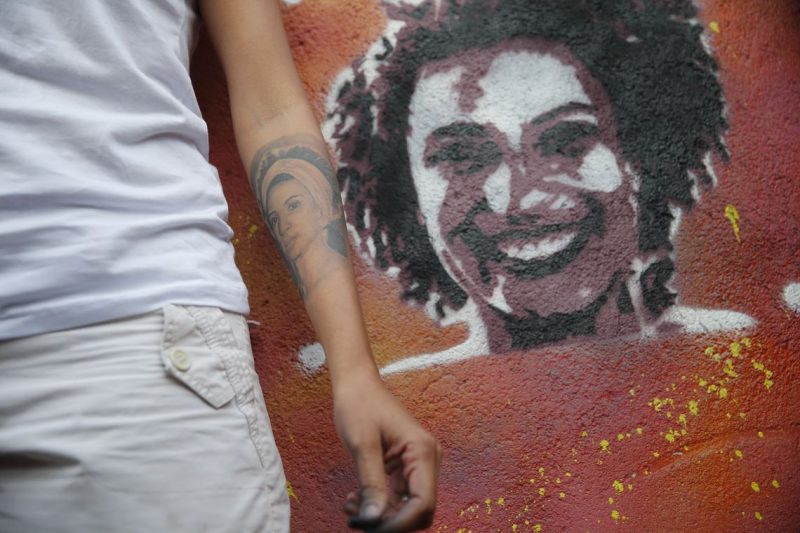 The face and name of Marielle Franco became familiar across Brazil and in many protests after she was killed on March 14, 2018. The Rio de Janeiro politician, the fifth most voted councillor in the 2016 elections, was murdered that night on her way home, along with her driver Anderson Gomes.

Two days before the first anniversary of her death, police announced the arrest of two suspects. Former military policeman Elcio Queiroz, 46, who was expelled from the corporation for illegal side work in gambling houses, is suspected of having been the one driving the car that ambushed Franco. The suspected gunman was Ronnie Lessa, 48, a sergeant who never answered for any crimes, but had a reputation for being a sharp sniper.

According to newspaper O Globo, after some twists and the splitting of the investigation in two parts (one going after the killers, the other after the mastermind), Rio's civil police caught the suspects following a complex trail through a list of all the cell phones connected in the area of the crime.

But even after seeing those who pulled the trigger in handcuffs, many Brazilians who took the streets on March 14 this year felt there was still a sense of lack of justice or closure. The main question remains. As Brazilian journalist Eliane Brum, who has tweeted every day for the past year “who killed Marielle ”, says:

We want to know: WHO ORDERED MARIELLE’S MURDER? AND WHY?

The police were able to access Lessa's browsing history on his phone. According to investigators, he had an obsession with “people from the left”. Marielle’s schedules and her former boss, Congressman Marcelo Freixo, were among his online searches. Political hatred could be the motive, said one of the investigators.

But many are doubtful about this motive. Lessa, a former military officer who became a policeman, was a well-known mercenary inside police circles. He reportedly worked as a hired gun for one of the chiefs of illegal gambling in Rio for some years, until this man's son was killed in a bomb attack. Lessa's credibility was hurt then, having failed to protect his boss’ family.

Lessa’s assets also seem above of what a police officer’s pension could afford. He has an armored car estimated at 31,000 US dollars, a custom-made boat, and lives in a house located in a luxury area in Rio where rent usually costs 2,000 US dollars plus 500 US dollars in condominium fees. According to Folha de São Paulo, Lessa’s house is just across the street from where President Jair Bolsonaro lives. Police also confirmed that one of Bolsonaro’s sons dated Lessa’s daughter.

Tweet says: The dogs bark, but the protests go on.
Banner says: Who ordered the president's neighbor to kill Marielle?

Bolsonaro told journalists he had no memory of his neighbor. The president joked that his youngest son, Renan, claimed he made out with the entire neighborhood, so he didn’t recall “this girl”. The police dismissed it as pure coincidence.

On the same day that Lessa was arrested, police found 117 rifles that he had asked a friend to store for him. They also discovered that he received a payment of 26,000 US dollars in cash seven months after Franco’s killing.

In January, Rio’s police arrested some people connected to a paramilitary group (known as “militia” in Rio) called the “Crime Bureau” and said they could be linked to Franco’s killing. The mother and the sister of one of the members were previously employed by Flavio Bolsonaro, the president's eldest son who was elected senator in 2018.

The Intercept Brazil was the first news outlet to point the link between Franco's case and the “Crime Bureau” militia, in 2018. A story published by UOL last week revealed that the criminal gang has insiders working in Rio police's homicide investigation unit. Leandro Demori, the editor of The Intercept Brazil, tweeted the story and said:

After all the uproar regarding the Crime Bureau, since the arrests this week that name has disappeared from the news. Curious, isn’t it? Actually, it isn’t. “Federal Police is investigating a suspicion that the militia known as Crime Bureau has people infiltrated inside the homicide investigations unit”

Eliane Brum summarized in her column the lingering questions related to Franco's killing:

When we finally discover who ordered the killing Marielle Franco — and why –, it is not just one crime that will be elucidated. It’s the anatomy of comtemporary Brazil that could be unveiled in all its shocking horror. But the masterminds — and their reasons — will only be revealed if we keep asking: “Who ordered the killing of Marielle? And why?”.