Cyclone leaves trail of devastation in Zimbabwe and throughout Southern Africa

Death toll rises as recovery and relief are underway 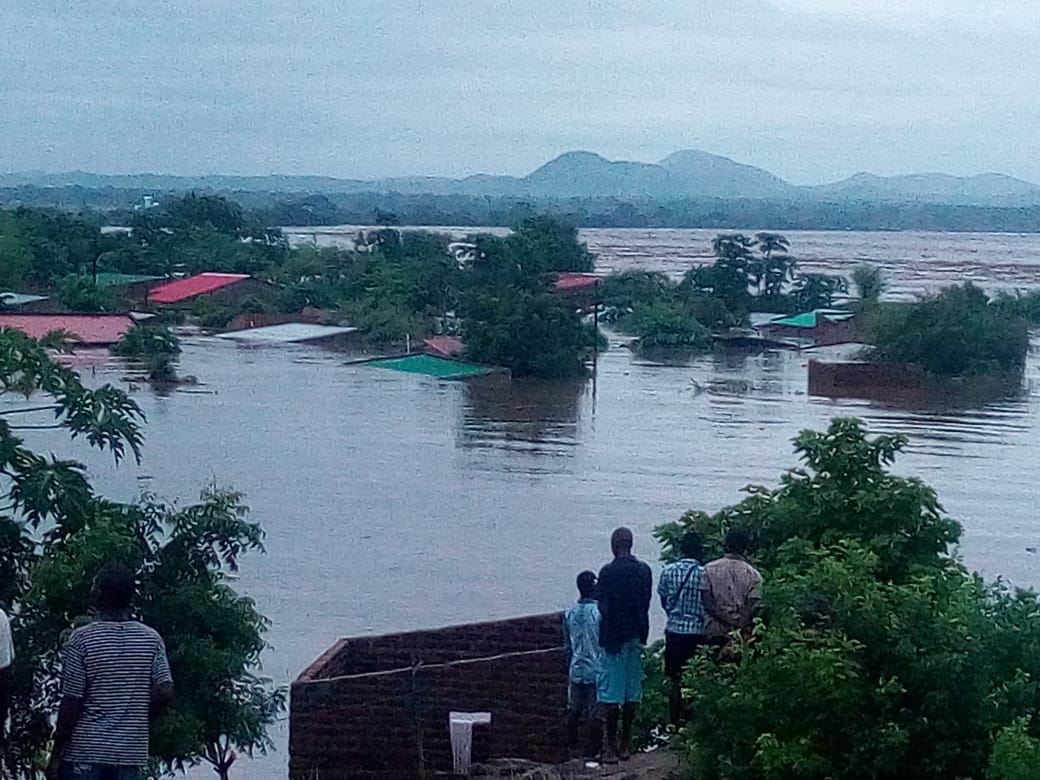 Tropical Cyclone Idai has left a devastating trail of destruction and death after sweeping through Mozambique, Malawi and Zimbabwe in Southern Africa.

At least 162 people have lost their lives so far in the devastating storm across region. In Mozambique, the city of Beira has been nearly entirely wiped out.

#UPDATE A cyclone that slammed into Mozambique last week has damaged or destroyed 90 percent of the city of #Beira, the Red Cross says, as the death toll in the country and neighbouring Zimbabwe rose to 157 https://t.co/vZYLj71n4A #CycloneIdai pic.twitter.com/LiWR2MWIsY

This is a map of where the cyclone hit:

Sofala, Manica, Zambezia and Inhambane provinces in #Mozambique have been hardest hit by #CycloneIdai

At least 89 people have died in Zimbabwe alone, amid fears of a higher figure, in Manicaland's Chimanimani district, located 406 kilometers east of Zimbabwe's capital, Harare, as homes and bridges were swept away by a tropical storm that began on Friday.

Some people still attempt to cross this bridge in Chimanimani #Zimbabwe despite the danger
Cyclone #Idai pic.twitter.com/sVC6dDW6jr

More than 300 people are missing according to the government.

The United Nations in Zimbabwe said that more than 8,000 people have been affected by the flooding in the eastern parts of the country.

“Sadly lives have been lost and properties destroyed,” United Nations Zimbabwe said in a tweet:

#UN in #Zimbabwe is on the ground in Chimanimani district and other areas to support ~8,000ppl affected by flooding & landslides caused by #Cycloneidai. Sadly, lives have been lost & properties destroyed. Please take heed to SMS & media alerts by Civil Protection

According to the government, Cyclone Idai hit the Ngangu Township are in Chimanimani the hardest where most lives were lost. Over a hundred houses were damaged by falling mud and rocks.

The storm originated in the Indian Ocean and led to a torrential rainstorm which commenced in Mozambique on Thursday, with wind speeds of about 160 kilometers per hour, reportedly causing ocean waves of up to 9 meters high.

We have no idea how much damage Cyclone Idai has caused – human and otherwise – especially in the area around Beira. Roads are blocked, power lines are down, cell phones are offline. It could be much worse than we know so far. https://t.co/sOpkTvbZ6W

The police and military have been deployed to assist in the evacuation of victims.

Visibility, according to the Information ministry, has significantly improved and this will help airforce helicopters to evacuate more people.

The Airforce of Zimbabwe and the Zimbabwe National Army are on the ground saving lives.

President @edmnangagwa has deployed an Elite Team from the ZDF, CIO & other security forces to deliver aid & rescue victims of Cyclone Idai

Local government minister July Moyo said that bodies are currently being seen floating in rivers and nothing much can be done at the moment.

Roads, bridges and telephones are currently cut off and hundreds of homes destroyed.

Country director for the International Red Cross (IRC) Zimbabwe Paolo Cernuschi said the IRC teams in Zimbabwe are trying to reach communities affected by the cyclone but the infrastructure damage is severe and the teams couldn't reach Chimanimani or Chipinge.

“Urgent road repairs in progress so we will try again in the morning,” said Cernuschi.

Our @theIRC teams here in #Zimbabwe are trying to reach the communities affected by #CycloneIDAI but the infrastructure damage is severe and our teams couldn’t reach Chimanimani nor Chipinge. Urgent road repairs in progress, so we’ll try again in the morning. pic.twitter.com/82VZATHION

The Zimbabwe government held an inter-ministerial committee on Sunday morning and subsequently set up 10 subcommittees to deal with hard-hit areas.

Committees will deal with areas related to food security, resource mobilization, safety and shelter, transport, water and sanitation among other critical areas.

An official with the Meteorological Services Department said that the cyclone has weakened greatly and shifted from eastern to northeastern areas of Zimbabwe.

He warned that the eastern highlands of the country should still expect floods due to the torrential rains and advised the public to avoid traveling there.

Not much precipitation was expected on Monday, with light rainfall and better weather conditions expected to commence on Monday.

Recovery efforts will be long term and relief efforts are underway.