When people disappear, news about them disappears too 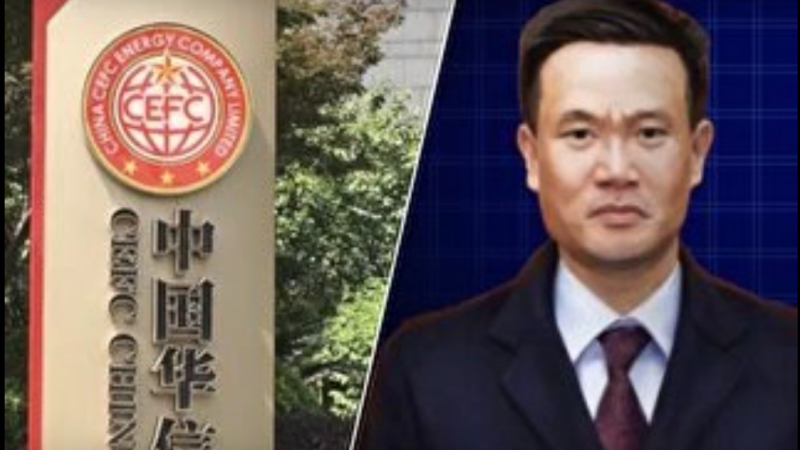 In 2017, our team at the University of Hong Kong built a technical web “scraping” system for studying censorship on WeChat's publicly accessible pages. Throughout 2018, we tracked more than 4,000 public accounts covering daily news and preserved censored posts in a publicly accessible database, WeChatscope. This article is the fifth in a partnership series with Global Voices.

No one in China is immune to “disappearance.” Alongside many everyday people, billionaires, celebrities and high-ranking officials have been subject to such treatment.

In 2018, there were a number of high-profile disappearances, including actress Fan Bingbing, Christian church leader Wang Yi, casino operator Yang Zhihui, Interpol chief Meng Hongwei and billionaire Ye Jianming. These public figures all were forcibly disappeared for different reasons. Some have already returned to their normal lives and some are still missing.

When people are disappeared, online news about them also disappears, through censorship.

Fan Bingbing was the most well-known person in this group and, as anticipated, was one of top ten most censored topics on WeChat in 2018. But at the other end of the spectrum was Ye Jianming, the low-profile billionaire whose case triggered major waves of censorship. Like Fan, his case became one of the most censored topics of the year on WeChat.

Until recently, Ye Jianming was the chairman of CEFC China Energy Co., Ltd. and China Energy Fund Committee. As an entrepreneur, he first gained notoriety for the rapid expansion of his business empire and his patriotism. And then he went missing. Soon thereafter, a March 2018 investigative report by Caixin, a renowned finance and business news outlet, revealed that Ye was suspected of committing economic crimes and had been put under investigation. The report was published and censored just hours later. The news startled the WeChat community.

On the same day of its report on Ye, Caixin also published a special report titled “Investigation Casts Shadow on Rosneft’s China Investor CEFC” on its public WeChat account. The report delved into Ye's background, beginning in his hometown in Fujian. It revealed that Ye holds a Hong Kong identity card and that Ye founded CEFC when he was in his mid-twenties in 2002. By 2014, the company was ranked 222nd on the Fortune Global 500 List, with revenues amounting to US $43.7 billion. In a little over a decade, it had become the largest non-state-owned energy company in China.

Other media outlets quickly followed Caxin's reports and reproduced their own story versions on WeChat. Most of these reports were deleted one day later and replaced with a note reading “deleted for illegal content”.

The censorship of content related to Ye Jianming went into high gear, pushing the term into the ten most censored topics of the year on WeChat.

Why were Chinese authorities so eager to conceal the mysterious identity of Ye Jianming and the origins of his business?

The state takeover of CEFC

After Ye's disappearance, the Chinese state-owned investment company CITIC group began taking over CEFC’s overseas assets. Though CEFC had been registered as private entity, it was already a close partner in joint ventures with state enterprises like China State Shipbuilding and China Railway, among others. But this quick turn of events suggested that the relationship between CEFC and the Chinese government was deeper than people realized.

Outside China, the corporation had been under scrutiny for its acquisitions around the world for some time. Since 2015, CEFC has made numerous major agreements with private and state-owned corporations outside of China, investing in infrastructure projects and buying shares of companies in Chad, Czech Republic, Kazakhstan, Georgia and the United Arab Emirates.

In February 2017, Abu Dhabi National Oil Company (ADNOC) granted CEFC a 4% interest (equivalent to more than 3.2 million tons of oil per year) in the company’s onshore oil concession for 40 years. In September of the same year, CEFC had planned to take a $9 billion stake in Rosneft, Russia’s state-owned energy giant. But the deal never went through, due to Ye’s alleged involvement in economic crimes.

These agreements, and the government's swift takeover of CEFC following Ye's disappearance, suggest that the Chinese government was actively using CEFC to engage in economic diplomacy. Analysts suspect that these agreements were intended to incentivize state utilities and corporations to invest in China's ambitious and highly-publicized One Belt, One Road initiative.

CEFC’s political association with the Chinese government was further unveiled after the US authorities arrested Patrick Ho Chi Ping, a former Hong Kong government official, over a bribery scheme involving CEFC's oil holdings in Chad and Uganda in November 2017. Ho was eventually convicted in December 2018. The incident also caught the eyes of international media outlets.

Within China, as these dealings came to light, Ye Jianming was disappeared, CEFC's assets were transferred to the state-owned CITIC group, and the censorship authorities tried their best to keep the open secret in the dark. Still today, the whereabouts of Ye Jianming remain unknown.