A rapidly degrading climate has intensified the daily struggle 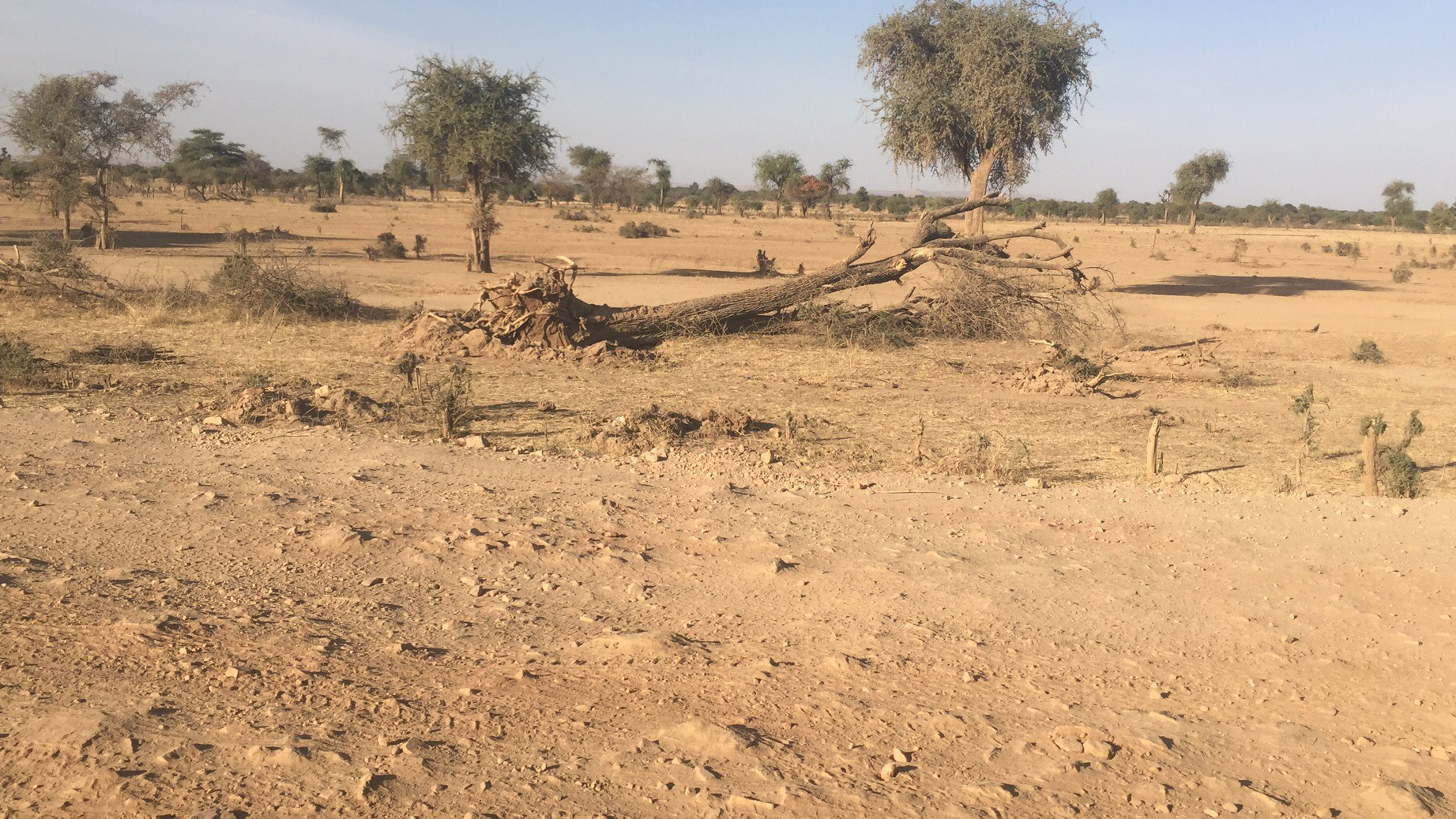 Desertification in northern Darfur has increasingly encroached further south, leading to more food shortages and crippling poverty, which in turn leads to more dependence on firewood as fuel. Photo by Alaaeldein Abdelrahman Yousif, used with permission.

Political protests have rocked Sudan for the last few months over Sudan's steady economic decline under President Omar al-Bashir, who has ruled since 1993. Ongoing instability and conflict in Sudan have led to the separation of South Sudan and the War in Darfur, known as the Land Cruiser War.

In 2003, rebel groups went to war with the Sudanese government who they accused of discrimination and oppression of non-Arab people. A genocide ensued, spurred by ethnic and political conflict, leaving an estimated 500,000 dead and millions more internally displaced.

The protracted conflict has laid the ground to waste.

Alaaeldein Abdelrahman Yousif, regional co-coordinator of Sudan Youth Organization on Climate Change, thinks that stepping up to tackle the imminent threat of climate change in Sudan is critical. As the range inspector for the Ministry of Animal Resources, Yousif and other Sudanese youth have a lot to say about deforestation and its impact on society.

“The core of this problem is poverty,” Yousif said. Escalating poverty, lack of resources and movement of people are driving deforestation in western Sudan’s Darfur region.

People have turned to firewood to meet everyday needs. In addition, demand for more housing has led to a boom in wood-fired brick-making which consumes 52,000 trees per year. Many in Darfur have turned to timber and bamboo trade for some form of income, like furniture making. And the changing diet from asida (a traditional Sudanese wheat-based porridge) to bread has also increased the need for more firewood. 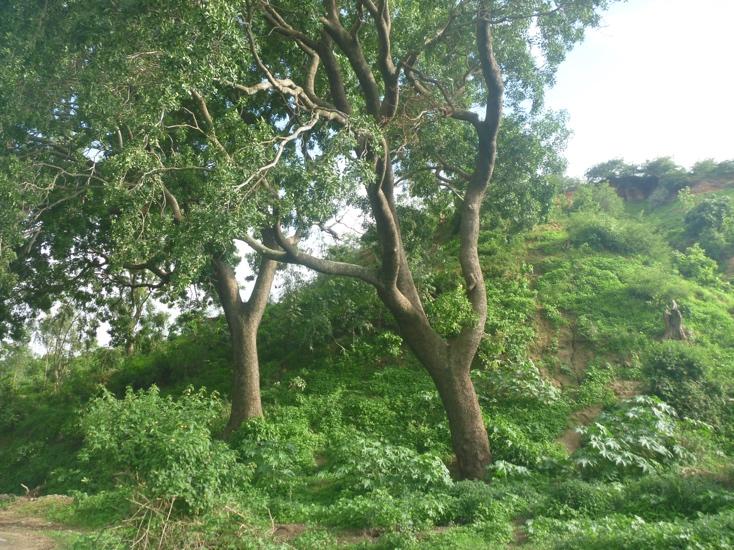 Jebel Marra has multiple diverse tree species south of its chain which have always been depended upon for sustenance. Photo by Alaaeldein Abdelrahman Yousif, March 8, 2019, used with permission.

The region is situated in the Sahel and contains multiple eco-regions: northern deserts with low rainfall transition into the wooded Sahel and tropical woodlands with high rainfall in the south. The northeast is characterized by plains and low sand hills, while the west contains wadis — dry valleys that gather rainwater — essential to pastoralists during long-distance routes with livestock.

Rainfall in the northern deserts has decreased in recent years, leading to a drop in food production which has driven more people from the north into the southern regions of Darfur. Meanwhile, the desert has encroached southward by at least 100 kilometers over the last four decades.

Katie Fletcher and Todd Gartner for the World Resources Institute explain how deforestation leads to drought and extreme flooding:

According to the United Nations Environment Program’s environmental assessment of Sudan’s conflict, the rate of deforestation is estimated to be more than 1 percent per year. In central Darfur State, tree density has gone down from 400 trees per hectare in 1998 to 27 trees per hectare in 2016. Certain regions already face shortages for wood fuel.

Gum Arabic used to be called “Sudan’s miracle commodity,” and in the 1990s it contributed up to 90 percent of the world’s production. But deforestation is threatening its position on the global market. Tamarind, a tree used for inexpensive traditional medicine, is also endangered.

These losses affect the poor who rely directly on the forest products. It also afflicts crops and increases the occurrence of drought, furthering the push to cut down trees to make ends meet and increasing regional conflict.

In December 2018, Yousif attended COP24, the informal name for the 24th Conference of the Parties to the United Nations Framework Convention on Climate Change. Disillusioned by the conference’s bureaucratic proceedings, he protested on the streets of Katowice, Poland, with the hopes of bringing attention to Darfur's environmental catastrophe as one of the driest regions of the world.

Darfur conditions are dire, but Yousif looks beyond doom and gloom in search of applicable solutions:

The people are bored and annoyed by awareness sessions from organizations because real solutions are not being brought. What they are thinking is, ‘I need to feed my children.’ Concrete solutions need to be brought to fix poverty and the environment together.

Yousif thinks Darfur’s traditional villages have the historical know-how of ecological farming and says their rules for environmental management could be revived and to operate and ecovillages.

While at COP24, he attended the Global Ecovillage Network meeting and found new hope in agroforestry, the practice of planting trees around crops at the same time. Used in various Indigenous communities, agroforestry builds on and mimics the environmental system by nurturing relationships between agriculture and forest management.

Yousif sees this as an opportunity to knit villages back together in sync with nature. 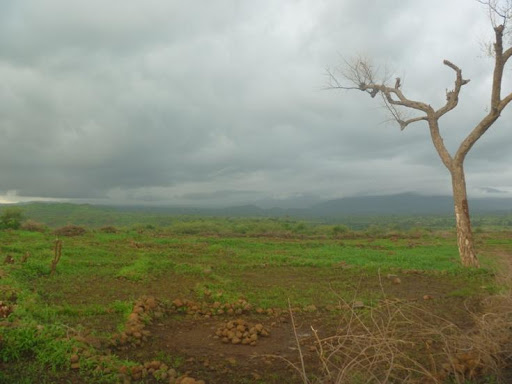 He hopes this idea will find support with the Sudanese government, who could invest in this practice by participating in cooperative reforestation projects with farmers. The government could trade or tax harvested resources and this could, in turn, provide jobs and stabilize local communities.

It might even revive a sustainable Gum Arabica extraction process again by following traditional rotational cultivation cycles. Continued extraction of Gum Arabica also means an ongoing source of income for those who trade and sell it in the marketplace.

“An agroforestry system may give reasonable crop and gum yields, and be more appealing to farmers,” according to a paper by the Viikki Tropical Resources Institute of the University of Helsinki.

Sudan’s complex political situation and rapidly degrading climate have intensified the daily struggle for Sudanese people. Deforestation in Darfur must be seriously addressed to help steer Sudan in the direction of peace and stability.