Diaz has been forbidden from speaking about his ordeal 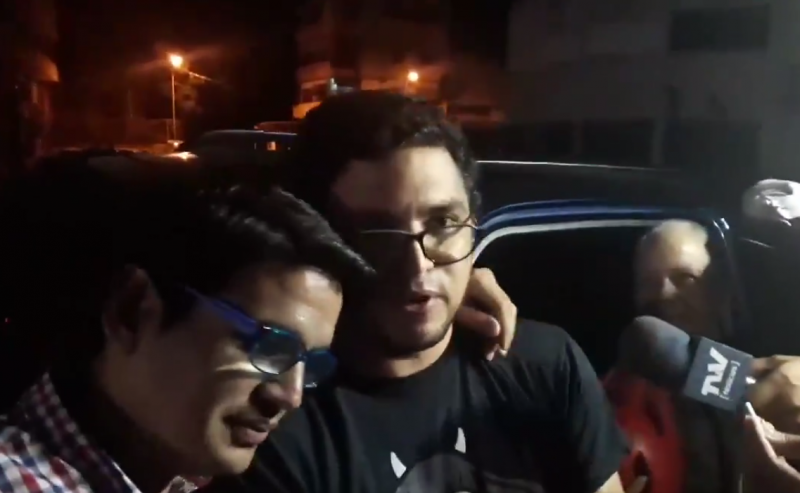 Luis Carlos Diaz (right) with Marco Ruiz from the National Syndicate of Press Workers (SNTP, left), shortly after his release. Screen capture from video posted by the SNTP.

At roughly midnight on March 12, in Caracas, the National Press Workers’ Syndicate of Venezuela confirmed that journalist and human rights defender Luis Carlos Díaz was released by Venezuelan authorities after being held for approximately 24 hours.

He has been charged with “instigating crimes” (instigación a delinquir) and released on the conditions that he will report to intelligence authorities (SEBIN) every eight days, and remain within Venezuelan territory. He has also been forbidden from speaking about his experience in detention.

The 34-year-old journalist went missing on the evening of March 11. At 2:30 am on March 12, state security officers brought him to his apartment, in handcuffs. They raided the home he shares with his wife, seizing multiple electronic devices, and then left the apartment, taking Díaz with them.

Hours later, dozens of demonstrators gathered outside the public prosecutor's office in solidarity with these calls and with Díaz’ wife, Naky Soto, who is also a well known political analyst and activist. 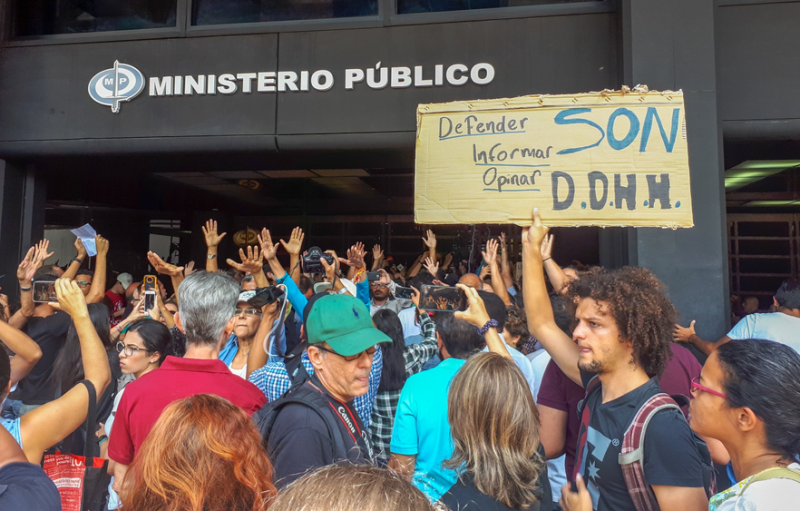 Since early morning on March 12, the internet saw a groundswell of support from media freedom and human rights networks around the world calling for his release. The hashtag #DondeEstaLuisCarlos (Where's Luis Carlos?) gave way to #LiberenaLuisCarlos (Free Luis Carlos) which very soon became the first trending topic on Venezuela's twittersphere and among the top tweets worldwide.

After his release, Díaz tweeted to his colleagues from his wife's account, thanking them for their support:

Finally, I already knew I had good friends, but my question now is: How can they connect with each other?

I never imagined what this could achieve. It is incredible. I've been reading for hours and I haven't finished. Thank you.

Luis Carlos is a long-time and celebrated member of the Global Voices community. For more than a decade, he has worked to defend freedom of speech and use of digital networks to maintain public access to information amid Venezuela's ongoing crisis. He and Soto host a hugely popular video program (previously on YouTube, now on Patreon) where they offer political commentary and humor.

Luis Carlos is known for his wit, his skills as a collaborator and mentor, and his unique capacity to understand and explain Venezuela's complicated digital communication environment.

The Global Voices community is relieved that our colleague is safe and with his family. We will continue to monitor his case as it progresses.