The hashtag #SayNoToWar has trended all week. 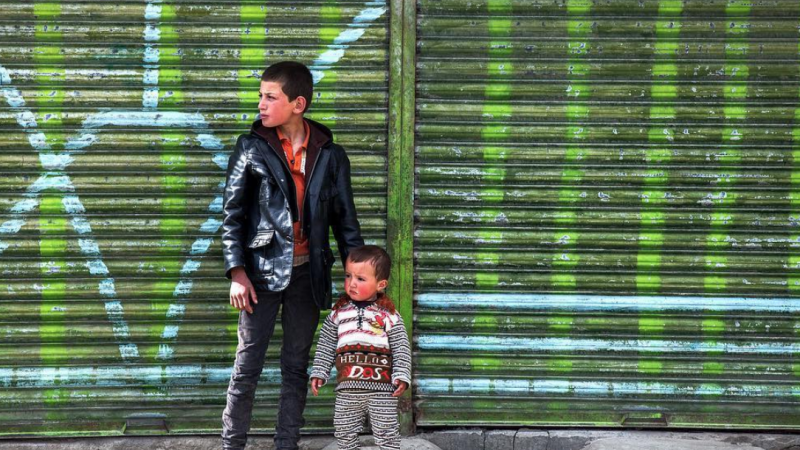 Following a military confrontation with India in the disputed Kashmir region in late February, which left both the countries on the brink of all-out war, citizens took to social media to share experiences, counter disinformation, and to call for peace.

Relations between the two countries soured after a terror attack on the Indian-administered Jammu and Kashmir on February 14 killed over 40 Indian soldiers. On February 26, India responded by bombing the village of Balakot, located inside the Pakistan-controlled area, which Pakistan retaliated by shooting down two Indian warplanes resulting in the death of two pilots and the capture of commander Abhinandan Varthman.

On March 1, Pakistan handed back Varthman to Indian officials as a goodwill gesture, with Pakistan's Prime Minister Imran Khan inviting Delhi for talks.

Read: Tensions mount between Pakistan and India after retaliatory manoeuvres by both nations

The two nuclear-armed neighbours have experienced several episodes of military conflict in their 71 years of existence as independent countries. However, in the 21st century, social media plays a prominent role as both government actors and ordinary citizens on both sides of the border report events online minute by minute.

Within hours of the first signs of armed dispute, the hashtag #SayNoToWar was trending:

Watch this clip Indian Media. You, keyboard warriors & Modi are responsible of it.
She is not from Pakistan, she is wife of the second pilot Ninad whose plane was shot down when crossed LOC
See the pain of families of both sides who receive bodies of their loved ones #SayNoToWar pic.twitter.com/aq5Gcc4aSh

After Pakistan closed its airspace, many people stranded in airports took to Twitter to report their predicament.

Pakistan's military still fears India would carry out punitive airstrikes. Since last week, Pakistan's airspace has remained closed to international overflights. And domestic flights are being restricted to a narrow western corridor, like this flight from Islamabad to Karachi. pic.twitter.com/q3hpM4HYdT

Pakistan's airspace remained closed for more than a week before gradually reopening for domestic traffic on March 1. Flights along certain routes are still restricted. India has also closed down four airports for a bief period.

The husband of writer and poet Mina Malik Hussain was also stranded:

My husband can’t come home because our airspace is closed. I’ve told the kids his flight is delayed. My MIL and I look at each other over their heads. I think of all the Army and Air Force wives and kids, here and across, and my stomach lurches. Stop this madness. #SayNoToWar

Fatima Ali Haider, the founder of the Grief Directory, which supports victims of violent extremism, was stuck in Karachi for a week while on her way back from Bangkok. As a single mother, she had left her six-year-old daughter at home with her mother-in-law. I have spoken to her, and this is what she told me:

I got stuck in a foreign country and that also to attend a conference which was on a topic of relevance. I had left my daughter behind and it was an emotionally traumatic experience.

My daughter also wanted to know why I wasn’t able to come home and when I told her, she asked me why India and Pakistan couldn’t be friends since it was easier to be friends than enemies.

Omar Badi-uz-Zaman posted on Facebook about the ordeal faced by his mother’s teacher who was visiting Pakistan from India. After her sister passed away, she was unable to fly back to India, and train service had also been cancelled, Badi-uz-Zaman said.

Over several nights, people have heard and seen Pakistani Airforce's jets flying over the capital Islamabad. Microbiologist Zeea Hassan Talib and Anas Mallick tweeted about it:

Woke up at midnight by the sound of our thunderbird Jets hovering continiously and later due to the lightening & storm. One of the most frightening nights here in Islamabad. Stay safe Pakistan??

Fighter jets and thunder of the weather, both roaring from the clouds of #Islamabad

While people in Sialkot and parts of Karachi reportedly said they were told to stay indoors, the government has not issued an official statement.

Social media also proved to be a fertile ground for disinformation while individuals and organisations attempted to counter it. Sachee Khabar tweeted a story by Alt News:

Correction: This story was amended on March 9 to remove a tweet which turned out to originate from an account not associated with the Ministry of Interior, as originally indicated.