Women's organizations have vowed to continue their struggle against violence.

Özgecan Aslan's murder sent shockwaves through Turkish society but getting gender equality on the policy agenda is still an uphill struggle. Image by Voice of America, reused by Wikipedia, public domain.

When a long search for the missing 20-year-old university student Özgecan Aslan ended with the discovery of her charred body in a riverbed in the south-central city of Tarsus in February 2015, the news sent shockwaves through Turkish society.

A 26-year-old minibus driver, Suphi Altindoken, confessed to the murder. According to his own testimony, he first tried to rape Aslan and then stabbed her to death when she fought back. Following the attack, Altindoken, his 50-year-old father Necmettin Altindoken and his friend Fatih Gokce burned Aslan's body in order to dispose of the evidence.

The brutality of Aslan's death shone a torchlight on gender-based violence in Turkey and caused a surge of public indignation.

Calls for justice for Aslan and her family were quickly accompanied by demands for action to prevent violence against women and build gender equality into the national education system.

But on April 12, 2016 the younger Altindoken was killed in jail and his father seriously injured by a prisoner called Gultekin Alan, who said his attack on the pair was motivated by his obsession and revulsion over the Özgecan Aslan tragedy. 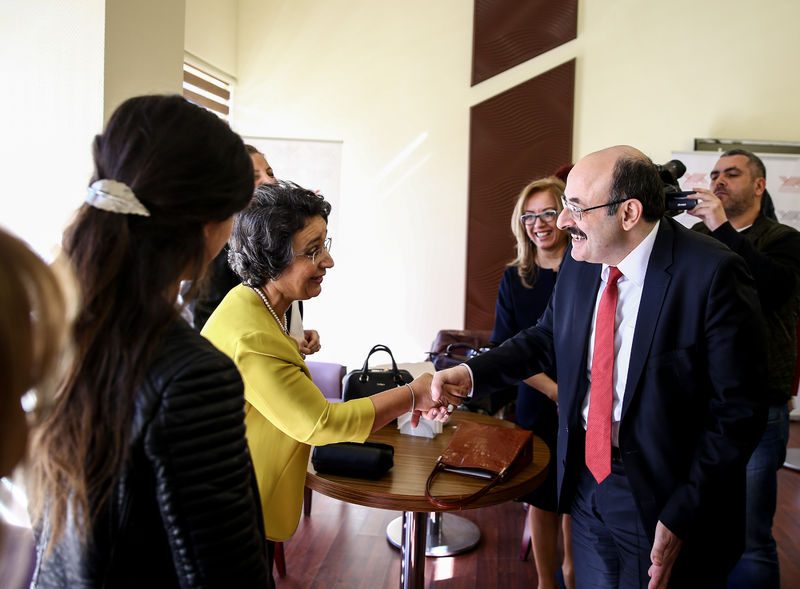 Hopes for institutional support for gender equality had received a major boost earlier that year when Yekta Sarac, the President of Council of Higher Education (YÖK), met with female rectors of Turkish universities to mark International Women's Day on March 8, 2016.

The main outcome of the meeting was to affirm the ‘Higher Education Institutions Gender Equality Attitude Certificate’.

Gender equality is not among our values

There were always fears that the certificate would remain symbolic in nature but on February 19, 2019, YÖK stunned gender equality advocates by disavowing the document's very foundations.

Sarac, still the council's president, was quoted by the Cumhuriyet media outlet as citing “different perceptions” of gender equality as a reason for revising the document.

The Certificate, which was prepared in 2015 and sent to all universities in order to prevent inequality against women, was framed according to the term ‘Gender Equality’. However, in this process, it emerged that the concept (gender equality) has different meanings other than the ones that are being implemented. We need to consider that these meanings are not appropriate for our values or accepted by our society.

Sarac went on to suggest ‘gender equality’ would be removed from the concept note and that universities should focus instead on ‘family':

From today, we are removing the term ‘gender equality’, revising (the certificate) and sending it to all universities again. It is necessary to use ‘Justice-Based Women's Studies’ rather than ‘Gender Equality Studies’.  We need to pay attention to the importance of Turkish society and the family concept in lectures and seminars.

‘We will not give up’

Women organisations and social media users reacted with outrage to Sarac's comments that appeared to imperil the very future of academic fields like gender studies and implied the government sees women largely as homemakers.

Some Twitter users argued that YÖK was bowing to the pressure of conservative media, which has targeted the certificate as a “deviant” document that encourages same-sex relations and bears the imprint of a debauched West.

The University Women Collective, founded in 2007 by women university students, protested in front of YÖK's building on March 1.

One banner held up by a protester read: “Get your own social values, equality is ours.”

Women university students’ call to Yekta Sarac: Get your own social values that consist of harassment, rape, violence, we will not give up our gains in equality.

Another organisation, the Women Entrepreneurs Association of Turkey made on February 26 an announcement demanding YÖK reconsider its decision, while on February 25, the Feminist and Queer Researchers Network published a statement condemning Saraç's words that “showed that the government would not give up patriarchal practices.”

The Feminists and Queer Researchers Network has published an announcement on the statement of the Higher Education Council on gender equality: ’We will continue to produce knowledge through the principle of gender equality!’

Aslan's murder, while chilling in its particular barbarity, pointed to an alarming trend of lethal violence against women in Turkey that has only worsened in the years since.

We Will Stop Femicide Platform’s Gülsüm Kav claimed this month on Twitter that in the first two months of this year alone, 74 women were killed in Turkey.

That figure puts 2019 on course to reach the 440 femicides recorded for 2018, a total which represents a 45 percent increase on the figure for 2015, the year Aslan was killed.

We have vowed, in spite of the ones who ignore us, that we will stop murders of women with our own struggle.