Blackout in Venezuela: How long will it last?

For nearly 24 hours, most of Venezuela has been without electricity. 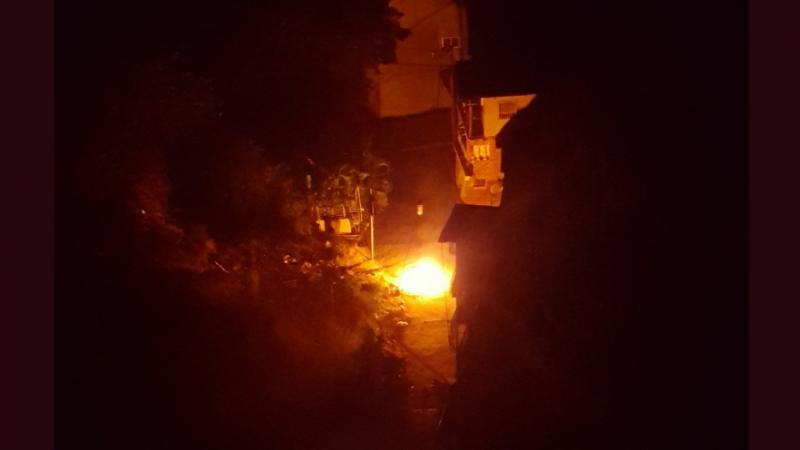 Residents started a fire after a blackout had gone for six hours in Caracas. March 7, 2019. Photo by Luis Carlos Diaz via Twitter. Used with permission.

For nearly a day's time, most of Venezuela has been without electricity.

At approximate 4:50 p.m. local time on March 7, full-scale power outages in the capital Caracas and at least 22 other states have left homes, businesses, public services, and hospitals without power. By the early hours of March 8, journalists and civilians in the country who were able to use mobile data began reporting online that generators and other back-up supplies of power were running low.

Officials in the government of embattled president Nicolás Maduro say the outage is the result of “sabotage,” calling it an “electrical war” perpetrated by opposition leader Juan Guaidó, with the backing of the US government. Guaidó fired back, saying that “the only sabotage here is being done by the usurper of the Venezuelan people,” in a reference to President Nicolás Maduro, who opposition leaders say “usurped” the presidency through an illegitimate election process.

Blackouts are nothing new in Venezuela — in the midst of the economic, social and political crises that have engulfed the country in recent years, citizens have faced regular power outages. But the broad coverage and duration of this one are unique.

In addition to leaving residents without access to light, refrigeration, medical technology and transportation powered by electricity, the blackout has also precipitated an almost total shutdown of communication systems in the country.

The technical testing group NetBlocks, which measures internet connections and outages in countries around the world, published test results showing that internet activity has plummeted, and incidentally offered some concrete data on the impact of the outages. 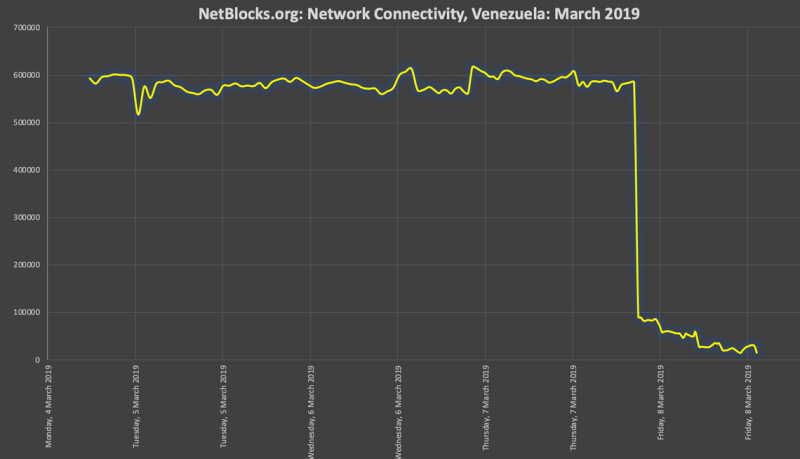 Public protests and confrontations between the Maduro-aligned military and opposition leaders backed by the US have come in waves since mid-January when Guaidó openly challenged Maduro's legitimacy and declared himself interim president, on constitutional grounds.

Read Global Voices’ special coverage of the crisis in Venezuela