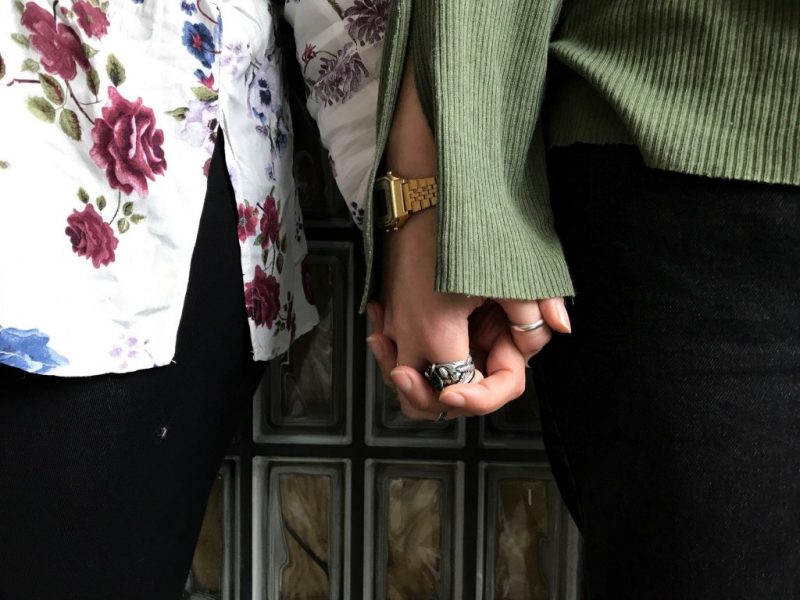 The following is a version of a partner post that first appeared on the website OC Media.

Queer women in Russia’s North Caucasus face attempts to ‘cure’ them, beatings, rape, forced marriages, and murder, according to a recent report interviewing a number of queer women from the region. While some gay men have been able to flee, the report said women were less able to do so as their money, movement, careers, and private lives were controlled by male ‘guardians.’

A report on the persecution of lesbian, bisexual, and transgender women in the North Caucasus was released in December by Queer Women North Caucasus (QWNC).

With the support of the German Heinrich Böll Foundation’s Moscow Office, QWNC interviewed 21 women (17 lesbian, three bisexual, and one transgender woman) in the North Caucasus. Most of the respondents were from Chechnya, with others from Daghestan, Ingushetia, and North Ossetia.

Nine of the women interviewed said they had experienced sexual violence from their husbands, and eight claimed to have entered a marriage against their will.

According to the report, news of a woman’s queer orientation or transgender identity was always met with psychological and physical violence, and can easily escalate to murder.

“I promised father not to kill you. I beg you, please shoot yourself, just shoot yourself,” one woman remembered her brother begging her after she had been outed as a lesbian.

Out of the 21 women interviewed by QWNC, eight knew someone among their friends, relatives, or neighbours killed by their male family members for behaviour that “humiliated the family.”

All respondents of the QWNC report confirmed that they had experienced physical and psychological violence from early childhood, suggesting a wider atmosphere of violence against women and young girls within the region.

One interviewee, who was sexually harassed by her uncle, remembered that family members accused her of ‘sexual debauchery’ after she told them what had been happening.

Having clothing chosen for them, being restricted from communicating with other men, and not being allowed to leave the house in the evening are common conditions placed on women in the North Caucasus

One Daghestani woman recounted her story of being beaten up on the street by her husband for accidentally unveiling her hair from underneath her hijab.

The report said that fleeing the family and the region was complicated for queer women in the North Caucasus. Apart from the challenge of becoming economically independent, it said women who flee are usually reported and brought back to their families — even from abroad — and face prospects of isolation, violence, and even death.

Forced into marriage and domestic violence

The report said that women in the North Caucasus typically are not asked whom they want to marry, or even if they want to marry at all, leaving them with little control over their matrimonial status. Even rumours or a call from relatives can trigger marriage plans.

Respondents told researchers that a bride’s father or brother, the customary ‘guardians’ of a woman, can sign on behalf of the bride, and women frequently are not even given a copy of the marriage certificate.

“The first rape occurred a few days after the wedding,” one Chechen respondent reported. “I told him that I didn’t want to have sex with him. But the third day after the wedding he did it. That’s the custom. He covered my nose and mouth with his hand. I started choking. Blood started to flow. I don’t remember, why the blood started — because of my screams or from [him] hitting my face.”

According to the report, if a woman succeeds in dissolving an unwanted marriage, she has no option but to return to her original family, often facing worse treatment than before.

In addition, it said victims find it difficult to address law enforcement agencies, as they do not expect to be protected.

The report included the story of a woman who was harassed and blackmailed by local police after she sheltered a lesbian woman who had fled home.

Marriage as a cover

The research paper reported that several queer women among those interviewed chose to enter sham marriages. Such a union usually involves a gay or bisexual man who is not suspected of having a non-heterosexual orientation.

One respondent’s account indicated that queer women are not free from their controlling family members even after getting married.

An interviewee from Chechnya recalled her brother, who worked with the police, being suspicious of her sham marriage. He reportedly promised to check that she got pregnant after she married a man he suspected to be gay.

That respondent, in addition to several others, also claimed that the authorities keep a list of local queer people, which can be used to harass or blackmail queer women at any time.

A fake marriage is a strategy to avoid violence, but this does not occur in all cases. One Chechen woman discussed in the report how her “husband” also turned out to be restrictive, even forcing her to terminate a pregnancy.

“Harsh patriarchy is channelled not only through heteronormative men but also gay and bisexual men. They continue attempts to totally control wives, to apply violent practices,” reads the report.

The fate of queer people in the North Caucasus received attention in international coverage after the 2017 report from the Russian LGBT Network and the Russian newspaper Novaya Gazeta broke the news about the mass detentions and killings of gay people in Chechnya.

At the end of the report, researchers asked the queer women what they had planned for the future.

“I’ll be seeking a husband-friend, will give a birth to a baby, and then no one can harass me,” one Chechen respondent said.

“I’ll become a wife and will move far away, living with my family, with my best friend, who will cover me. He will take my love as his second wife.”

According to the researchers, they lost contact with one woman following her interview and another, who had previously attempted to flee her household, died, according to her family, “from poisoning” before publication.