Why were authorities censoring celebrity news on social media? 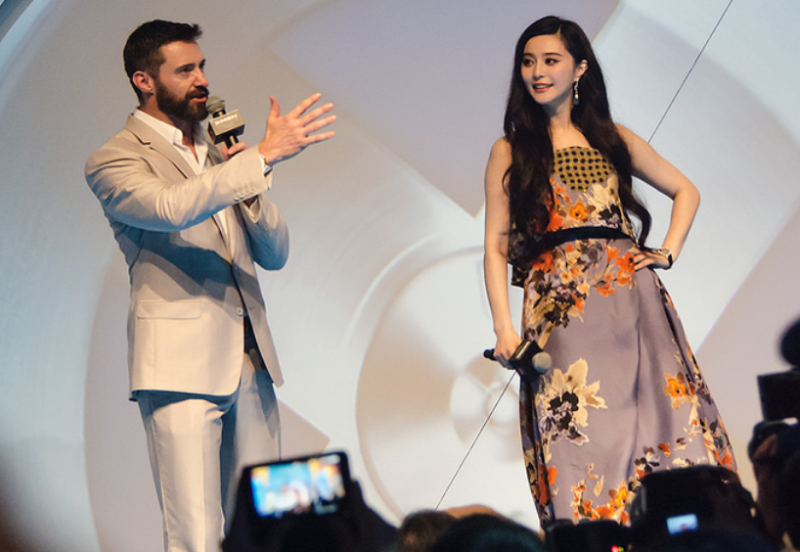 In 2017, our team at the University of Hong Kong built a technical web “scraping” system for studying censorship on WeChat's publicly accessible pages. Throughout 2018, we tracked more than 4,000 public accounts covering daily news and preserved censored posts in a publicly accessible database, WeChatscope. This article is the fourth part of a partnership series with Global Voices.

One of the top ten censored topics in our 2018 WeChat database was Chinese megastar Fan Bingbing.

The film and television actress went missing following allegations that she had misled authorities in order to avoid paying taxes on her earnings from the major film, Cell Phone 2. Three months later, she reappeared and was fined the equivalent of US $129 million for tax evasion. She subsequently offered a public apology in which she admitted her wrongdoing and attributed her professional success to the state and party.

Fan's case highlights the importance of the entertainment sector as a major front in China's ideological struggle. In recent years, propaganda authorities have encouraged production companies to produce patriotic films and pressured celebrities of the sector to show their patriotism on Weibo.

But it is difficult to “tame” award-winning directors and celebrities who have a strong presence in the international film market. Fan was seen as a celebrity who could not be touched, but this notion was shattered by her disappearance. By targeting Fan, Chinese authorities successfully demonstrated that no one in the sector can be exempt from their “social responsibility”.

During this time, posts on WeChat that speculated on her whereabouts were censored and Fan was derided in official state rhetoric.

Fan became a hot topic on social media after former Central Television host Cui Yongyuan reported that she had signed a so-called “yin-yang contract” in May 2018. He obtained copies of two contracts Fan had signed for Cell Phone 2. One was for US $1.56 million, while the other was US $7.8 million. Fan had only declared the first contract to tax authorities. Fan's office later released a statement accusing Cui of insinuation and defamation.

The term “Yin-yang contract” refers to the existence of two contracts. One is an “official” contract of the actor's fee for income tax reporting purposes. The other states the actual earnings, which are usually higher than the official contract.

After Cui’s exposé, rumors and discussion about Fan and the entertainment sector spread rapidly on social media.

As the incident continued to develop Chinese authorities announced near the end of June plans to place a cap on actor payments in the entertainment industry, limiting actor compensation to 40 percent of a film or program's total production cost, so as to crack down on tax evasion and “money worship” in the industry.

Speculations about Fan's disappearance mounted on social media, but were quickly censored. China Digital Times obtained evidence that, during the same period, propaganda authorities instructed social media companies to censor all mentions of the tax allegations against Fan Bingbing.

Even standard posts speculating on Fan’s status were deleted. For example, a post entitled “Police authorities step in to investigate on “Yin-yang contract” case, Fan Bingbing and her brother were restricted from leaving the country” (警方介入阴阳合同案 ，范冰冰姐弟被限制出境) was published on July 28 and removed on the same day. Related discussions on social media also were censored.

There has been no official explanation of what happened to Fan during the months of her disappearance.

Two months after Fan's disappearance, a survey released by the Beijing Normal University and Chinese Academy of Social Sciences stressed that only nine out of 100 television and film personalities were “socially responsible” and Fan Bingbing was ranked the lowest among the 100.

Chinese Communist Party spokespeople have often used the concept of “social responsibility” to criticize celebrities for not following the Party leadership. At a 2013 forum, the State Internet Information Office told Weibo celebrities to bolster their social responsibility and deliver more positive and constructive messages on social media. This was followed by a series of arbitrary arrests and prosecutions for online “rumor mongering”.

The result of social responsibility survey appears to have been intended to re-shape public opinion about the role of celebrities in society, and to set the stage for Fan Bingbing's public re-appearance.

On October 3, state-affiliated Xinhua news reported that Fan Bingbing had been order to pay about RMB 884 million yuan in overdue taxes and fines. A separate editorial on the official news outlet stressed that “everyone is equal before the law, there is no ‘superstar’ or ‘rich and powerful’, no one can despise the law and hope to be lucky.”

On the same day, Fan reappeared on social media with a letter of apology for her failure to “set right the relations between the interests of the state and society and that of [sic] my own.” She stressed:

There would not be today’s Fan Bingbing if there have not been the good policies of the party and the state, in addition to the support of the audience…I want to assure everyone that after this rectification, I would play with the rules, abide by the law and take my responsibilities seriously.

The news of Fan's tax evasion penalty and her apology pushed “Fan Bingbing” to become the hottest topic on social media and search engines. Yet many Chinese social media users were not happy about the outcome. As expected, her fans were sad to see their idol being humiliated publicly. Others criticized the punishment, saying it was too light.

Again, the propaganda authorities stepped in to curb political expressions and public criticisms. Posts that suggested the Fan Bingbing incident was engineered by the state were deleted on WeChat. For example, this post “Celebrities like Fan Bingbing were dumbfounded. The state has taken action; Cui Yongyuan strikes hard. A even bigger storm is approaching!” (范冰冰们傻眼！国家动手，崔永元出拳，更大风暴到来了！) was published on October 9 and deleted on October 12.

In addition, posts said the penalty was too light were also deleted. “How come Fan Bingbing is free from jail sentence? Nine hidden rules in the criminal law. Must read” (范冰冰不用坐牢了？刑法九大潜规则，不看肠子都悔青) was published on October 4 and deleted on October 5.

After the announcement of Fan’s punishment, a campaign was launched to recover all back taxes in the entertainment industry. The National Taxation Administration stressed celebrities from the entertainment sector would face criminals if they failed to pay back all the taxes by December 31, 2018.

All told, the Fan Bingbing incident, the newly introduced production budget guidelines in June and the social responsibility survey seem to suggest that the propaganda authorities were trying to make an example out of the actress amid the tax evasion investigation, in an effort to establish the CCP’s leadership of the entertainment sector.

Since her apology, Fan Bingbing has clearly dedicated more attention to her “social responsibilities”. Last November, after Taiwanese director Fu Yue spoke out during the Golden Horse Awards, saying that her biggest hope for “our country” was to be regarded as an “independent entity” — referring to Taiwan's movement for independence from mainland China — Fan Bingbing was the first celebrity to share a patriotic post in response.

The actress promptly shared a post published by the Communist Youth League of China on Weibo, which read: “Not one speck of China can go missing.”

Read more from our Censored on WeChat series.