Burundian troop withdrawal from Somalia leads to another diplomatic standoff

AMISOM will withdraw all African troops from Somalia by 2021 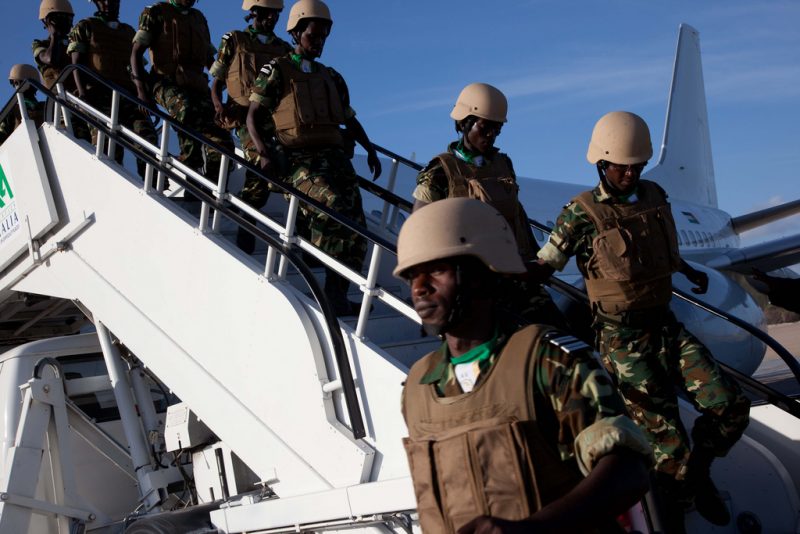 Since 2007, AMISOM, the African Union (AU) mission in Somalia, has been tasked with combating Al-Shabaab, an extremist Islamist militant group with ties to Al-Qaeda. Many hundreds of soldiers have died among troops totaling 21,500 from several different countries, with Burundi having the second largest troops after Uganda.

In December 2018, the AU's Peace and Security Council decided to withdraw 1,000 of their 5,400 Burundian soldiers from Somalia by late February 2019, as part of the progressive reduction of AMISOM military decided by the United Nations Security Council in July 2018. UN resolution 2431 extended AMISOM’s mandate but determined to reduce troop numbers and eventually hand over the conflict to Somali forces by December 2021.

Burundian President Nkurunziza objected to the withdrawal while officials called it dangerous for regional security and protested to the AU. Burundi parliamentarians particularly objected to only Burundian troop reductions and none from other countries. They suggested the threat of withdrawing all their troops if the AU didn't reconsider the decision. Parliamentarians even spoke of plots and attempt to “destabilize” Burundi.

Burundi’s government had proposed to share the troop withdrawal with other states, as in a previous troop reduction in December 2017.

“Ambassador Basile Ikouébé, Representantive of @_AfricanUnion in Burundi was summoned to the Ministry of Foreign Affairs. The Assistant to the Minister Ambassador Bernard NTAHIRAJA @BNtahiraja reiterated to him a message already communicated to the African Union regarding the Burundian government’s concerns

During the Somali president Mohamed Abdullahi Mohamed's visit to Burundi in mid-February, both presidents called for a summit in a joint communique to review the issue. Nevertheless, on February 21 and 23, 400 Burundian soldiers returned home, although the Burundian government refused to proceed with withdrawing the remaining 600, originally planned to be completed by February 26.

On February 28, Burundi’s government eventually relented, lacking support or leverage on the issue, and that the remaining soldiers would return in early March, according to high-level anonymous sources of AFP, cited by TV5Monde.

28 February is the deadline of AMISOM to have repatriated 1000 Burundian troops on a peacekeeping mission in Somalia. According to sources in Somalia, 600 remaining troops will return from the beginning of March, without further details

Why does Burundi object to AMISOM's troop reduction?

The EU – a major funder of AMISOM – tried in 2017 to avoid passing the funds for soldiers’ salaries and equipment directly via the government, which takes a percentage ostensibly for equipment and other expenditure. This led to a standoff until an agreement was reached, although RFI reported soldiers accusing the government of appropriation.

Observers such as anti-corruption campaigner Gabriel Rufyiri see a connection between the request for Burundi to reduce its troops and its ongoing tensions with the EU, and discontent from East African Community (EAC) and AU politicians, particularly Uganda, over the failure of mediated dialogue.

This dialogue intended to resolve the grinding political crisis surrounding Nkurunziza’s controversial third term in 2015, and subsequent constitutional changes. Burundi’s government intransigence is seen as heavily responsible — along with weak international engagement — for the dialogue struggling to get started. Burundi did not even attend the last round in late 2018.

Since 2015, many organizations, including the UN Commission of Inquiry, Human Rights Watch, or APRODH,  documented systematic rights abuses — especially against the opposition — clampdowns on media and nongovernmental groups and clashes with rebel groups. Officials reject reports as manipulated.

In response, the EU and other international partners implemented sanctions and cut direct aid to the government — which it heavily relied on — seeking to redirect it to NGOs on the ground. These organizations have found themselves under increased government control and pressure. In particular, new rules in late 2018 on financing and ethnic quotas prompted some, like Handicap International, to leave the country.

The troops’ return raises serious questions about security both in Somalia and in Burundi.

First, a troop reduction may spark potential problems for Burundi's military. Dangerous peacekeeping missions are better paid and more attractive as opportunities for soldiers. Many could be discontented with losing the AMISOM prospect, which could aggravate politicized divisions within the army originating in Burundi's civil war.

Second, critics point to an apparent contradiction in Burundi's government sending troops to improve foreign citizens’ safety while the human rights situation at home has deteriorated, with arbitrary arrests, torture and killings. Burundian blogger Apollinaire Nkurunziza reported that on the ground in Somalia, however, locals have shown appreciation for Burundian troops.

Controversy occurred, however, over AMISOM soldiers accused of killing civilians.

Third, while AMISOM’s eventual aim is to withdraw and hand over to Somali forces, there are concerns over capacity and future stability, including some from Somali officials. Al-Shabaab still controls territory and can launch deadly attacks, including outside Somalia, notably Kenya.

This episode seems to reflect ongoing tensions with EU and EAC governments over Burundi’s crisis. Regional governments are not united either, and the government has repeatedly faced off with the EU, AU, and International Criminal Court, among others, over rights abuses and dialogue with opponents. The CNARED Burundian opposition coalition in exile has also suffered further divisions.

More standoffs could occur, then, as the political-economic crisis continues – with hundreds of thousands still in underfunded refugee camps and proxy conflicts in eastern DRC – and new elections in 2020 are fast approaching.