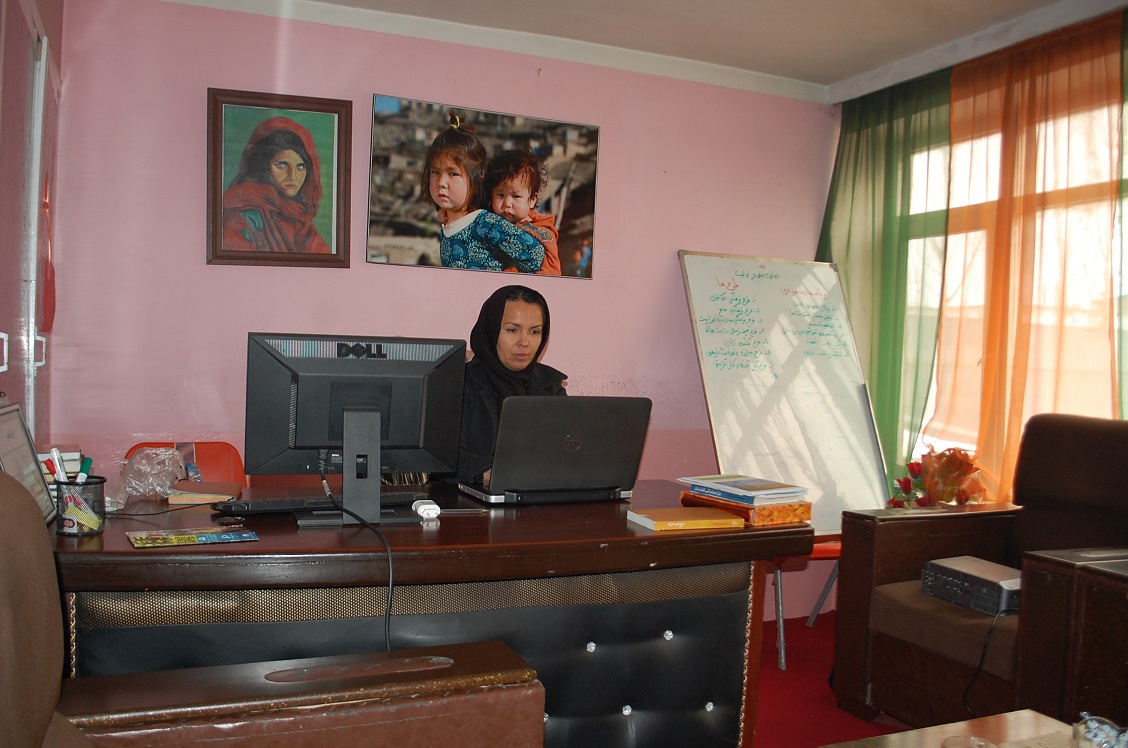 Zahra Yagana, director of Green Home, at her office in Kabul. Photo by Ezzatullah Mehrdad.

On August 15, 2018, 17-year-old Shukria was studying to pass university entrance exams in Afghanistan's capital Kabul when a suicide bomber struck, killing at least 34 of her peers.

Shukria was among scores injured in the attack and doctors gave her only a five percent chance of walking again.

But a month later, a network of volunteers raised enough money to send the high school student to India in order to receive care. Following subsequent recuperation in Kabul and further treatment in Iran, her chances of regaining the ability to walk have increased to 95 percent, according to Zahra Yagana.

Yagana, a single mother of two teenagers, was among those leading the fundraising effort, and also paid an early visit to Shukhria when she was first hospitalized.

“I was doing the job a doctor in a public hospital (should do),” says Yagana.

“Everyone there was telling Shukria that she would not able to walk, but I was telling her that she had to walk.”

Yagana, who directs the Green Home NGO, was no stranger to volunteer work by that point.

In 2017 she started a Facebook Campaign called ‘Sympathy Campaign’ to raise funds for the treatment of a civilian who was wounded when armed men opened fire on a car he was traveling in. The campaign attracted national attention after President Ashraf Ghani donated money to it.

Yagana says she started the campaign to “teach people to help each other” because “any one of us can be the next victim of this war.”

After four decades of almost non-stop conflict and amid a militant insurgency strengthened by U.S. troop withdrawals, that statement seems impossible to contradict.

A recent report by the U.N. contended that there were 3,804 civilian deaths and 7,189 civilian injuries due to conflict in Afghanistan last year, a figure higher than any other since the U.S.-led invasion in 2001.

The figure also includes a record number of children.

State support for sufferers of gun and bomb attacks, as well as the loved ones they leave behind, is close to non-existent, making grassroots activism all the more important. 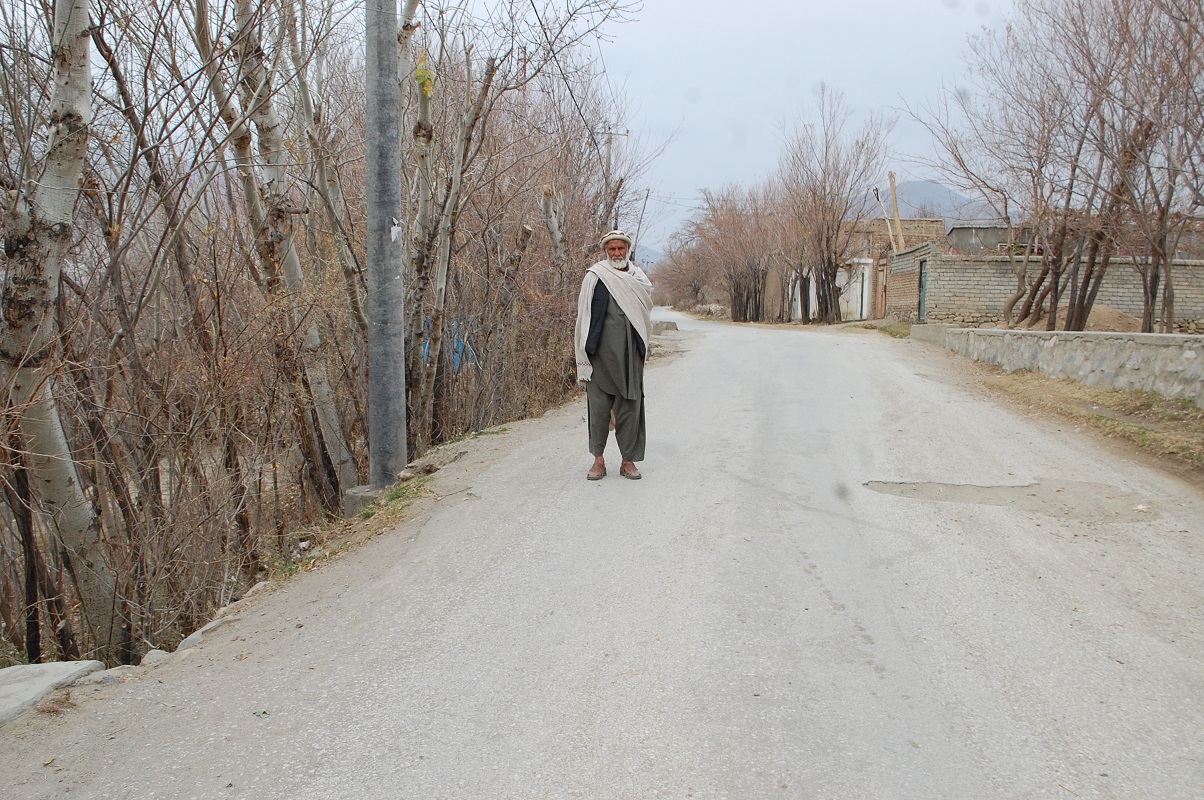 Sayed Naqibullah, the father of an Afghan traffic policeman who was killed by a suicide bombing, poses for a photo in his hometown Parwan. Photo by Ezzatullah Mehrdad.

The man that Yagana raised money for on that occasion eventually died after receiving treatment, and Yagana accompanied his corpse to his home province of Daikundi where he had left behind a wife and seven children, including a nine-year-old son.

The boy watched the funeral of his father in a daze.

“My father had promised me of a bicycle if I scored well at school,” the boy told Yagana, in tears.

Months later Yagana kept the boy's father's promise, after he performed well in school tests, and saved the raised money to pay for the educational costs of the man's other children, the oldest of whom is now at university in Kabul.

“All I want is to leave a legacy,” says Yagana, who was married off to a narcotics addict at the age of 13 and gave birth to her first child at 14 while living as a refugee in Iran.

“Someone drinks to feel inner peace. Another reads a book. I help others to reach that same peace.”

‘First on the scene’

Green Home is one of several Afghan support groups focused on helping victims of the conflict.

While this patchwork of grassroots structures is far from sufficient relative to the scale of the challenge they face, it has already fostered concrete improvements in dozens of lives.

Asif Yousufi, an entrepreneur and photojournalist, offers support to victims in his spare time along with his collective of dedicated volunteers.

“We are often the first group that arrives on the scene of suicide attacks,” says Yousufi. “It leaves its emotional trauma on you.”

Yousufi regularly visits hospitals to collect information about bombing victims for an Australian-based foundation dedicated to their support called the Baba Mazari Foundation.

The response of victims is a key source of encouragement to continue, he adds. “They tell us: ‘Humanity exists, there is someone who cares about us.'” 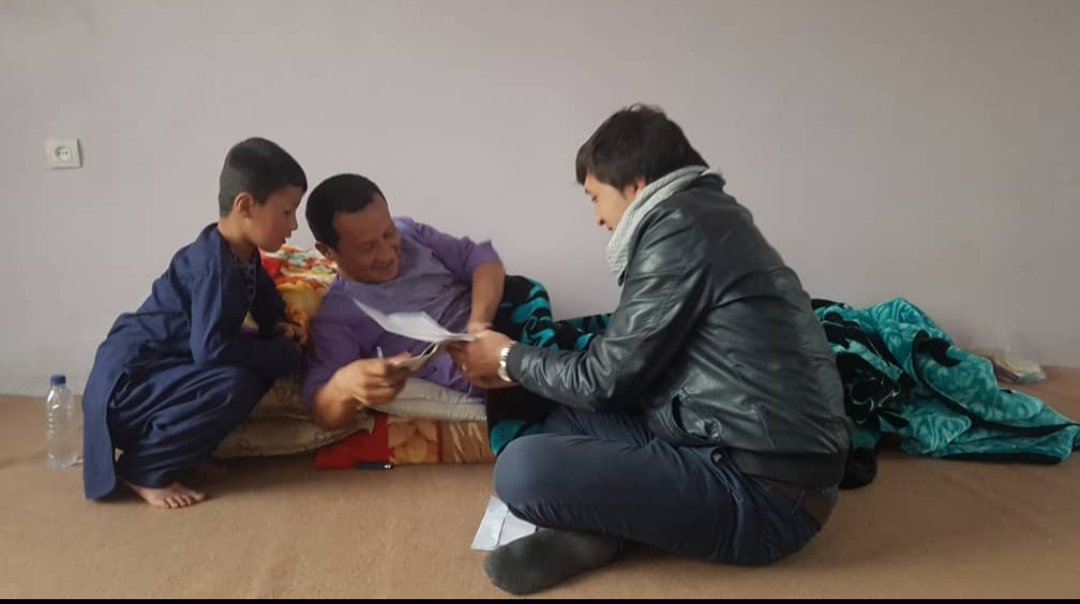 Asif Yousufi, an Afghan entrepreneur and photojournalist, sits next to a wounded man. Photo used with permission.

A different kind of champion

Social media has become a vital tool for local fundraisers, and support from existing social influencers can make a big difference to campaigns.

“It’s great to see that out of a population of 30 million, at least 10,000 people are ready to help,” says Ahmad Roman Abasy, in reference to a campaign he ran last year to help a drug-addicted single mother in the northern city of Mazar-e-Sharif.

Abasy is a former national Taekwondo champion, who retired in 2017 due to an injury. Nowadays he is a champion of the grieving and wounded, and has harnessed his popularity as a sportsman to become a highly effective crowd-funder.

The change in lifestyle has helped him to see his fellow citizens with new eyes.

Abasy's most notable campaign saw him raise funds to support the family of a fallen Afghan soldier who was executed by the Taliban in Afghanistan’s Farah province  in May 2018.

Thanks in part to Abasy's promotion, the soldier became a viral social media icon. The crowdfunding campaign had raised $3,000 before the month was out.

“I thought: I can really help people through Facebook,” says Abasy. “The more I get immersed, the more people in need I see.” 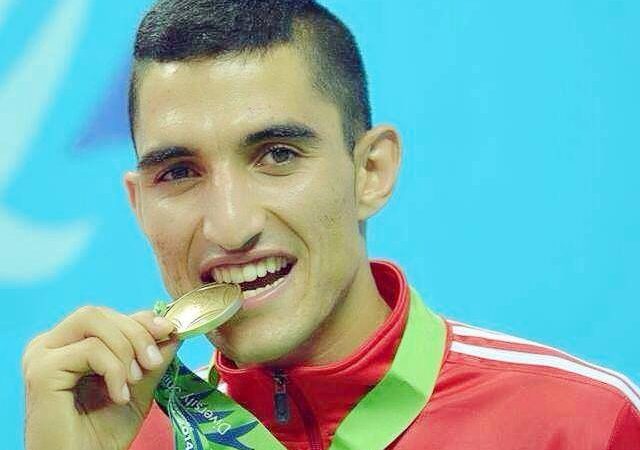 Despite challenges with internet access outside Kabul, the effects of such activism can extend well beyond the Afghan capital.

When Sayed Naqibullah, a farmer in Parwan province, learned his recently-married traffic policeman son Gharibullah was killed in a suicide attack in Kabul on November 12, 2018, his world fell in.

During the funeral on the same day, the mourning father's phone rang. It was Abasy, calling to ask his permission to raise funds on his behalf. Naqibullah's family now receives 7,000 Afghani (USD 100) every month from an anonymous donor.