Is Japanese proficiency or nationality the problem? 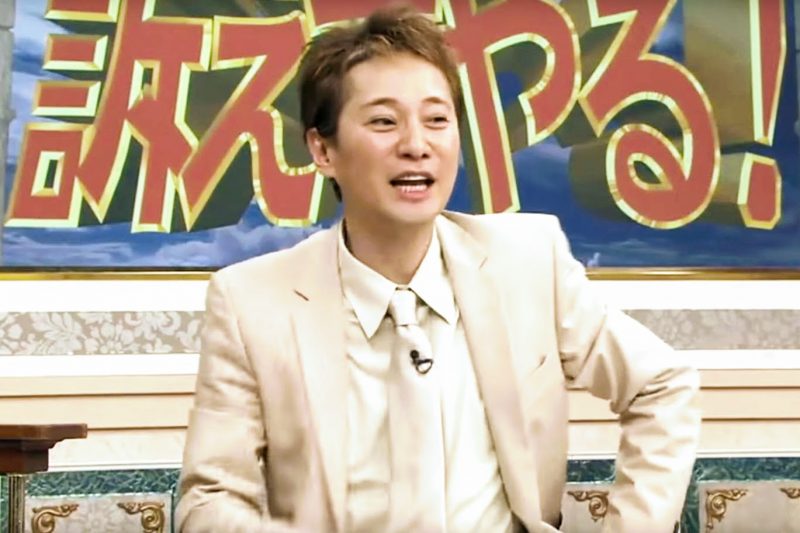 An insensitive quip by a well-known television personality about the Japanese ability of a store clerk has sparked discussion on social media, including concerns the joke represents a contemptuous attitude towards foreign workers.

Nakai's remarks generated laughs from the other television personalities on the program, who then recounted their own experiences interacting with “foreign convenience store clerks” (外国人店員).

As a member of the now-defunct “Johnnys” boy idol group SMAP, Masahiro Nakai, now 47, was once one of Japan's biggest pop culture stars for much of the 1990s and 2000s. While his omnipresence and ubiquity have faded over the past decade, Nakai still regularly appears on and hosts the variety programs that dominate Japanese prime time television seven evenings a week.

A Japanese Twitter user and language learner with the handle Wijita shared a short video clip of Nakai's quip that has since been viewed several million times, and the Twitter thread includes hundreds of comments and perspectives on what happened.

The foreign convenience store clerk's Japanese was a little off, but it made me laugh. (´-ω-｀)

However, if someone would ever mock my workplace English or Spanish like this, I would probably be traumatized. I think it's really challenging for non-native speakers (of any language) to achieve true fluency.

The thing that makes me most uncomfortable was the comment, “Why was a foreigner teaching Japanese people how to do their jobs? Is he supposed to be a supervisor?” getting such huge laughs.

What's so funny about a foreign worker being better at the job than a Japanese person? That comment really brought the discrimination (against non-Japanese workers) to the surface.

Foreign workers serve a much-needed role in Japan, which is struggling with labor shortages in almost every industry. There are at least 55,000 non-Japanese workers employees as clerks at convenience stores across Japan. Many are foreign students enrolled in Japanese schools, or foreign “trainee” workers who have been allowed by recent changes in labor laws to work for much lower pay.

Japan's relative population decline, combined with efforts by the central government to recruit more and more trainee workers from countries such as Vietnam, China, Nepal, and India, means there will likely be even more foreign convenience store clerks in the future.

Interviewed for an article about Nakai's remarks in online magazine Wezzy, media commentator Keiko Kojima, a former Japanese television presenter who now resides in Australia, remarked that Japanese people are just not accustomed to hearing anything other than perfect Japanese:

In Japan, even if (a non-native speaker)'s intonation is just slightly off, a typical response is “they're really fumbling around with the language, aren't they?”

However, even though the foreign population in Japan is going to keep on increasing, native Japanese speakers will always occupy a higher social rank.

If these foreign workers are always going to be compared to (various foreign-born television personalities in Japan who are generally recognized to have achieved a remarkable degree of Japanese fluency), they will never be accepted as part of Japanese society.

The irony of Masahiro Nakai's remarks about the Japanese fluency of foreign convenience store clerks is that there have long been criticisms of the language ability of even native Japanese speakers in the service industry.

When interacting with customers, store clerks are expected to use a highly formal and polite register of Japanese called keigo. Keigo includes specialized vocabulary and diction that most professionals with a postsecondary education will master by the time they enter the workforce.

However, even Japanese part-time employees may not have this education in keigo, and so convenience store operators and other businesses in the service industry produce manuals for clerks and employees to follow. The result of this “manual keigo” in convenience store interactions can be robotic and grammatical Japanese, no matter where in the world the worker comes from in the first place:

Critics take issue with the use of what they see as a mindless, one-size-fits-all application of honorific speech in the service industry—a mechanical approach at odds with the contextual nature of the Japanese language.

As for the discussion about the intent and appropriateness about Masahiro Nakai's February 27 comments on ‘Nakai no Mado’ about foreign convenience store clerks, Wijita wrote a blog post after their tweets went viral. However, Wijita had to then temporarily take down the blog post due to strong backlash that included negative and abusive comments.

Apart from Wezzy, few media outlets in Japan picked up on Nakai's comments on his program on February 27. This could be because there is still little mainstream awareness in Japan about discrimination against foreign trainees who work in convenience stores, or because few television viewers are paying attention to Masahiro Nakai's late-night variety program.