For the first time in Brazil's history, there is an indigenous woman in the National Congress 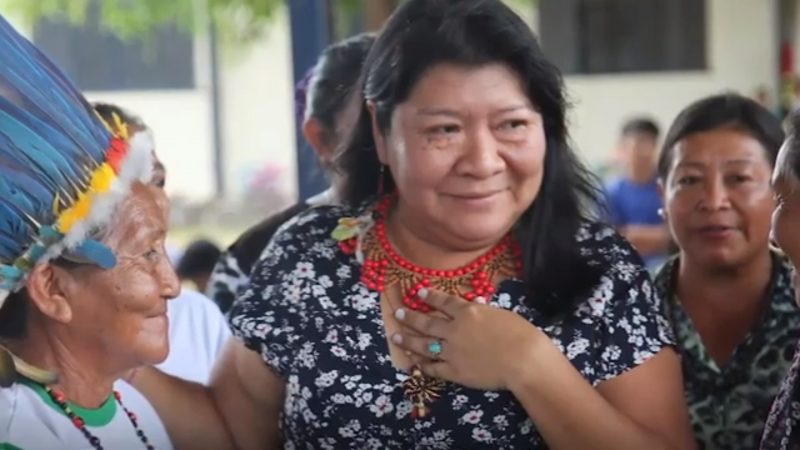 Joenia was the first indigenous woman to have a Law degree in Brazil. Image: Screenshot of video by United Nations Web TV.

Her 8,491 votes elected her to one of the eight seats destined to her home state, Roraima. The only time Brazil had an indigenous congressman was in 1986 — Mario Juruna, of Xavante ethnicity, was elected in 1983.

Born in a Wapichana tribe, Joenia moved to Boa Vista, Roraima's state capital, when she was eight years old. She juggled her law degree with a job at an accountant’s office and, she said in a recent interview, graduated a year earlier than expected, fifth in her class, and amongst the children of Roraima's oligarchy.

In December 2018, already as an elected congresswoman, Joenia won a UN human rights prize for her outstanding achievement in promoting indigenous peoples’ rights. The same recognition has been given to Nelson Mandela and Malala. 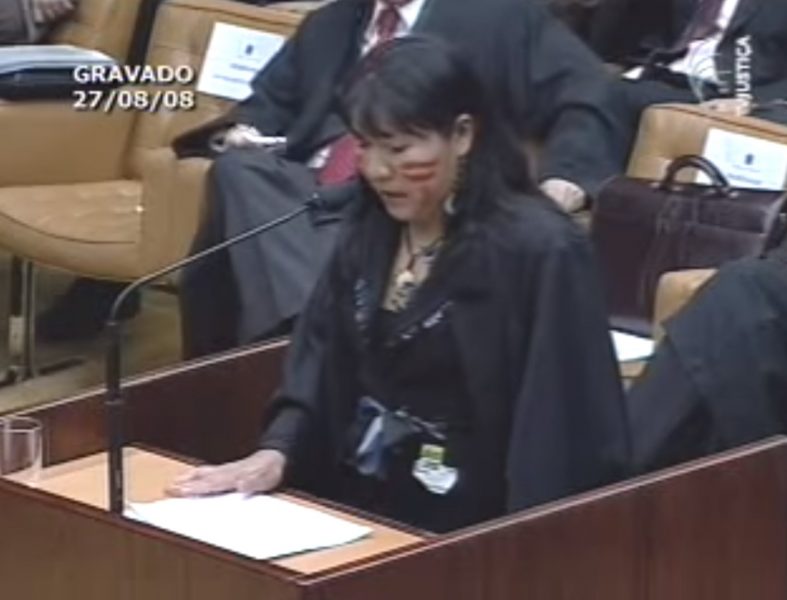 Joênia made history in 2008 when she argued a case brought by five indigenous groups to have their land officially demarcated as an Indigenous Territory, a type of tenure that confers indigenous peoples inalienable rights over their traditional homelands.

The court ruled in favor of the indigenous groups, who now are permanent possessors of the largest Indigenous Territory in Brazil — the lands of Raposa Terra do Sol, located in the state of Roraima.

Meanwhile, Jair Bolsonaro, still a congressman at that time, insulted an indigenous activist who had attended a public hearing at the Chamber of Deputies about the Raposa Terra do Sol demarcation. “You should go outside and eat grass to keep with your origins,” Bolsonaro said on the occasion.

Shortly after his electoral victory in 2018, Bolsonaro brought up Raposa Terra do Sol again as an example of an indigenous territory whose economic potential should be exploited. He told reporters:

It’s the richest area in the world. You can exploit it in a rational manner. And, from the indigenous’ side, giving them royalties and integrating them to society.

Ten years ago, with red painting on her face, in the tradition of her ethnicity, Joenia mixed Portuguese and her native language to remind the Justices that around three million US dollars circulated within those lands every year without that counting towards the Brazil's economy. “We are slandered and discriminated inside our own land”, she said. 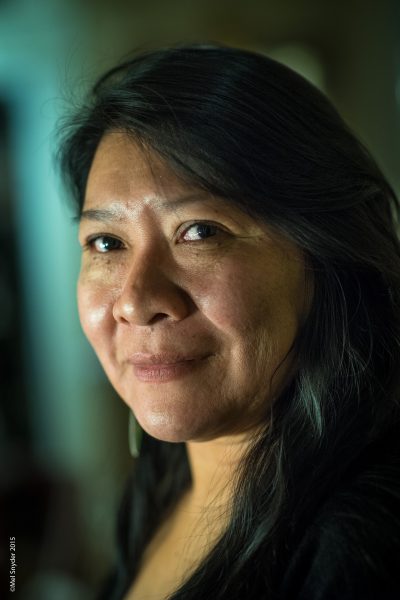 While she prepared to take her congressional seat as an opponent of Bolsonaro’s government, she told reporters at Folha de São Paulo, a national newspaper:

Why does he [Bolsonaro] persecute indigenous people so much? What is the reason for such hate and appetite for retreat?

We have tourism, traditional medicine, a vast biodiversity in the Amazon. We need to change this belief that we are a hindrance to development, that we are hurting A or B. We must become protagonists ourselves as well.

Brazil's Congress took office in February 2019 and Joênia began her term as the leader of her party, Rede Sustentabilidade (or Sustainability Network in Portuguese), in the Chamber of Deputies, the federal legislature's lower house. Rede was founded by former Environment Minister Marina Silva, who despite losing three consecutive presidential elections is a household name in Brazil's environmental activism.

Following the dam disaster in Brumadinho, a tragedy that killed over 160 people and destroyed all life at the Paraopeba River, Joenia presented her first bill proposal, which renders environmental crimes that seriously affect ecosystems, human health, and lives, “heinous crimes”, a type of offense that incurs in more severe penalties.

A day before taking office, the congresswoman told Folha de Boa Vista, a local newspaper from her home state, that the bill addresses private corporations’ carelessness with the environment:

We are concerned with the government's policies of weakening mechanisms that were created to protect a healthy environment, as foreseen in our Constitution, and the associated social impacts. [Among those mechanisms], for instance, there is the environmental licensing process, [which helps curb] the lack of accountability by companies and the low power of control by the State.

Speaking with the BBC, Joenia says her top priority in Congress will be the demarcation of indigenous lands:

If on one hand you have half a dozen ruralists, on the other there is a whole population of minorities that see themselves represented by me in there. It’s a group that needs representation. The old politics is made out of people who only think about individual gains. I will bring collective values.