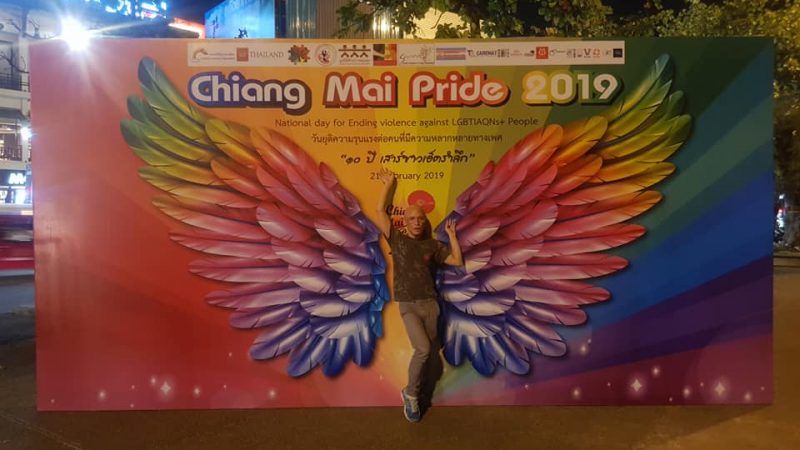 On 21 February 2019, Chiang Mai celebrated its first LGBT Pride festival since 2009, after the city’s last Pride Parade was cancelled due to harassment from counter-protestors.

On 21 February 2009, what would have been Chiang Mai’s second Pride Parade was threatened and forced to shut down due to hostile opposition. The parade was blocked by around 200 protestors who surrounded the parade with trucks and loud speakers and threw objects and insults at the participants. The protestors were demanding that the organizers call off the parade since they saw gay parades as an insult to Chiang Mai’s culture. The protestors also blocked other participants from joining the event, and there were reports that police officers who were supposed to be guarding the event did nothing to help.

This incident led to the formation of the ‘Sao-sow-ed’ group (a name which roughly translates to ‘Saturday the 21st’) and the declaration of 21 February as ‘Stop Violence Against LGBTQIs Day’, but Chiang Mai had not celebrated another Pride — until this year.

The 2019 Chiang Mai Pride Parade started at the Chiang Mai Religion Practice Centre, where the 2009 Parade would have started if it had gone ahead, and ended at Thaphae Gate. There was also a Chiang Mai Pride Ambassador 2019 Contest. The organizers also read a statement of the history of the LGBT Community’s fight against violence and a candlelight vigil was held in remembrance of the 21 February 2009 event.

As the 2019 general election draws near, more attention is being paid to LGBT rights, especially to marriage equality. Political parties are now proposing policies which will promote LGBT quality of life and equality. The country is also in the process of passing a Civil Partnership Bill. Despite its flaws, if this bill is passed, it will offer same-sex couples in Thailand the legal recognition they have long waited for.

The Thai LGBT community still faces everyday discrimination and violence. Transgender students still cannot dress according to their gender identity in schools and universities, nor can transgender people change their title. And even if the Civil Partnership Bill passes, same-sex couples would not receive all the same rights as heterosexual couples. Nevertheless, there is hope that the country is moving in the right direction.