Revision of the constitution enshrines military's position above the state. 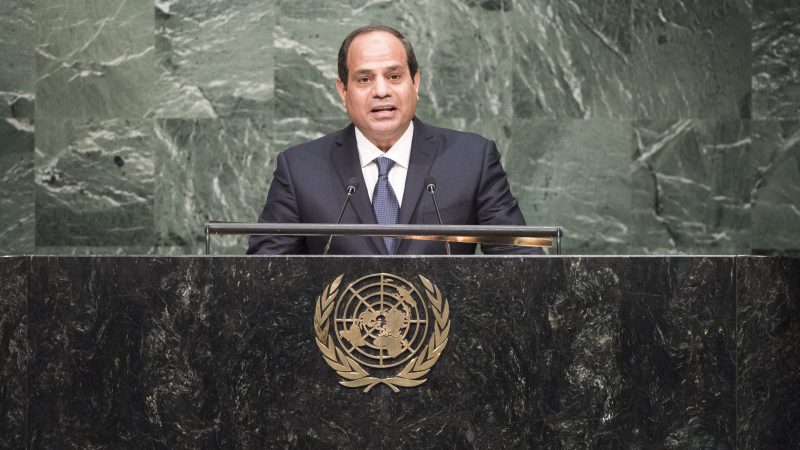 The following article is written by an Egyptian journalist who preferred to remain anonymous for security reasons.

Of the 596 members of Egypt's parliament, 485 voted in favor of extending Egyptian President Abdelfattah al-Sisi's ruling term that could see the 64-year-old leader in power until 2034.

Originating in the house of representatives, the constitutional amendments had been preliminarily proposed by Sisi's die-hard political party “Tahya Masr” in early February 2019, which opened the channel for a parliamentary debate.

As a result, it received initial endorsement after three consecutive sessions that lasted for 10 hours on February 14. The parliament's legislative commission received the amendments to be drafted into legislation and submitted to parliament with 60 days for a decisive vote. If the government secures votes from two-thirds of members of parliament, a national referendum will be held in line with the conditions of the 2014 constitution authored by Sisi backers.

Revision of the constitution gives the current political dynamics an overriding power and enshrines the military's position above the state.

The amendment further suggests that the rule could have a vice president or two vice presidents appointed. The proposal guarantees unprecedented authority to the military, presenting an amendment to Article 200 that tackles the constitutional role of the military, adding the new phrase “protection of the constitution, democracy, the state, and its secular nature, and personal freedoms.”

According to an analysis titled “Generalissimo Sisi,” produced by the Carnegie Endowment for International Peace, a foreign-policy think tank, this addendum grants the military “a constitutional right to carry out a coup and impose direct military rule, especially if an Islamist electoral victory threatens the ‘secular’ nature of the state. It is worth noting that Egypt has been home for Islamists, represented mainly by the Muslim Brotherhood Organization which won the 2012 elections and was later toppled by Sisi in 2013. Since then, the Egyptian government has adopted a crackdown approach to Islamists.

In fact, the proposed amendments go beyond military clauses and further strongly curtail judicial independence. Articles 185, 193, and 190, which primarily deal with judiciary budgets, supreme constitutional court affairs, and the duties of the state council are likely to be revisited.

The proposed amendments give authority to the president to appoint heads of judicial, oversee secondments and promotions, and offer an advisory role to the head of state to become the arbiter for draft laws that regulate judicial affairs.

The amendments strip the state council of its right to review any judicial oversight over the contracts signed by the state or one of its public institutions — and does not designate a replacement. Considering that military interventions had been largely favored by a court ruling, gradually undermining Egypt's judicial autonomy, the suggested constitutional changes are bound to limit judicial power.

The reformation of the parliament was likewise addressed. According to the Washington Post, the amendments will “bring back a lower chamber, or Senate, with mainly an advisory role. The Senate would have a minimum of 250 members, with two-thirds elected directly and the remainder appointed by the president.”

Human Rights Watch criticized the proposed amendments, saying that they would “undermine judicial independence and expand executive powers that are already being abused.”

Sisi previously said that he wouldn't run for president — let alone for a second term —  but he is the one who led the army's overthrow of former president and Muslim Brotherhood-affiliate Mohamed Morsi. Sisi took office in 2014 following a landslide victory capitalizing on a popular anti-Muslim Brotherhood wave.

Sisi was then re-elected in 2018 virtually unchallenged.

Egypt, a country of about 100 million citizens, is full of social media-savvy political activists who thrive despite the ongoing government crackdown on freedom of expression. The parliament's move triggered reactions from across Egypt and other parts of the world accusing Sisi of being an authoritarian president.

The rejection power is huge. Let us all unite and coordinate among us, so we win. It has been long since we agreed on a unified opinion.

Raise your head high, you're an Egyptian. Salute to Ahmed Tantawy. May God Bless you.

Member of the Egyptian Parliament Haitham El Hariry, who voted against the proposal shared the names of the MPs who adopted the same vote through his twitter account. The name list include a number of 16 names that voted “No”