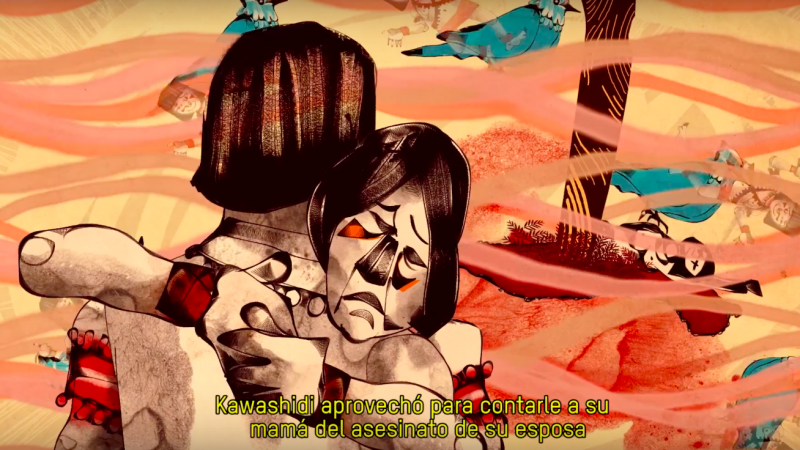 Dijaawa Wotunnöi is an ancestral myth of the Yekuana, an indigenous people who live in Venezuela and Brazil, that was turned into a short animated film by Saúl Kuyujani López.

The film is completely spoken in Yekuana and has subtitles in Spanish. Several Yekuanas participated in the project as translators and researchers, and also contributed their voice to the film's characters. The author of this story was also part of the production team.

The myth explains how the Yekuana people came to be descendants of bats. Part of the explanation lies with the life story of Kawashidi, a Yekuana man whose wife is killed by an evil spirit who then challenges him and tests his intelligence.

Saúl Kuyujani López documented the myth as it's told in the community of Santa María de Erebato, located in the banks of the Caura river (Alto Caura) in the Bolivar state, Venezuela.

The UNESCO Interactive Atlas of the World's Languages in Danger classifies Yekuana as a vulnerable language. Yekuana teachers say that most parents do not consider important to pass on their language to future generations. Many take their children to cities so they can learn to speak Spanish well. As a result, children lose their family's language.

For this reason, the animated adaptation of Dijaawa Wotunnöi aims to preserve the oral aspects of the Yekuana language through the audiovisual format.

The film was produced by Creaser Creative Studio and supported by the Indigenous Organization of the Cayu Kuyujani Basin and the Humboldt Forum. The first screening took place at the Humboldt Forum in Berlin, Germany, in July 2017.

The short film was selected in the official programme of the 13th International Film and Communication Festival of Indigenous / Native Peoples (FICMAYAB), which was held in Guatemala in October 2018. The national premiere was held at the Indigenous Film Festival of Venezuela, in November 2018.