What diapers taught me about Europe 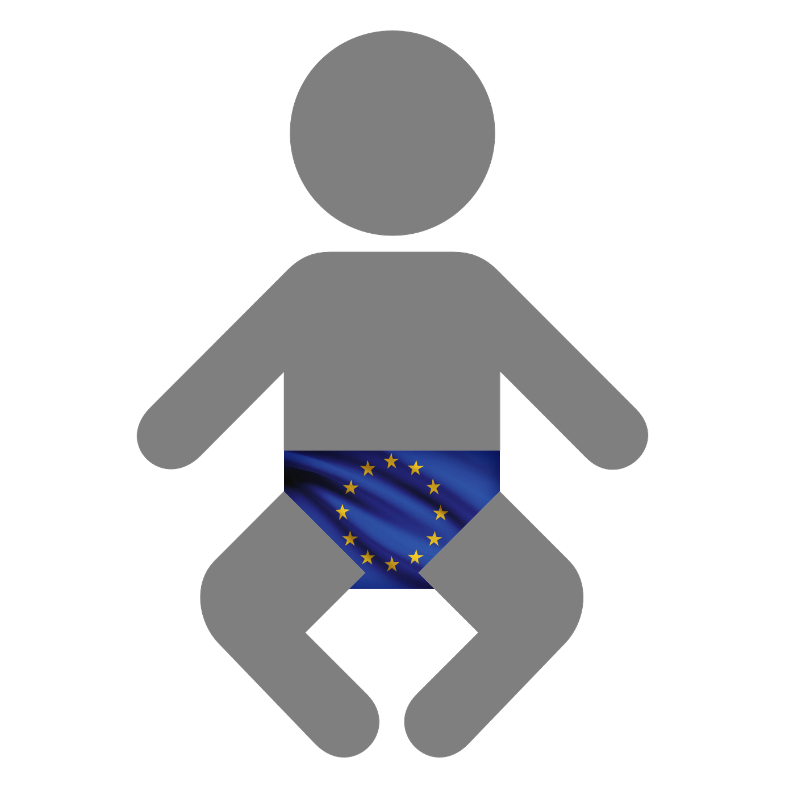 When I arrived in Germany as a student two years ago, it surprised me to see mothers using cloth diapers, as people did decades ago in my home country of Turkmenistan. Although Turkmenistan is currently experiencing an economic crisis, parents aspire to use imported disposable diapers and leave behind the centuries-old tradition of cloth diapers, which is now perceived as backward. How was it that Western Europeans, who are financially better off than the average Turkmen, were choosing cloth, particularly when they had at their disposal was a plethora of different brands of modern disposable diapers?

Similarly, I found Western European youth odd and eccentric. They seemed to be experiencing a creeping ennui regarding famous brands, using cotton totes instead of designer bags and proudly wearing second-hand clothes that made them look anything but wealthy. As a foreign student from Turkmenistan, I could not help but wonder if a certain kind of romanticized poverty was a normal lifestyle in affluent Western Europe, a part of the world many Turkmens dream about moving to.

Munching on schnitzel in the canteen and chatting over lunch, I also learned that many of my German course-mates and professors followed a so-called “mindful” diet, which means avoiding certain foods in order to reduce your environmental impact on the planet. I could not help but wonder if I—and, for that matter, all Turkmens—whose diet primarily comprises of meat, am not “mindful”?

I spent my early days in Germany feeling awkward because I did not understand German culture and had a hard time fitting into my host country. In order to feel less isolated and blend in with my new community, I started to self-educate about ways of knowing and being in Western Europe. I discovered a whole ‘new’ world that was evolving that was largely unknown outside of Turkmenistan. I learned about climate change, Sustainable Development Goals (SDGs), circular economy, environmentalism, minimalism, and green lifestyle. With unrestricted access to the internet and information, my critical consciousness was awakened, and I began to reconsider binaries like “developed” and “backward” and re-analyze politics both in Turkmenistan and West.

I realized that while many better-educated and affluent citizens of Germany embraced a “postmaterialist” mindset, and now focus on quality of life and leading environmentally conscious lifestyles, we in Turkmenistan are becoming increasingly materialistic. In the absence of quality education and easy access to the internet, being environmentally conscious is neither a realistic nor obtainable goal for many Turkmenistani.

Access to information is also necessary for assuring public accountability. It is not surprising, therefore, to see teenagers in Germany and across Western Europe skipping school and taking to the streets to demand that adults protect their future from climate-change disasters. Many Turkmenistani, meanwhile, are clueless that Central Asia is also being adversely affected, and might face border conflicts as climate change reduces access to fresh water.

Disclosure of environmental information by governments, climate education in schools and access to information is the cornerstone for safeguarding people’s right to know and the public’s ability to participate in or take the lead on environmental protection efforts. Being environmentally conscious also requires the assurance that information will be made available and accessible to all citizens, which is not the case in Turkmenistan.

Having had the opportunity to live in Germany and be exposed to new ideas, I came to understand that the use of cloth diapers is not backward and wearing second-hand clothes is not a sign of destitution, but of eco-friendliness. I am afraid that many of my fellow Turkmens will take much longer to come to that realization. Some of them might not ever learn to appreciate our formerly thrifty lifestyle—mending clothes, passing outgrown ones to siblings—as progressive and environmentally friendly. I am also afraid that due to limited access to information and lack of awareness-raising initiatives, we will keep on undervaluing our environmentally-conscious traditions and a way of life to which many westerners aspire.

On the other hand, I don’t think Western Europeans acknowledge sufficiently that leading an eco-conscious lifestyle and attaining the SDGs is a feature of privilege. My German peers have probably never stood for hours on a line for a loaf of bread, sugar and oil. When you don’t have to fret about basic needs like food, have access to quality education and information, and live in a democratic country, it is easier to prioritize environmental concerns.