Life, death, and puppets: the stop-motion animation of Tomoyasu Murata 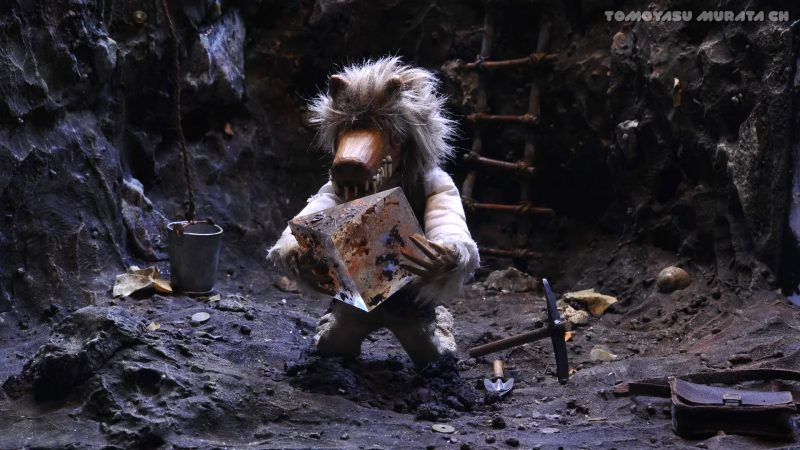 Tomoyasu Murata is a Japanese stop-motion animator and artist whose short films and installations explore the themes of life and death.

Murata, born in 1974, has produced films since at least 1998 and has recently gained attention outside of Japan. His works have appeared on the specialty movie service MUBI, and in February 2019 Murata's films were screened for the first time in North America by the Japan Society in New York.

Murata uses puppets and stop-motion animation rather than CGI, and his dreamlike films typically mix realism and fantasy as they straddle the living world and the afterlife.

Murata's most recent series of films centered on the Great East Japan Earthquake, the 2011 shock and tsunami that destroyed dozens of coastal towns, killed at least 20,000 people and resulted in a nuclear accident that contaminated several rural communities.

In the first of a trilogy of short films about the 2011 disaster, Ki-no Hana-no Sakuya Mori (木ノ花ノ咲クヤ森, ‘The Wood of the Flowering Trees’), an amnesiac wolf traces his past and escapes from hunters.

In an essay for MUBI, Murata writes:

The Japanese archipelago is a unique island formed by about 2000 active faults. They cause huge earthquakes all over in Japan in 100-year, 300-year, 500-year and 1000-year units. The earthquake caused the most serious damage in Japan on March 11, 2011 is one of the huge earthquakes that occur at intervals of a hundred years [sic]. Everyone was just stunned by the images we have never seen before of a tsunami attacking. Nearly 18,000 people died. I felt rather powerless and prayed deeply for the victims of the tragedy.

Japanese public broadcaster NHK produced a short documentary about Tomoyasu Murata in 2017 that can be viewed online with English and Chinese-language captions.

More samples of Murata's work can be found on his YouTube channel, on Vimeo, and his official website.

A film distributor has also uploaded a selection of clips of Murata's films.