To change the system from within or without: the dilemma for feminists in ‘New Armenia’ 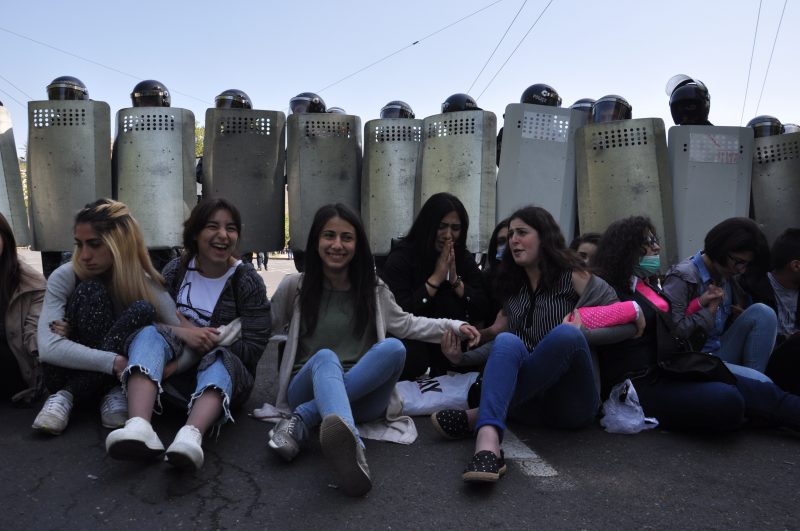 The following is a story by OC Media written by Knar Khudoyan and is republished by Global Voices under a partnership agreement.

As more and more women choose to enter politics in revolutionary ‘New Armenia’, a debate is raging within the country’s feminist circles: how best to transform Armenia's patriarchal systems — from within or without?

“It was the methods of the Velvet Revolution, i.e. centralization, horizontality, that allowed women to participate. You didn’t have to push women to take political action — it happened naturally.” This is how feminist Maria Karapetyan, one of the organizers of the ‘Reject Serzh’ movement that toppled decades of Republican Party rule sums up the role of women in the revolution.

While many women still get goosebumps from Karapetyan’s famous “Long live sisters” speech in Yerevan’s Republic Square on 18 April 2018, she has taken the decision — she says a hard one — to join the Civil Contract Party and run for parliament.

Karapetyan is not the only woman who thinks the Velvet Revolution must continue inside state institutions and local governments. The first post-revolutionary elections in the country, 23 September’s mayoral and council elections in Yerevan, saw swathes of women activists joining the My Step alliance backed by Prime Minister Nikol Pashinyan. 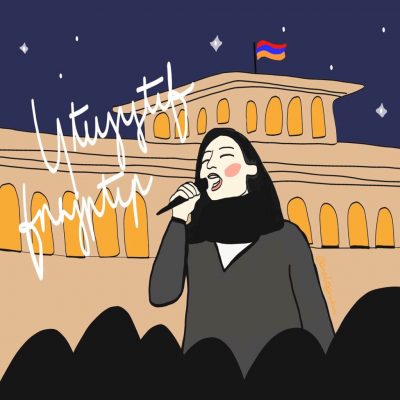 However, a certain subset of radical feminists in Armenia see working with the state as contradictory to the goals of feminism — women’s liberation. According to them, the state is the protector of private property and the family (property belongs to men, and family is the foremost place of women’s exploitation).

They argue instead that the fight for women as a “sex class” must come via empowering women’s communities and creating cooperative models of social relations, not via individual success stories of women who managed to break the glass ceiling.

Patriarchs with a human face

The new Prime Minister Nikol Pashinyan has been articulate on his views on gender equality. Emphasizing women’s role in his speech on May 8, the day he was appointed, Pashinyan said that “women’s massive participation is a factor that allowed us to call what happened a revolution of ‘Love and solidarity”' .

But then he added something that made feminists throughout the country wince. “The revolution proved that women’s active participation [in politics] is compatible with our national identity, our national perception of the family.”

Most feminists concede that the new government is not quite educated on what women’s movements are about. But many have been forgiving, at least for now, believing that combating the risk of counter-revolution is a priority.

“Yes — members of the new government are products of the same patriarchal society. They are patriarchal people, too. The difference is, they are ready to listen, to educate themselves, to collaborate with civil society, unlike their predecessors,” says Lara Aharonyan, co-founder of the Women’s Resource Centre in Yerevan.

Aharonyan thinks for women to participate, the state must first make certain steps forward. One such step, she says, would be to raise electoral gender quotas to improve the disproportionate gender balance in parliament.

“Women have to be present to talk about their needs. And if more than half of the population are women, for justice and for equal representation, women should make up 50 percent of parliament,” Aharonyan argues.

Trading in activism for party politics

Long before the Velvet Revolution, a key ally of Pashinyan’s, Lena Nazaryan, was one of the first women to trade in activism for party politics. As an outspoken environmental activist and critical journalist for many years, Nazaryan was one of the co-founders of Pashinyan’s Civil Contract Party back in 2015.

Nazaryan has now climbed the party-political ladder to head the Way Out faction in Parliament. As a role model to many young women, she is often harried for selfies by teenage girls.

“I don’t like it when women are presented as weak, as if they need to be pushed to be active. No, they should be present because women are needed. And when they are, they should prove it in their work,” says Nazaryan.

Most radical feminists in Armenia who refuse to compromise with the state do so without condemning other women’s decisions to do so.

“I don't say women should not engage in politics, I’m saying their participation should not be the end in and of itself,” says feminist activist Anna Shahnazaryan.

“Personally I don't care whether the mayor of Ejmiatsin is a woman if she doesn’t represent her gender […] The minister of work and social affairs is a woman, Mane Tandilyan, but for me its a problem that she doesn't speak up about women doing unpaid work as housewives.”

Galfayan warns against falling into the “trap” of being used as a token woman in politics.

“Women are being used to fill quotas, to give false hope that it’s getting better,” she says. 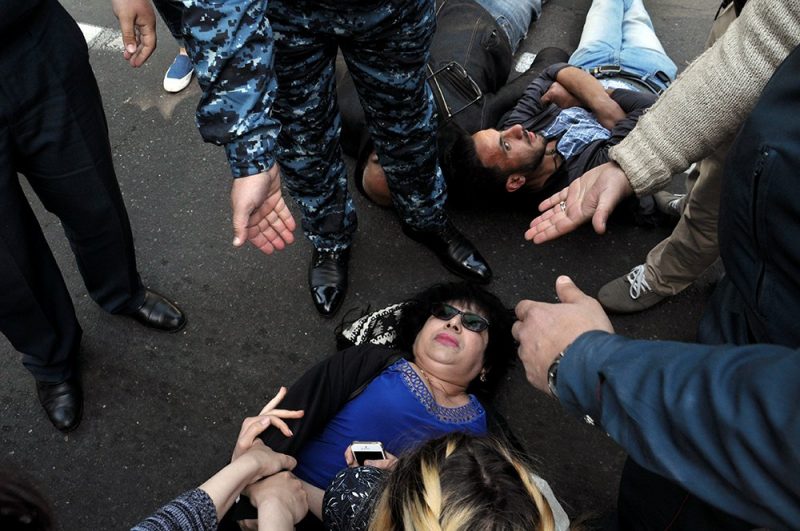 She says that globally, the system is “ultimately hierarchical; men (especially wealthy heterosexual men), have had privileged positions in these hierarchies for ages, and therefore women have a very hard time becoming part of the “club”. Finally, even those few women who do get to the top still have to serve the interests of this hierarchical, unfair system.”

“I prefer to work towards dismantling this system rather than making it look nicer. I prefer to support and strengthen systems which I believe are ultimately fair and liberating,” Galfayan says.

Dismantling the patriarchy from all sides

However, most feminists in Armenia agree that there is no dichotomy to “be reformer or a radical feminist,” and that change has always come with both forces in action together. They point to the Suffragettes movement in early 19th century Britain, in which militant women’s movements worked in parallel with conservative feminist groups.

Few politically active women in Armenia would disagree that the revolution should be continued, and that the famous feminist slogan — personal is political — still rings true. Some focus on ‘the personal’ of the phrase; working hard on themselves to win in an unequal battle with privileged men, while others fight to transform existing social relations.