The Caribbean needs to work on its homophobia, but it doesn't need a lecture 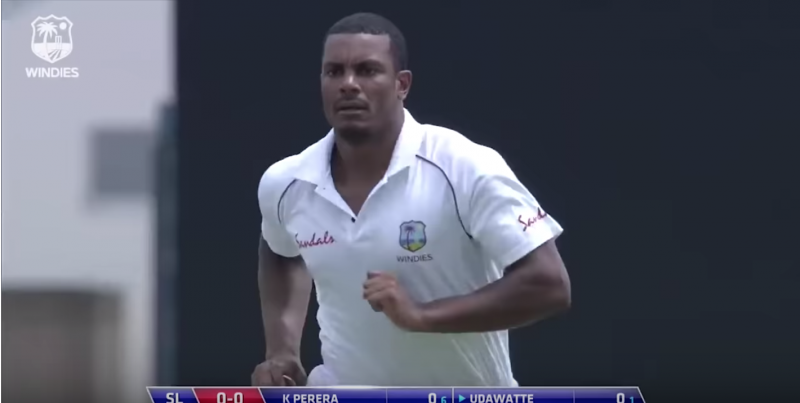 The test cricket fixture of the Wisden Trophy Test Series is now over, with the West Indies beating England in two of three matches to emerge the winners. But the spotlight on the two teams has intensified, thanks to a verbal exchange between West Indies bowler Shannon Gabriel and English captain Joe Root. Some news outlets are alleging Gabriel used a homophobic slur, something the player vehemently denies.

The resulting demerits for “personal abuse of a player […] during an international match”, and Gabriel's acceptance of the sanction, means that he will be subject to a four-match ban for the five-match one-day international (ODIs) series starting on February 20. The International Cricket Council (ICC) also docked 75 per cent of Gabriel's match fee.

Gabriel has since apologised and explained what happened:

The pressure was on and England’s captain Joe Root was looking at me intensely as I prepared to bowl, which may have been the usual psychological strategy with which all Test cricketers are familiar.

I recognise now that I was attempting to break through my own tension when I said to Joe Root: ‘Why are you smiling at me? Do you like boys?’

“Don't use it as an insult. There's nothing wrong with being gay.”

The resulting narrative has seen Root emerge as an unexpected gay icon and moral champion, while Gabriel comes off as unenlightened at best, despite his insistence that he told Root, “I have no issues with that, but you should stop smiling at me.” Gabriel said that neither he nor Root “ever expected the [issue] to escalate to the point that it has.”

The incident is generating discussion about the bigger issue of the Caribbean's approach to the LGBTQIA+ community.

Sports journalist Lasana Liburd, who, like Gabriel, is Trinidadian, noted that although he'd give no marks for guessing which of the two players “was derided as the backward (add stereotype here), regional cricket fans must resist the urge to make Gabriel […] the martyr of a global conspiracy.”

In his post, Liburd gave several examples of the pervasive attitude towards LGBTQIA+ people in the heavily religious Caribbean, advising:

Be open minded. We get smarter and more aware of our misperceptions as we age. If not, we are doing it wrong.

My pity is not for the LGBTQI community; but for those who view them through their own ignorance. I pray they critically challenge those biases one day.

To Gabriel’s credit, he […] accepted he was wrong. That is a solid first step. Trinidad and Tobago, collectively, cannot afford to give mixed messages to our young men and women on issues like this.

Looking forward for similar scale of punishment by #ICC for a similar breach of conduct by non-black, non-brown players!!#lgbt #gay #sexuality pic.twitter.com/6ZbhNTyv3q

Liburd also noted the double standard, recalling an incident years ago in which “top Australia pacer Glenn McGrath decided to spend as much time as possible questioning the sexuality of legendary West Indies and Trinidad and Tobago batsman Brian Lara”:

The Caribbean does not need lessons in morality from the likes of the ICC or the British media. But that does not absolve us from the responsibility to do the right things for ourselves.