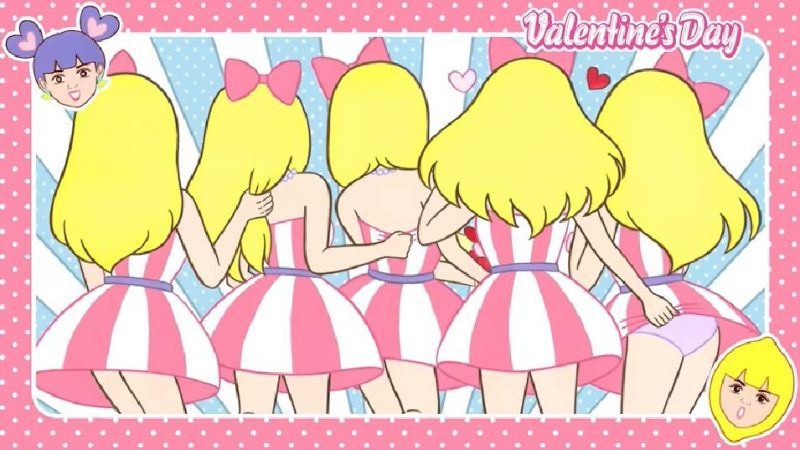 A Valentine's Day ad depicts female friendship as feuding and catty. Screenshot by IT media, fair use.

A now-pulled Valentine's Day advertisement from the department store chain LOFT is the latest in a long line of Japanese ad campaigns that have sparked controversy online for alleged anti-women messaging.

The offending advertisement was released on January 20 and taken down on February 4 after facing a wave of criticism on Twitter.

The advertisement's main image was a group of five blonde women clad in pink, released with the accompanying message, “Being a girl is fun!” (女の子って楽しい!), calling for women to celebrate the holiday with their female friends. On the surface, the advertisement appeared to depict a group of friends enjoying Valentine's Day together, an image that aligns with the ad copy. However, the accompanying video (now removed from YouTube and elsewhere online) implied something more insidious.

The video featured interactions between the friends like the following exchange (screenshots by IT Media, which reported on this story): 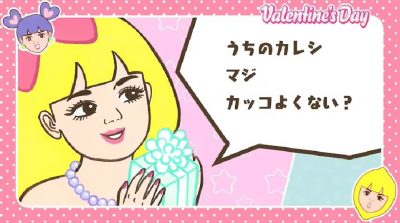 “Isn't my boyfriend so handsome?”. Image: screenshot by IT media. 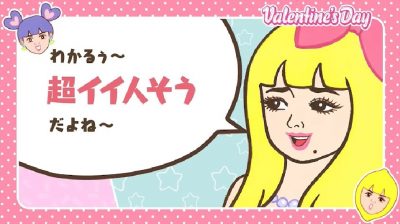 “Yeah, he seems like a nice guy.” Screenshot by IT Media, fair use.

These interactions end abruptly with the phrase zuttomo (ズッ友), a slang abbreviation of zutto tomodachi (ずっと友達) meaning “friends forever.” The use of the phrase is implied to be ironic, considering the strained nature of the conversations it proceeds.

The video's closing image was one of the five friends celebrating together while remarking, “It's so nice having just us girls!” 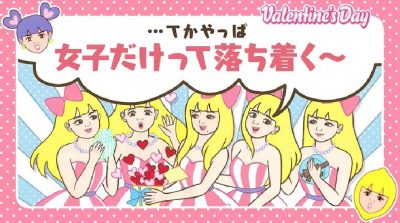 “It's so nice having just us girls!.” Screenshot by IT Media, fair use.

This surface-level affirmation of the virtues of female friendship is soon undermined, however, when the curtain pulls back to reveal the friends locked in a petty power struggle, tugging at each other's hair and clothing, with one girl even pulling up another's skirt. 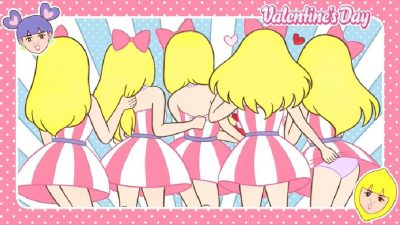 Screenshot by IT Media, fair use.

This depiction of female friendship as feuding and catty thinly veiled by a sugary facade rubbed more than a few people the wrong way, with some calling the views espoused by the ad outdated and misogynistic.

This is a virtual treasure trove of extremely problematic notions like, “Female friendship is shallow”, “Women are objects for male desire” and “If a girl pulls up another girl's skirt, it'll just be laughed off.” In what way does this make people want to buy Loft chocolates and celebrate Valentine's Day? What have advertisers got against women? This reminds me of the Go Go Tea fiasco.

Even after we've put the Go Go Tea controversy behind us, it seems it's back from the dead like a zombie with more inflammatory marketing making fun of women. Don't you think it's time we put an end to this kind of thing?

As many Twitter users have remarked, this latest incident is reminiscent of earlier controversies, such as the one surrounding an ad campaign for Kirin's Go Go Tea.

The 2016 commercial featured illustrated caricatures of the type of women who drink their tea, including “The Conceited Girl Who Thinks She's a Model” and “The Girl Who Depends on Her Friends for Everything.”

The Kirin tea campaign took to Twitter with a call to retweet if you knew anyone who fit any of the descriptions, but after a backlash from consumers the tweets were deleted and Kirin issued an apology.

Many questioned Kirin's treatment of its customer base with comments like, “I can't interpret this as anything other than Kirin making fun of the women who buy Go Go Tea”, “What's so fun about painting your own customers in a bad light?” and “I can't understand how this one made it past the drawing board stage”, while others expressed an intent to boycott Kirin products: “I was so offended by these illustrations that I honestly don't want to buy their products anymore” and “This advertisement objectifies, passes judgement on, and pokes fun at women.” […] Unfortunately, I won't be buying Kirin products anymore.”

Starring actor Sakura Ando, the video was intended to promote gender equality, yet it did so by downplaying the importance of a familiar rallying cry for greater opportunities for women when it asked: “We don’t need an Age of Women, do we?” 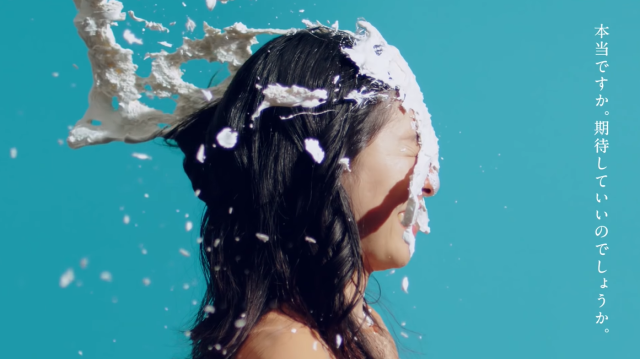 Screenshot from the now-pulled commercial, courtesy of Japan Today.

The choice of visuals is indeed a puzzling one, as having cream pies hurled at one's face probably isn't most people's idea of empowerment. The implication that an “Age of Women” is unnecessary, especially in a country that ranks 110th among 149 nations in gender equality, is perhaps premature.

One Twitter user has a theory about the apparent prevalence of sexist advertising in Japan.

Whether it's [L]oft, Sogo & Seibu, or Go Go Tea, we have a problem with advertisements aimed at women yet steeped in misogyny and almost universally offensive to women. Perhaps one of the reasons for this is the cocky old guys at the top of the advertising firms who started working at the height of the bubble economy and are still congratulating themselves for sticking it out after the bubble burst.

Others have shared a more charitable interpretation of the Sogo & Seibu ad, seeing the plates of cream as metaphors for the challenges life throws at us and applauding Ando's toughness as she continues moving forward.

I was reading an article about the Loft advertisement controversy and saw that the Sogo & Seibu ad also stirred up quite a bit of debate. I was surprised as I thought the ad was cool and quite liked it myself…