Nigeria's presidential elections — a test for democracy in Africa 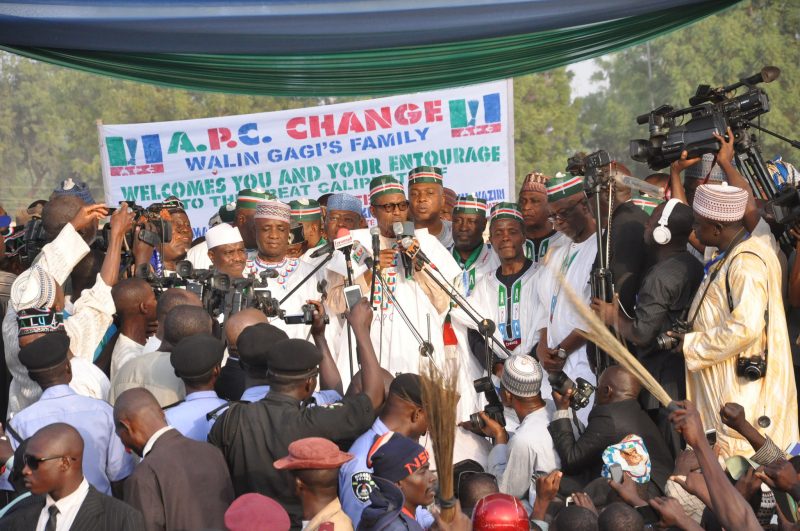 An All Progressive Congress rally during the 2015 presidential elections in Nigeria. PHOTO: Heinrich-Böll-Stiftung (CC BY-SA 2.0)

The African continent will witness 20 elections in 2019. The February 16 presidential election in Nigeria, however, is especially significant, as it coincides with the 20th anniversary of the country’s return to democratic rule. Nigeria also has the largest population on the continent—nearly 199 million, according to the latest statistics—so this election also has implications for the future of democracy in Africa.

Hence the usefulness of taking a broad look at the democratic process—of which elections is just one part—and examine aspects such as election violence, the power of incumbency, and the independence of the electoral and judicial umpires. 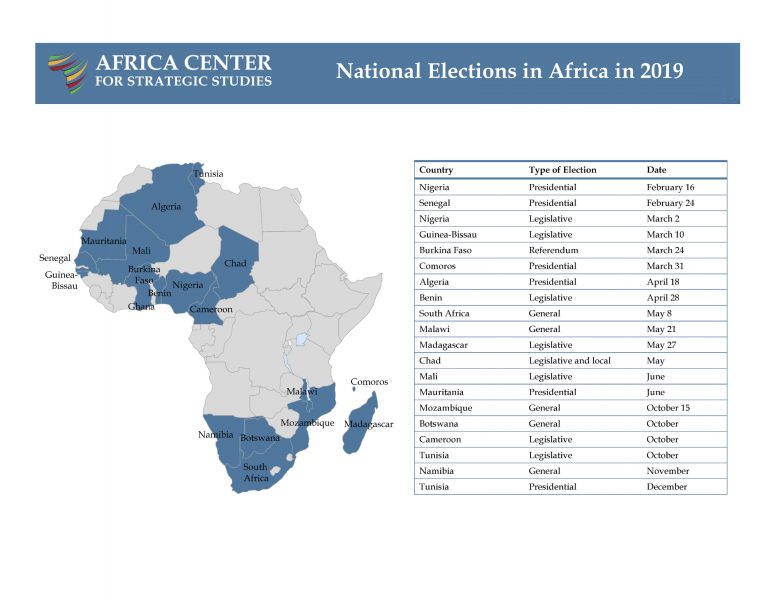 Nigeria has a history of post-election violence. In 2011, about 800 people were killed following riots in northern Nigeria after the election results were announced. In 2015, about 58 people lost their lives to pre-election violence.

For this reason, the two main contenders in Nigeria’s presidential race—the incumbent Muhammadu Buhari (All Progressive Congress) and former vice president, Atiku Abubakar (Peoples Democratic Party)—signed a peace pact in December 2018. Under the pact, both candidates have agreed not to promote violence before, during and after the presidential elections. But as laudable as the pact is, it does not guarantee violence-free elections.

The ethnic and religious divide between northern and southern Nigeria plays a great role in determining elections outcomes in Nigeria. It might seem that having two northern Muslims in the running—Buhari and Abubakar—should have reduced tensions ahead of the vote, but it has not. This may be due to the keenness of the contest, and the sense that Buhari, if defeated, might not easily concede.

The power of incumbency

The 2015 presidential elections marked a turning point in Nigeria with the defeat of the then incumbent, Goodluck Jonathan, by Muhammadu Buhari and the smooth transfer of power that followed. In an unprecedented move, Jonathan conceded defeat and called his rival to congratulate him.

On the African continent, as elsewhere, incumbency has both advantages and disadvantages. Incumbents have higher public profiles, a greater ability to raise campaign funds, and can back up campaign promises by pointing to their track record in office. But if those achievements are minimal, or are of dubious ethicality or legality, the incumbent then has to engage in reputational damage control.

Although Buhari, having completed some of the projects started by previous administrations, can count a few visible infrastructural developments among his achievements, he falls short in key areas. The election platform on which he campaigned and won in 2015 hinged on fighting corruption, improving security, and salvaging the economy, but he has failed in these three areas.

During Buhari’s tenure, Nigeria dropped from 136 (in 2016) to 148 (in 2017) in Transparency International’s 180-country Corruption Perception Index. Accordingly, in 2018 Nigeria was ranked the “16th least peaceful country in the world” by the Global Peace Index. And in the 2018 World Bank Ease of Doing Business report, Nigeria was ranked 146 out of 190 countries, falling from 167 in 2016. Nigeria’s economy entered a recession in 2016 but recovered in the second quarter of 2017. These failures of Buhari’s administration, according to the Economist Intelligence Unit, give Abubakar the edge in the upcoming election.

The independence of the electoral commission and judiciary

The Independent National Electoral Commission (INEC) has improved over the years in its management of elections in Nigeria, and its credibility soared after the election in 2015 that led to the defeat of an incumbent president. But following allegations late last year that INEC colluded with the ruling APC party to rig elections in Nigeria’s southwestern Osun State, former Nigerian president Olusegun Obasanjo expressed doubt about INEC’s integrity and impartiality.

Nigerians are concerned as well over the independence of the judiciary, which is the final arbiter in election disputes. President Buhari recently suspended the Chief Justice of Nigeria (CJN), Walter Onnoghen, who was accused of financial malfeasance by a civil society group linked to the president. This unconstitutional action has heightened fears about Buhari’s dictatorial push, executive lawlessness and attempts to defang the judiciary so close to the elections. In addition, the action further tarnishes the perception of the neutrality of the judiciary in post-election litigation.

Building a strong electoral commission requires political will, as was the case with INEC. The 2007 presidential elections in Nigeria were widely criticized because the election was marred by irregularities that were caused by the electoral commission. The National Democratic Institute reported large scale underage voting, ballot papers that did not contain the names of all the candidates, theft of ballot boxes, intimidation, vote buying, and instances of political violence, impunity and police bias.

INEC was liberated from the apron strings of the presidency in 2011 by a constitutional amendment that changed the way that the commission is funded and its members appointed. Since then, INEC has been funded by the Consolidated Fund, which also funds the judiciary and the National Assembly, and the president can no longer unilaterally hire or fire the INEC chief without confirmation by the Senate.

Despite these gains, INEC is still not totally independent. Public fears that the electoral body will collude with the ruling party in rigging the 2019 elections run deep, a situation made worse by a recent gaffe by Adams Oshimhole, the chairman of the ruling party, who said that “for democracy to flourish, only people who can accept the pain of rigging, sorry, defeat, should participate in an election.”

From Rwanda to Cameroon, from Togo to Uganda, from Malawi to the Democratic Republic of the Congo, too often on this continent have elections left behind a trail of blood and anguish and debilitated the possibility of building a genuinely democratic culture. The fear of violence in Nigeria should not be taken lightly, nor should the impact of this type of conflict on the sub-region and continent.

In advanced democracies, the power of incumbents that connive with a compromised electoral umpire is usually checked by an independent judiciary. That was the case when Kenya’s Supreme Court, following a petition filed by the rival candidate Raila Odinga, annulled the incumbent Uhuru Kenyatta’s victory in the 2017 presidential election and ordered a new vote to be held within 60 days.  As the UK Guardian noted, the decision “surprised many in Kenya, where courts have long been subservient to the president.” The Court placed the blame on the country’s electoral commission.

If the upcoming presidential election in Africa’s most populous country are free, fair and credible, it sets a strong example for the continent’s other democracies. If, however, the electoral commission slips in its duty, or the judiciary is muzzled judiciary and unable to adjudicate fairly in election disputes, then violence will be the likely outcome. And the prospect of a large-scale conflict in Nigeria is enough to send shivers down the spine of the entire continent.