Iranian environmentalists fear death penalty after a year behind bars 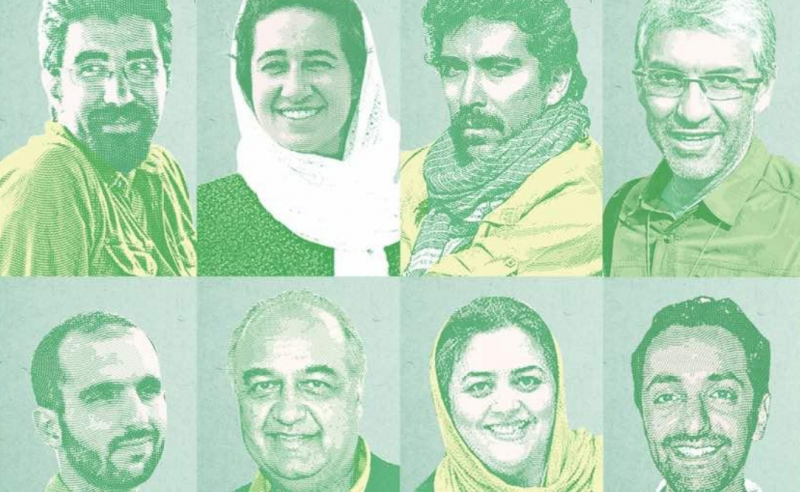 A version of this article was originally published by the freedom of expression organisation ARTICLE 19, as part of a content-sharing agreement.

Eight environmental activists in Iran have been in detention for over a year after they were arrested and charged with “espionage” and “spreading corruption on earth”. They were finally brought to trial on January 30, 2019.

The eight activists, Niloufar Bayani, Sam Radjabi, Houman Jowkar, Taher Ghadirian, Morad Tahbaz, Sepideh Kashani, Amir Hossein Khaleghi and Abdolreza Kouhpayeh, all worked for the Tehran-based Persian Wildlife Heritage Foundation (PWHF), and were arrested in January 2018, along with Kavous Seyed-Emami, the managing director of PWHF.  Seyed-Emani died on 8 February 2018 while in custody in Evin prison. While the judiciary says Seyede-Emani died by suicide, both the domestic and international community have called for an independent investigation into his death, which has not yet taken place.

The government’s case against the activists focuses heavily on the group’s work to protect the Asiatic cheetah, a wild cat native to eastern Iran that is nearing extinction. Most members of the group had studied outside Iran, mainly in Canada and the US, and had ties to international environmental expert groups, some of whom have visited Iran in an effort to learn more about the cats and potentially help in their preservation. Iranian officials have seized on the defendants’ connections with foreign universities and used them to support accusations that the activists are foreign intelligence agents masquerading as environmental experts.

All defendants were initially accused of “espionage” and detained while awaiting trial, but Tehran Prosecutor Abbas Jafari Dowlatabadi announced on 24 October 2018 that charges against four of them had been changed to “spreading corruption on earth,” which is punishable by death.

Public prosecutors built much of their case against the group from a forced confession made by one of the activists, which has since been retracted.

On 30 January and 2 February 2019, the eight conservationists faced trial at Branch 15 of the Revolutionary Court, presided by Judge Salavati, who has a history of issuing disproportionate and oppressive sentences to human rights defenders. According to the Center for Human Rights in Iran (CHRI), half of the 300-page indictment was read in these sessions, all of which was based on the confessions of one of the eight defendants, Niloufar Bayani. Bayani interrupted the court multiple times to object, saying that her confessions were made under duress, are false and that she had retracted them.

Other serious and concerning allegations have been made about the trials, including that the trials are being held behind closed doors, the defendants were not given the right to choose their lawyers, and that not all the judiciary-appointed defence lawyers were present in court.

The defendants say they have been subjected to months of solitary confinement and psychological torture, including being threatened with death, threatened with being injected with hallucinogenic drugs, and threatened with arrest and the death of family members.

The treatment the defendants have faced has violated their rights to life, freedom of expression, fair trial and due process of law. It also marks part of a trend of silencing those speaking out on environmental issues in the country using espionage charges.

ARTICLE 19 and other human rights organizations have called for their immediate and unconditional release, and for a thorough, immediate and impartial investigation into allegations of torture and other ill-treatment.