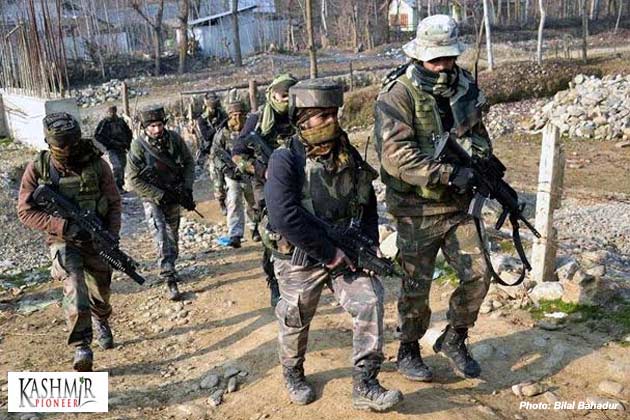 An Indian army major has been accused of beating and torturing a young man in Indian-administered Kashmir after the youth was summoned for unknown reasons to unit 44 Rashtriya Rifles camp, a counterinsurgency force of the Indian army stationed in Shadimarg village in the Pulwama district of the state of Jammu and Kashmir.

Indian army Major Rohit Shukla has beaten a student in army camp in Pulwama and forced him to pose with a gun to label him as a militant and kill him in a fake encounter. #kashmir #IndianArmySponsoredTerrorism pic.twitter.com/JM3GLcejNU

Tawseef Ahmad Wani, who is undergoing treatment at Srinagar hospital, claims that he was badly beaten by Major Rohit Shukla. Major Shukla is a highly decorated officer who received the Shaurya Chakra, the third Indian highest peacetime military award from the president of India, for his role in anti-militancy operations in 2018.

Wani alleged that the major asked him to “pose with the gun or get ready to die in an encounter” — ostensibly demanding that Wani post photos of himself dressed like a militant on Facebook.

Brave so called Indian Army and Major Shukla. Tawseef Was beaten up ‘mercilessly’, by Indian army admitted in SHMS hospital ,also asked him to ‘pick up arms’, threatens to ‘kidnap his sister’#KashmirSolidarityDay pic.twitter.com/aRI0WHqQvA

However, the army claims that “this is propaganda played by the terrorists, wherein they have beaten up the individual and are trying to put blame on the Army, so as to put pressure on security forces.”

Wani's brother is serving in the Indian army and has reportedly gone missing and other reports suggest that his father was killed by militants.

The issue took a political turn when former chief minister of the state of Jammu and Kashmir, Mehbooba Mufti visited the injured man at the hospital and demanded action be taken against the major.

Mehbooba Mufti: Talks of compassion…
Tawsif Ahmad Wani: For the sake of vote

The incident has since drawn sharp criticism from people on social media:

How #India makes militants in #Kashmir

A psychopath army major is forcing a civilian to join militancy, threatens to kill him in a fake encounter if he doesn’t. https://t.co/k2yQtIwzpp

Why Major Shukla Target youths without any reason?

Major Shukla:
“Pose with a gun and post the photograph by tomorrow; if not, I will kill you in an encounter in the coming days.”
.
.
And then they say why Kashmiri's hate Indian force.#Kashmir