In Bangladesh, vigilante justice leads to the death of three alleged rapists by self-proclaimed ‘Hercules’ 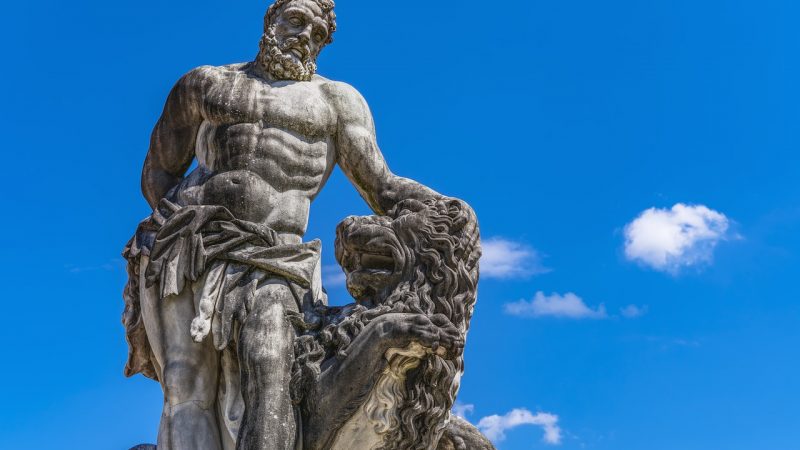 A statue of the Greek God Hercules. Image via Pizabay. Public Domain.

In Bangladesh, a vigilante made headlines when at least three suspected rapists were found murdered with a note hanging around their necks “confessing” to their crimes.

While many in social media across Bangladesh and neighboring India have been praising “Hercules“, the vigilante's chosen name, some fear that these killings are part of the extra-judicial killings by security forces that have taken place in the country before.

In the second week of January, police found the body of 39-year-old Ripon, a key suspect in the gang-rape and murder of a female garments worker in the outskirts of the capital, Dhaka. He had a bullet wound in the head and had a note tied around his neck which read (in Bangla), “I am the prime suspect accused in a rape case”.

On 24 January 2019, police recovered the body of Sajal Jomaddar in the Jhalakathi district in south-western Bangladesh. Jomaddar was also shot and his body was dumped in a paddy field with a note that read, “I am in this state because I raped a madrasa student”.

On February 1, 2019, 20-year-old Rakib Hossain was found dead near a brickfield at Angaria village, in Rajapur Upazila, Jhalkathi district. The note in misspelled Bangla read, “I am Rakib. I am the rapist of a madrasa girl of Bhandaria, Pirojpur. This is the consequence of a rapist. Be aware rapists…Hercules.”

The female madrasa student in question was allegedly gang-raped by two men on January 14 when she was on the way to her grandparents’ house. Her father filed a case with Bhandaria Police Station accusing Sajal and Rakib but the police did nothing.

Local police are still investigating, and so far, there are no leads which point to the identity of Hercules.

Meanwhile, on social media, the vigilante has been receiving quite a following:

The “Hercules” of Bangladesh..
An applause for this Incognito. ?? https://t.co/Gl5hpZI5bn

In Bangladesh we are ablle to say that Someone are not corrupted It's a remarkable revenge for rapists after this matter No one decide to rape as because Hercules, he is alive..! Be careful…. https://t.co/6tfSoVN0yD

We have a vigilanti in Bangladesh named Hercules who are killing rapists and laminating their crimes and putting their bodies out and hanging the laminated card signs on their face…. I am kind of happy. Because no rapists deserve to live. https://t.co/sYSxCeRHtL

The vigilante received praise even from neighboring India, where rape and injustice are also rampant.

Hey #Hercules from Bangladesh, whoever you are, you are a Hero. May the legend be a myth, but you certainely are saving lives and giving us hope. Thank you. Shall everyone accused of rape recieve death. #Bangladesh

Kudos to a person in Bangladesh known as HERCULES who finds rapists and kills them. Appeal Bangladesh police to provide him all assistance in his noble work and also to youths in India too to punish rapists if our law can't.

However, there are people who questioned these killings. Expatriate Bangladeshi Kawser Jamal wrote on Facebook:

I am sorry Hercules I can’t agree with your judgment.

I respect that you are trying to be a savior of our sisters and daughters very nice respect for that but when you are taking the law in your hand you are making a mockery of my country. [..]

Let’s respect the law. The person who got raped is our daughter and the person who raped is also our son of the soil. Let’s fix our houses and home.

No Justice for rape victims

According to Human Rights organization Ain-o-Salish Kendra, a total of 732 women and 444 children were raped in 2018. Women's rights group Bangladesh Mahila Parishad claims that in January 2019 alone a total of 298 females, including girls and children, had been subjected to torture and violence — including 79 rape incidents. However, these are only known cases. The number of cases settled outside the courts and rape incident that aren't reported is thought to be exponentially higher.

Although Bangladeshi law stipulates tough punishments for rapists, cases are complicated by antiquated definitions of rape in the laws and the slow judicial system. The process for victims to get justice for the rape victims in the existing legal system in Bangladesh means further humiliation and unending hassles. Shakhawat Liton writes in an op-ed in the Daily Star:

As if losing her honour was not enough, everything seems to work against her — from recording her statement at police stations mostly manned by male officers to the insensitive two-finger test, violating her privacy to a draconian provision in the Evidence Act of 1872 that allows the rape accused to question her character.

The definition of rape in the existing century-old law is yet to be updated.

The family of two of the victims said that plain-clothed people picked up the men before they were found dead. This fits a pattern of extrajudicial killing, abduction and enforced disappearance that has gone on in the country throughout 2018, with a record 466 crossfire deaths (due to extra-judicial killing by law enforcement) and deaths in police custody. Also worth noting is the fact that this incident happened in two places that are quite far from each other, so it would be hard for a lone vigilante to cover that distance.

The local police have denied such involvement, but that did not stop people suspecting that they might have had a hand in it. Daud Dastagir comments in an article in the daily Prothom Alo:

I am fairly certain that it is the work of the police.

Recently, in a statement to BBC, the Bangladeshi government reiterated that “the government maintains a ‘zero tolerance’ policy to any form of extra-judicial activities by the law enforcement agencies” and “there is no provision or scope in the law of the land for the so-called ‘extra-judicial killings'”.

While people can rejoice or question the vigilante, without updating the law, fixing the judicial process and enforcing rule of law, justice for rape victims remains elusive. Commenter Zubayer Rahman at Prothom Alo has this to tell everyone:

Don't just try to find who is or are the Hercules and where they are from. Try to find why they had to come.