Why Bahrain's ‘torture prince’ can still visit the U.K. despite calls for his arrest 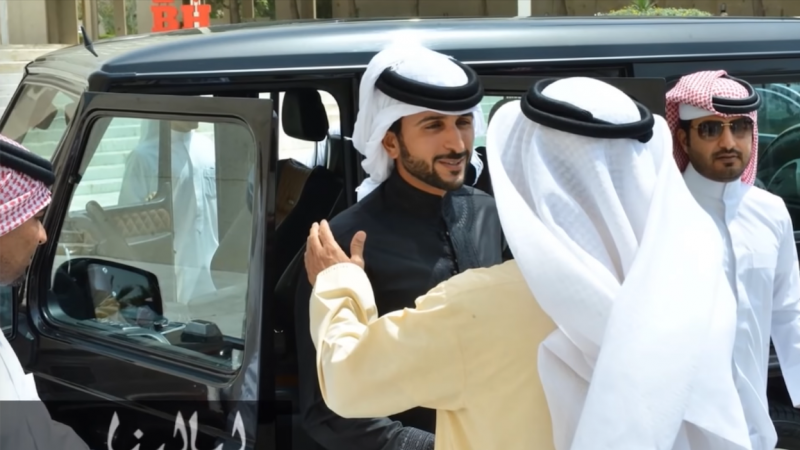 In recent months, the United Kingdom's relationship with its Gulf allies leapt into the spotlight with a unique espionage tale amidst a British media landscape otherwise dominated by Brexit.

In November 2018, 31-year-old British academic Matthew Hedges returned to the U.K. after spending seven months in a United Arab Emirates (U.A.E.) jail, mostly in solitary confinement, on espionage charges. Hedges’ story, which initially received relatively little attention, made it to the front pages after the U.A.E., a U.K. ally, announced it was accusing Hedges of being a spy for MI6. Hedges and the U.K. government deny the accusation.

Hedges’ story calls attention to the U.K.'s long and complicated history of impunity when it comes to allegations of torture committed by its allies in the Gulf states, and reminds us of some of the reasons Bahrain's “torture prince,” Prince Nasser bin Hamad, still has the privilege and pleasure of meandering through the U.K. despite clear evidence of abuse during Bahrain's 2011 uprising.

Hedges suffered abuses during his imprisonment in the U.A.E. that seemed to have surprised the U.K. government, but less surprising was the U.K. government's tepid response to his torture — in addition to solitary confinement for 23 hours every day, Hedges was drugged by his jailers — despite the fact that the U.A.E. is one of the U.K.'s main allies in the MENA region.

Hedges’ wife Daniela Tejada, who had spent the entirety of the seven months campaigning for her husband's release, accused the U.K. government of ignoring her constant requests for aid.

The U.K.'s response to the Hedges story revealed yet another example of the leniency afforded by the U.K. to Gulf Arab governments. And activists can't help but remember how and why Bahrain's notorious “torture prince” can still walk free.

Long before the U.K. government allegedly ignored the torture of one of its citizens at the hands of an ally, it faced a legal challenge at home for its role in protecting a notorious member of the kingdom of Bahrain: the king's son, Prince Nasser bin Hamad.

Nicknamed the “torture prince” by dissidents for taking part in the torture of activists who participated in the 2011 Bahraini revolution, he once tweeted: “If it was up to me, I’d give them all life [in prison].” Indeed, bin Hamad, aged 24 at the beginning of Bahrain's uprising in 2011, was among those in Bahrain's ruling establishment calling for the brutal repression of protesters.

As the head of Bahrain's Olympic Committee, bin Hamad created a special commission to “identify and punish more than 150 members of the sporting community” who took part in the 2011 protests, according to Americans for Democracy and Human Rights in Bahrain (ADHRB). He publicly called for “a wall to fall on [protesters’] heads … even if they are an athlete … Bahrain is an island and there is nowhere to escape.”

Rather than face prosecution in Bahrain, his father promoted the young prince to the commander of Bahrain's Royal Guard on June 19, 2011.

The Prince's relationship with the U.K. goes back to 2006 when he graduated from the country's elite Sandhurst Military Academy at the age of 19.

From the Archives: Nasser bin Hamad Al Khalifa participating in military training in the UK and Canada – July 2006.

Given such a prestigious background, the “torture prince” may have never thought that visiting the U.K. could lead him to trouble. But soon after he allegedly tortured Bahraini protesters, another protester, known only as ‘FF’, made it to the U.K. and successfully applied for asylum.

This meant that the U.K. recognized FF's legitimate claims, including FF's fears of retaliation should he or she be forced to return to Bahrain. FF, ADHRB notes, also “alleges that Sheikh Nasser was involved in torture.”

A year later, however, the U.K. government opted to grant the “torture prince” immunity when FF called for his arrest during his July visit to the 2012 London Olympics as the head of Bahrain’s Olympic Committee. Instead, bin Hamad was spotted in the VIP section in one of London's stadiums that day:

is it true alleged torturer nasser bin hamad is being allowed to go to olympics #london2012? #bahrain #uk

The story doesn't end there, however. In October 2014, the High Court in London ruled that bin Hamad was not immune from prosecution over torture claims, reviving hopes that he could be arrested.

As the Guardian reported, the dossier was then passed on to the war crimes team of the Metropolitan Police counter-terrorism command. The latter subsequently announced that “on the basis of the dossier submitted to it, the police are not investigating.”

Part of the reason why the Metropolitan police decided not to investigate was simply that key witnesses are still in Bahraini prisons and therefore can't be interviewed. Incidentally, bin Hamad's representatives made a similar argument, arguing that FF's allegations “have not been tested in a British court and that there have never been any proceedings against him.”

In other words, bin Hamad's representatives argued that FF's allegations could not be tested in British courts without acknowledging that the reason is that key witnesses could not be present in any court or answer any questions by British police.

And so, just a few months later, in March of 2015, bin Hamad uploaded a video of himself jogging across London's Hyde Park, renewing calls for his arrest. In fact, he's regularly traveled to the U.K. since the accusations, including to enjoy the yearly Royal Windsor Horse Show in the company of Queen Elizabeth II with his father, the King of Bahrain.

This blatant case of impunity has renewed questions as to whether the U.K. is living up to its international obligations, notably the U.N. Convention Against Torture and other Cruel, Inhuman and Degrading Treatment and Punishment 1987, which says that states must criminalize torture and pursue public officials of other nations when they are present in the state's territory.”

The United Kingdom reserves the right to formulate, upon ratifying the Convention, any reservations or interpretative declarations which it might consider necessary.