Caribbean nations determined to have a say on Venezuela 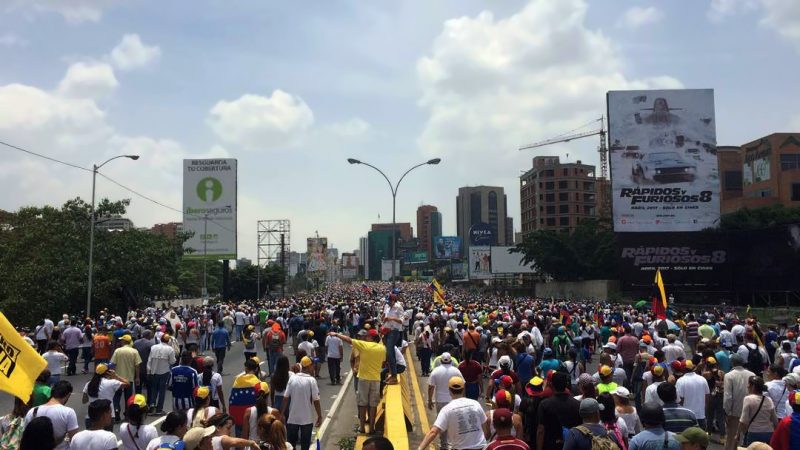 On February 7, a delegation from the Caribbean Community (CARICOM), will be present at a meeting in Montevideo, Uruguay to discuss the situation in Venezuela. Jointly organised by Uruguay and Mexico, the meeting will be attended by “more than 10 countries and organisations,” and bring together parties who have taken a neutral stance regarding Venezuela—a cohort that has been sidelined as international mainstream media coverage of the Venezuela crisis focuses on those who have recognised Juan Guaidó as interim president, plus the handful—Russia, China, Turkey, Iran—who adamantly support Nicolás Maduro’s claim to the presidency.

With members of the EU and other Latin American states in attendance, tiny CARICOM will probably need to fight to be heard in Montevideo. But what happens in Venezuela is of extreme geopolitical importance to the Caribbean region, and CARICOM has been flexing its muscles lately, firstly in choosing to deviate from international opinion and take a non-interventionist stand on the Venezuela question. Then followed the public rebuke on January 31 to Luis Almagro, Secretary-General of the Organization of American States, in which CARICOM demanded that he “publicly clarify that [he] did not speak on behalf of all member states” when he recognised Guaidó as Venezuela’s interim president.

CARICOM also sent a delegation to a January 28 meeting in New York with the United Nations (UN) Secretary-General, Antonio Guterres. Guterres told reporters on February 4 that the UN will not be endorsing any of the initiatives to resolve the crisis in Venezuela.

Trinidad and Tobago, the CARICOM island closest to Venezuela, has also been grappling with internal differences of opinion on the Venezuela question. Members of the country's substantial population of Venezuelans staged a march in Trinidad's capital on February 2 to express support for Guaidó. At the march, they distributed copies of an open letter to Prime Minister Keith Rowley urging him to do the same. According to estimates, there are around 60,000 Venezuelans living in Trinidad.

The country's Opposition has also expressed support for Guaidó. During a session of parliament, Opposition Leader and former prime minister Kamla Persad-Bissessar warned that the government's actions “may well see us kiss the Dragon deal goodbye,” referring to the energy deal Trinidad and Tobago struck with the Maduro administration in August 2018 to allow the island to access gas from the Dragon gas field. As one economist has pointed out, with the closure of the Petrotrin oil refinery last year, Trinidad and Tobago finds itself in a position of energy insecurity that could be exacerbated by the US's imposing of sanctions on PDVSA, Venezuela's state oil company.

The Venezuela matter has had an impact on Jamaica's energy sector as well. In early January, shortly before Jamaica voted in support of the OAS's decision to declare Maduro's second term as president illegitimate, the government announced its intention to enact legislation to reappropriate Venezuela's 49% stakeholding in the state oil company, Petrojam. The Opposition and others noted the coincidence of the two events, but the government denied there was a connection. Jamaica did go on, however, to sign CARICOM's January 24 statement upholding the stance of non-intervention and non-interference in the Venezuela situation.