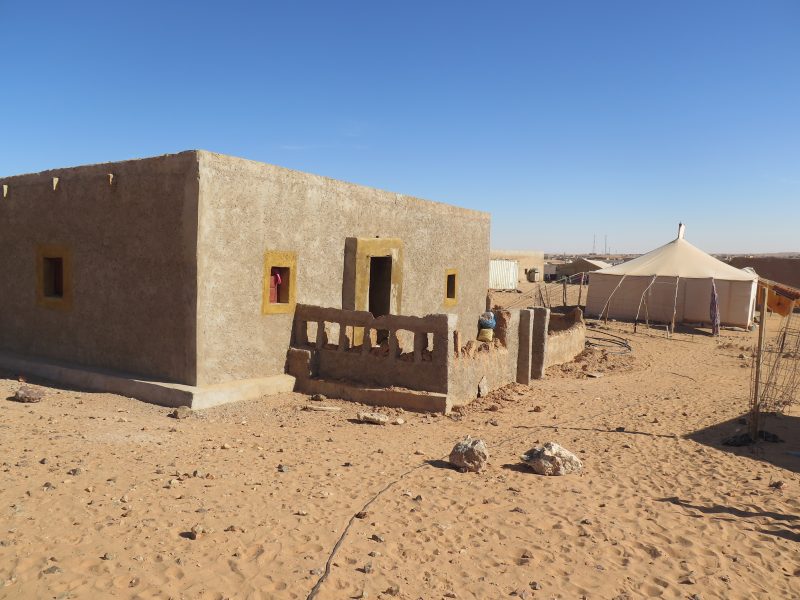 Approximately half of the Indigenous Sahrawi population lives in refugee camps in the inhospitable deserts. They lack representation in a current trade agreement. Photo credit: Jan Strömdahl, used with permission.

A tedious European Union (EU) trade policy process has once again become the stage for a heated battle in the “frozen” Western Sahara conflict.

At the heart of the matter is the inclusion of Western Sahara in the EU-Moroccan trade agreement that the European Parliament formally approved on Wednesday, January 16, in a 230 to 410 vote (with 37 abstentions).

The European Court of Justice (ECJ) deemed the previous agreement invalid on the grounds that Morocco has no legal authority to negotiate trade agreements on behalf of the Western Sahara territory it currently occupies, and the new agreement will likely face the same verdict if taken anew to court.

In a series of rulings over the last couple of years, the ECJ has tried a number of EU-Moroccan trade agreements following various international legal documents concerning Western Sahara’s status as a non-self-governing territory. The court concluded that agreements between EU and Morocco cannot include Moroccan-occupied Western Sahara, but this has not kept other bodies of the EU from trying to circumvent or simply ignore the rulings.

Such was the case in the EU-Moroccan fisheries agreement of 2018, stipulating conditions for European vessels continuing to fish in Western Saharan territorial waters despite the clear 2016 ruling by the ECJ that Western Sahara is a separate and distinct territory from the Kingdom of Morocco and can not be legally included in such agreements. 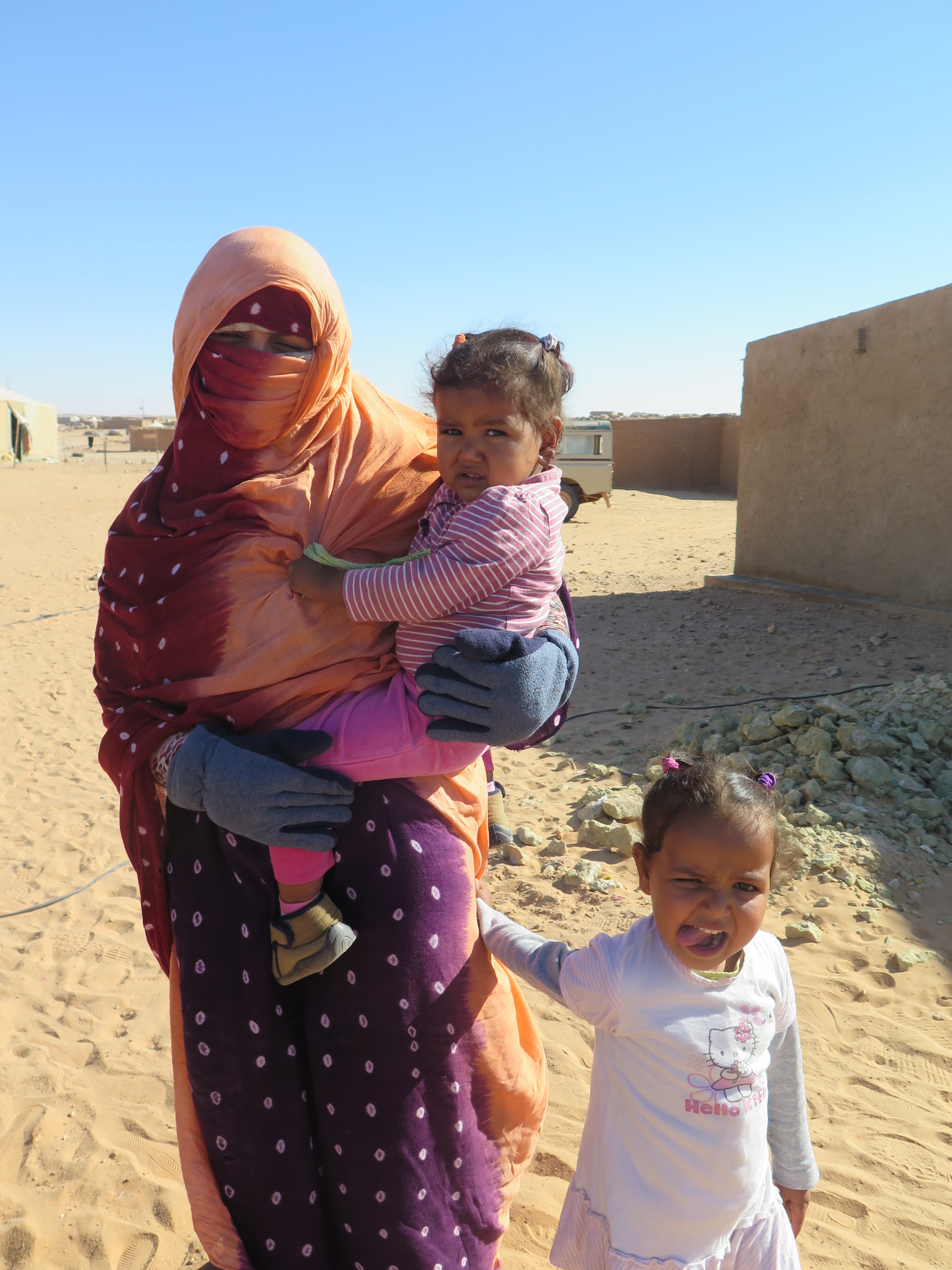 Since 1975 three generations of Sahrawi have spent all or most of their lives in refugee camps. Photo by Jan Strömdahl, used with permission.

The European External Action Service (EEAS) initiated a consultation process to manifest the court’s ruling requiring the consent of Western Sahara's Indigenous Sahrawi people. Many criticized the consultation because the European Commission had already come to an agreement with Morocco. A large number or Sahrawi civil society organizations opted out of the process and instead issued a joint statement of condemnation.

In the end, according to the monitoring team Western Sahara Resource Watch:

Prior to and during the EU's consultation process with the Moroccan entities in Western Sahara, in total 94 Saharawi and pro-Saharawi groups have condemned the EEAS for its negotiations with Morocco [but the] EEAS summarized … that there was a “broad support” for such a trade agreement.

Mahfoud Lamin Bechri, a Sahrawi activist with Sahrawi Campaign Against the Plunder (SCAP), came to Brussels, Belgium, for a seminar in connection to the agreement the week prior to the vote. He told Global Voices that he was happy with seminar participants’ responses, but was not optimistic about the outcome of the EU vote.

… I told them about the frustration, especially among young people growing up in these camps and how each new agreement like this will radicalize them and make them lose what little hope they had for the peace process. I felt that those listening were touched by what I said but unfortunately, following what has happened these last days it seems like we’d need a miracle to stop this agreement.

The EU parliamentary committee on international trade (INTA) sent a delegation on a fact-finding mission to Western Sahara between September 3 and 4, 2018. The head of that delegation, Patricia Lalonde, from the Alliance of Liberals and Democrats for Europe (ALDE), concluded in her report:

The local population will profit from economic development and the spill-over effects created in terms of investment in infrastructure, employment, health and education.

Lalonde was later forced to resign her position at INTA and after an EU observer exposed her as a board member of the pro-Moroccan lobbying group EuroMedA. Despite evidence of corruption, the president of the ALDE party, Guy Verhofstadt, removed any debate about it from the agenda.

One of the three delegates, Heidi Hautala (Greens-European Free Alliance), later published an eyewitness account critical of the fact-finding mission in the EU Observer. Hautala says Moroccan authorities controlled the mission and they were accompanied by an entourage of loyal journalists:

The reality check came when I decided to have an additional meeting with some Saharawi activists. Moroccan authorities used a textbook method of harassing the human rights defenders: the activists were arrested for reportedly not wearing their seat belt […] The Sahrawis we met explained that their daily lives are full of such episodes. They showed us several videos of a demonstration that took place on that same day. Some of the activists ended up in the hospital after suffering from police brutality.

In opposition to Lalonde and the trade commission, Hautala concluded:

Some in the parliament claim that ‘we should not oppose development’ in Western Sahara and that opposing the proposed agreement would be to the detriment of the population bringing trade, jobs and income. This statement ignores the very fundamental fact: this agreement would consolidate the illegal annexation of Western Sahara by Morocco and run directly against the UN-led peace efforts, by dividing the territory of Western Sahara in two and strengthening one of the parties of the conflict.

For the European Parliament, this is historical, they are voting to break their own law!

In the hours leading up to the decision, Twitter buzzed with netizens calling attention to MEPs on either side of the cause. Moroccans released short video messages by local and regional politicians endorsing the agreement’s benefits to economic development in the country’s “southern provinces.”

Selma, a Saharawi refugee, calls on the EU Parliament to vote against the illegal EU-Morocco agreement -

.@Europarl_EN just voted in favour of an illegal deal between #EU & #Morocco which:

The deal will be challenged successfully at the ECJ#WesternSahara

I want to emphasize what I said earlier about our youth. This gives them one more reason to choose going back to arms. The EU is pushing for a war in Western Sahara. They have to know we will not give up. The image of Europe changed today, the Europe of values such as democracy and rule of law has been replaced by the Europe that puts business and money over peace and human rights.