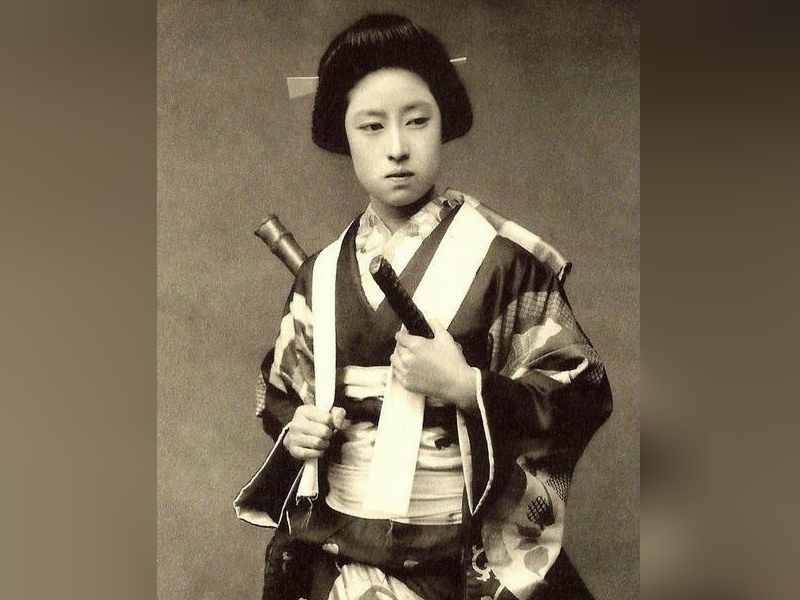 Photo of an actress posing as Nakano Takeko, a famous female warrior and military leader who fought and died during the final years of the Shogunate in Japan. Image from Wikipedia, public domain.

Celebrating Women in Japan is a project that publishes short profiles of prominent women in Japan on Facebook and Twitter once a day, every day.

Yesterday, Rumiko Takahashi was awarded the Grand Prix at the prestigious Angouleme International Comics Festival for her contribution to the development of manga. Congratulations. Her work was described as ‘extremely progressive’. ????㊗ #Japan #CelebratingWomeninJapan pic.twitter.com/YkowwZqKCB

The project is spearheaded by Melanie Brock, an international business consultant in Japan and was inspired by a similar campaign conducted by Kirstin Ferguson in 2017. Ferguson, from Australia, wanted to counter online abuse regularly directed at women by using the hashtag #celebratingwomen as a “way to see more celebration and less denigration of women.”

#Advice for younger generation: Look after friends who you can have constructive debate with. Think carefully about the type of world you want to live in. Strive hard to build it – and smile as you go. Do all you can to support yourself as you seek to create that place. ?? pic.twitter.com/c2z69bKBvR

Not all of the women profiled by Celebrating Women in Japan are originally from Japan itself. Based in the regional city of Hiroshima in western Japan, Rachel Nicholson is a successful translator, entrepreneur, and media personality:

In 2006, Rachel Nicholson came to Hiroshima as a translator before pursuing her passion for baking and co-opening a small diner. In 2017, she returned to her writing roots and today she spends her days as a bilingual writer, translator, TV talent, and full-time food snob. ???? pic.twitter.com/PU3MR6c4wq

The common theme of the daily profiles is that the celebrated women come from all walks of life, and all have experienced unique challenges and successes.