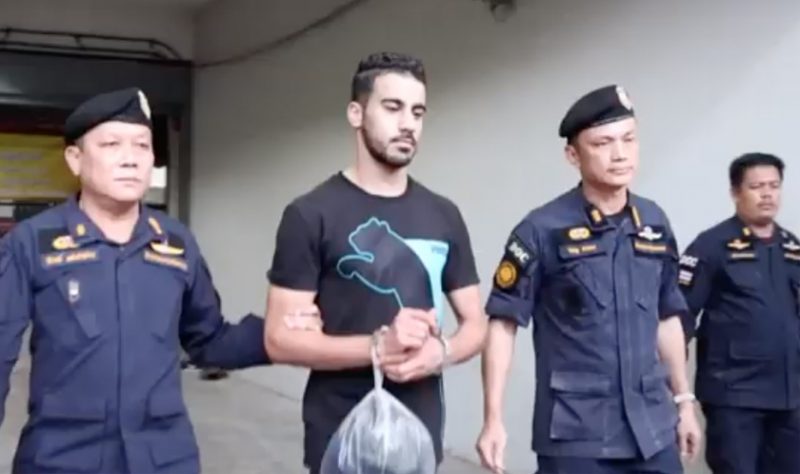 Pressure has increased in recent days to release Bahraini refugee Hakeem al-Araibi from a Thai jail. The former national football player was arrested in Bangkok on 27 November 2018 after Australia’s Department of Home Affairs controversially alerted Thailand about an Interpol Red Notice for his arrest. Hakeem was visiting Thailand for his honeymoon.

Hakeem had fled from Bahrain in 2014. He was sentenced to ten years in his absence for alleged vandalism of a police station. He strongly rejects the accusation. He argues that he has been targeted for his criticism of Sheikh Salman bin Ebrahim al-Khalifa, the president of the Asian Football Confederation and a member of the Bahraini royal family. He also claims that Bahraini authorities tortured him in 2012 following the Arab Spring protests.

After seeking asylum in Australia he was granted a permanent protection visa and is awaiting the result of a citizenship application. He now plays for Pascoe Vale Football Club in Melbourne. They have worked tirelessly for his freedom. This tweet is typical of their efforts:

Dear Mr. @prayutofficial we are waiting for you to SAVE our player just like the #Autralians saved the #Thailand team. Your picture paints a thousand words. Happiness and #HumanRights is the key to life…you have it we don’t. #SaveHakeem @prdthailand @MFAThai @hakparn pic.twitter.com/lSGK1rQ1yR

There have been a couple of very positive developments this week, which marks two months since his detention. The Australian Prime Minister Scott Morrison revealed that he has written to his Thai counterpart seeking al-Araibi’s release and asking that his extradition not take place.

This followed many calls for the Australian government to take a bigger role in the case. A week earlier @popcoin tweeted:

PM of Australia Morrison rushes out to have a photograph with tennis player Ash Barty but I have not heard one word of support from him for HAKEEM, the soccer player innocent in jail in Thailand about to be handed over to his torturers in Bahrain. Australia caused it.

Secondly, Craig Foster, former captain of the Australian Socceroos team, took the campaign to free Hakeem to the FIFA’s headquarters in Zurich and reported a promising response:

Delighted to appraise the @FIFPro Board of the latest regarding #SaveHakeem and to reiterate the absolute importance of the playing profession standing as one when a colleague is threatened. Many thanks for your support https://t.co/WnqmNew4Ev

This was not without irony as Australians played a major role in the rescue of the 12 schoolboy soccer players and their coach from a cave near Chang Rai. In fact, two were named joint Australians of the Year 2019.

Another Twitter user, @Tibby, summed up a common sentiment down under:

Australia just gave our highest award to 2 divers for risking their lives to rescue 12 Thai boys from underground caves. We know where Hakeem is. He just needs a one way plane ticket. Thailand, let our boy come home. You up for the task @ScottMorrisonMP? #SaveHakeem

Human Rights Watch has produced a campaign video for its social media sites:

There has been considerable activity on social media especially the #Save Hakeem and #FreeHakeem hashtags. There is also an Amnesty International Australia petition.

Sarah Joseph, Director of the Castan Centre for Human Rights Law at Monash University, explained the intricacies of the human rights situation at The Conversation:

…he was detained under an Interpol red notice issued pursuant to a request from Bahrain. This notice breached Interpol’s own rules as it was issued against a refugee at the request of the country he had fled.

…If he is sent back to Bahrain, Thailand will refouler a refugee – that is, return him to the state from which he fled persecution, a grave breach of human rights. There are legitimate fears that he faces torture upon return to Bahrain.

Things are likely to come to a head soon as Bahrain has finally issued a formal request for Hakeem’s extradition.

Unfortunately, the Australian Prime Minister has not yet received a response from the Thai PM Prayut Chan-o-cha, with some commentators suggesting that he has been snubbed.