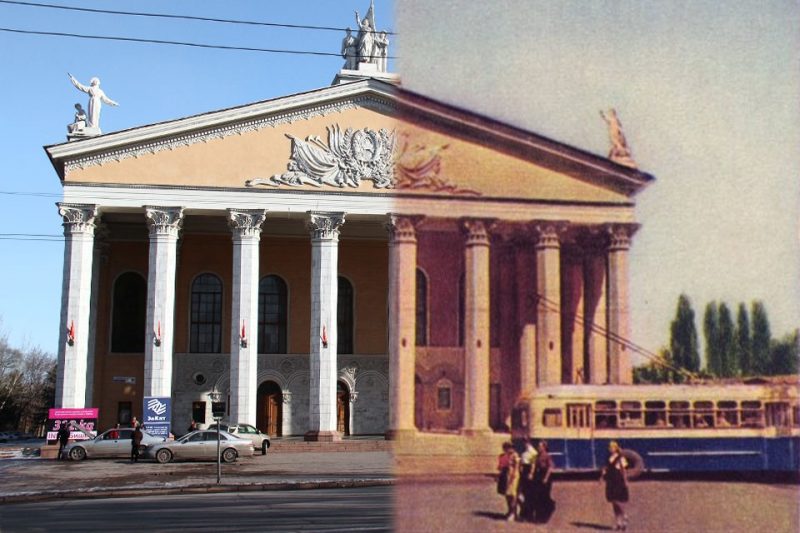 Mash up image of Kyrgyzstan's Opera Ballet Theatre in Bishkek, 2013 vs 1956. Image taken from Kloop.kg.

Was the state opera house director using his head or selling the country's soul when he allowed computer game-playing millennials to invade Kyrgyzstan's most famous cultural venue for a day?

Kyrgyz authorities took the second of the two positions on January 31 when they fired Bolot Osmonov after traditionalists expressed anger at his decision to host a national Dota 2 tournament in the capital Bishkek's Opera and Ballet Theatre.

Dota 2 — a violent multiplayer online battle arena game that is among the most popular in its genre worldwide — is a far cry from what normally goes on here.

On January 19, young Kyrgyz gamers gathered around the same stage where legendary ballerina Bubusara Beyshenalieva played the roles of Odette/Odile, Juliet and Aurora after making her bow at the Bolshoi in 1941.

They were there instead to mash buttons and compete over a prize pool worth 1,000,000 som (around $14,300 at current rates) put up by the event's sponsor — Russian mobile operator Beeline.

Not insignificantly, Beeline also paid the $300 per hour rent on the building that stands as an enduring symbol of the Soviet Union's cultural legacy in Central Asia. 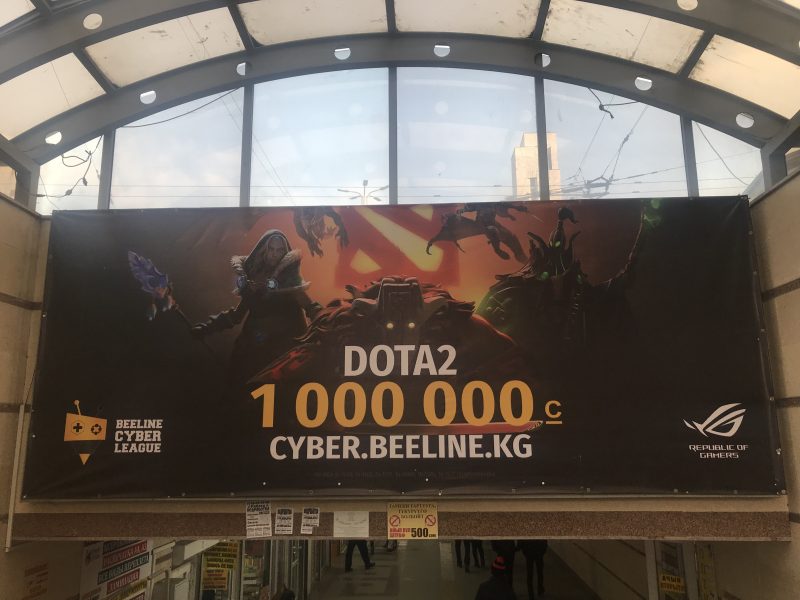 For traditionalists, this was sacrilege.

Tair Beisheev, an opera soloist who performs at the Opera Ballet Theatre, was among the leading cultural figures that complained bitterly about the Dota tournament:

This is a place where great names, the sons and daughters of Kyrgyzstan performed, and now some terrible event, seemingly called ‘’Dota’’ is taking place here. Perhaps it’s me who has lost touch, or maybe it’s just some foolish generation that thinks this is acceptable. How did our government allow this?

Hello?! A Dota tournament at the Opera and Ballet Theatre is one of the coolest ways of advertising opera and ballet. And its not as if you can just find 180,000 som (the total Beeline paid to rent out the building) lying on the ground.

By the tournament's end, Kyrgyz gaming collective NoLifer5 had pounded its way past other teams competing in the tournament to scoop half of the total prize pool.

Those winnings paled in comparison to the Dota 2 International (TI) pool, where where over $25 million was at stake for the teams competing in the 2018 edition in Vancouver. 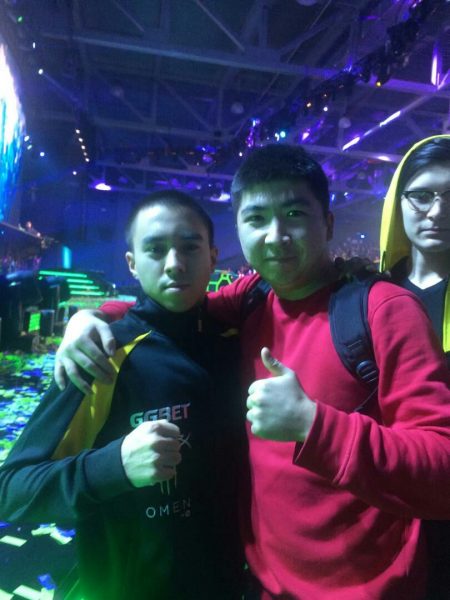 Evgeny Ri, (in the left) known as Blizzy at the MegaFon Winter Clash tournament in Moscow. Photo taken by Erlan Bakirov

Despite financial constraints, the Opera and Ballet Theatre still puts on quality performances and retains a large and loyal — if somewhat ageing — following.

Public anger over mismanagement of this venue and others like it is growing, however.

In 2015, a previous director of the theatre, Timur Sultanov, was fired amid uproar after he held a birthday banquet on the hallowed stage for a city councillor.

Perhaps sensing a scandal of similar proportions was brewing, newly appointed Minister of Culture Azamat Zhamankulov moved quickly to distance himself from the Dota 2 furore.

“Cultural institutions are for cultural events only,” he said on January 21, claiming the theatre's management had failed to notify him of the plan to host the tournament ahead of time.

That claim is conceivable, but it seems unlikely that Zhamankulov had not noticed a series of billboards advertising the event around town.

At any rate, the damage was done.

Less than two weeks after the event, the Kyrgyzstan's Prime Minister Mukhametkhali Abylgaziyev signed off on Osmonov's dismissal.