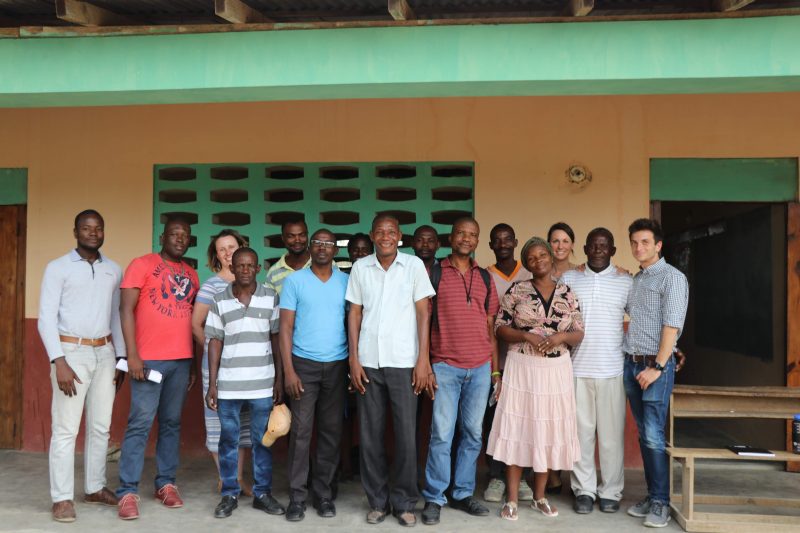 January 12, 2019 marked nine years since the disastrous 7.0 magnitude earthquake that struck Haiti, levelling much of its infrastructure, crippling its already limping economy, and causing hundreds of thousands of deaths. People in Haiti lost loved ones, homes, livelihoods, prospects.

This year, instead of solely remembering the devastation, one group of Haitian farmers redefined what the anniversary of the earthquake means to them by signing a historic agreement that will provide redress to the nearly 4,000 people in the northeast of the island who were displaced to accommodate the construction of the Inter-American Development Bank (IDB) and USAID-financed Caracol Industrial Park.

Touted by the Haitian government as part of the earthquake reconstruction effort, the park was intended to jump-start the island's economy and generate revenue “more than 150 times the estimated value of the crops grown on the 240-hectare plot” where the industrial park was being developed.

But as the first anniversary of the earthquake approached, 422 farmers and their families had their arable farmland taken away, with only a few days’ notice. The park never functioned to more than ten to 15 per cent of its capacity and ended up generating much lower employment than estimated. People who did secure jobs there were paid the equivalent of US $5 a day.

The IDB offers a different version of events. While both parties concede that in January 2011, a fence went up along the boundary of the project site, the farmers say that once it was constructed, they no longer had access to the land, and their crops were destroyed. The IDB maintains that had access to the land until later that year. The little compensation the farmers eventually received began trickling in only in September 2011. The replacement land they were promised never materialised. 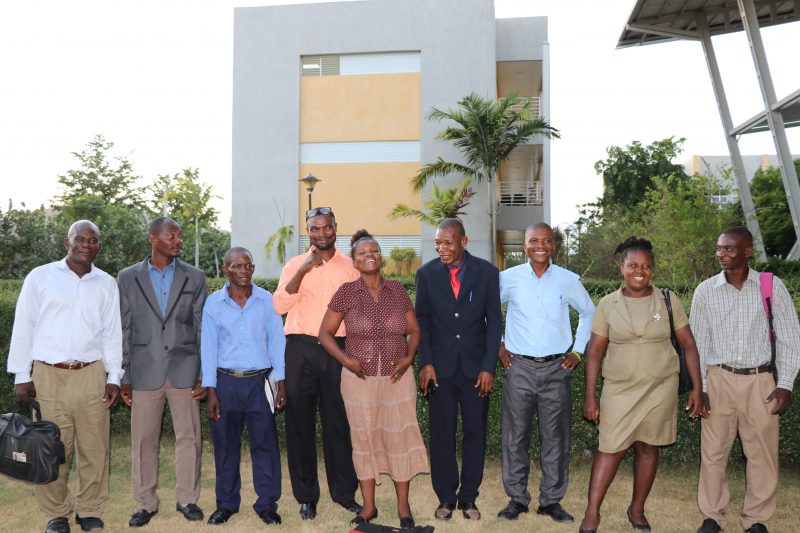 Seven members of the Kolektif Peyizan Viktim Tè Chabè and their advisor celebrate after signing the agreement with the IDB. (AREDE's Milostène Castin is fourth from right, and Eva Jean-Baptiste, whose family lost land, is second from right). Photo courtesy Accountability Counsel, used with permission.

The story could have ended there. But after receiving the final cash payout in late 2013, and realising it wasn’t enough to help them rebuild sustainable livelihoods, the farmers formed a collective — the Kolektif Peyizan Viktim Tè Chabè — to defend their rights. While the Kolektif represents the interests of all the displaced farmers, 415 signed on formally to the group.

On January 12, 2017, with assistance from local and international civil society organisations, the farmers filed a detailed complaint to the IDB’s accountability office. They asked, among other things, for fair financial and non-financial compensation and educational support for the victims’ families.

They also asked the bank to re-examine its definition of whom it deemed “vulnerable”. When it undertook its first resettlement process, the bank only identified 35 people as vulnerable, and most of those did not receive additional support to rebuild their livelihoods. The Kolektif argued that far more of its members were vulnerable and needed extra support.

Talks between the Kolektif, the IDB and the Ministry of Economy and Finance (UTE) began about five months later. They lasted 18 long months, finally producing a landmark agreement that will ensure the farmers access to new land, jobs, modern agricultural equipment, small business development and training opportunities. It also covers specific compensation for the most vulnerable — well beyond the 35 people initially identified — and includes access to microcredit, with specific emphasis on women and people with disabilities. 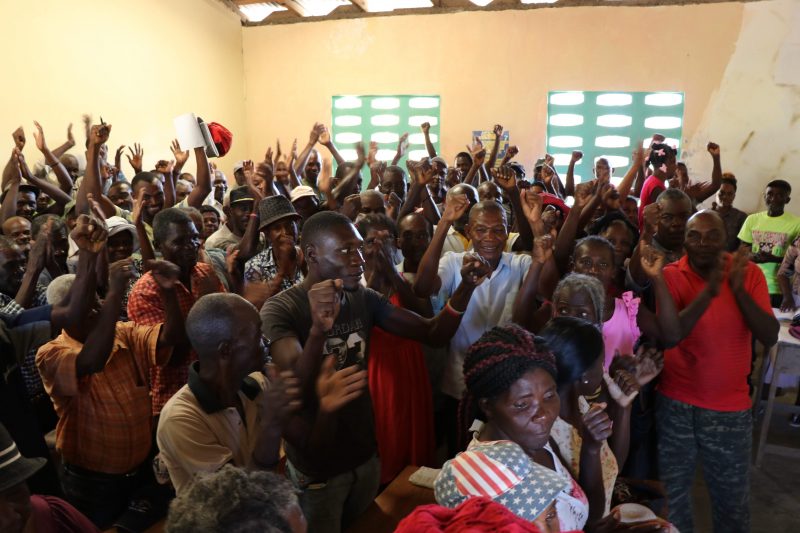 With the help of interpreters, I spoke by phone with Milostène Castin, the coordinator of Action pour la Reforestation et la Défense de l’Environnement (AREDE), one of organisations that helped the famers file the original complaint, and Eva Jean Baptiste, one of Kolektif’s leaders. Eva, whose family lost their land to Caracol, helped negotiate the landmark agreement.

Castin wanted to help the farmers overcome social exclusion and get a meaningful settlement, so AREDE began to sensitise them about the benefits of community engagement. Castin cautioned that progress would be gradual, , but he believed the process of demanding accountability would bear fruit. The IDB had internal mechanisms to determine whether there had been any wrongdoing. If successful, the farmers’ action would serve as a strong precedent if government were tempted to take similar decisions in the future. 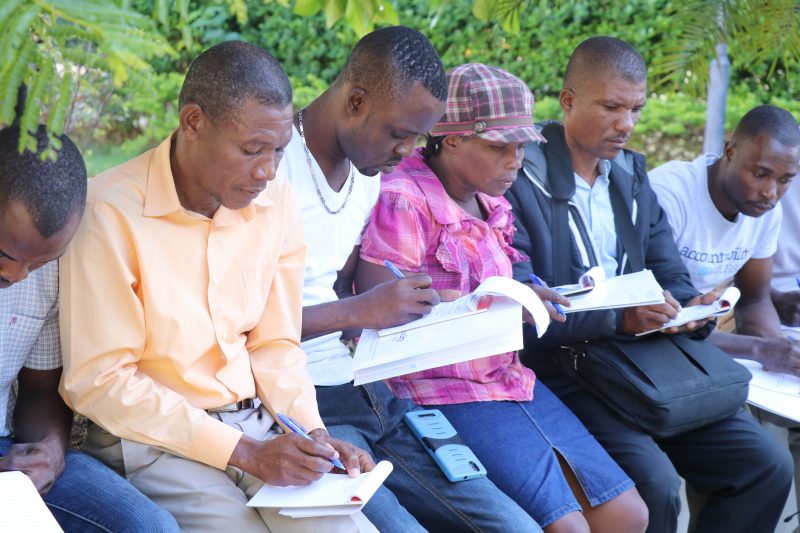 Local adviser Milostène Castin (second from left) sits with the farmers during a break from the negotiations. Photo courtesy Accountability Counsel, used with permission.

With Castin's help, the farmers formed the Kolektif and began organising themselves into committees. They had a clear strategy for reclaiming their livelihoods: make all affected families aware of what was at stake, and seek support where they needed it. Action Aid came on board to help compile and analyse information, and Accountability Counsel handled the legal aspects of lodging the complaint. 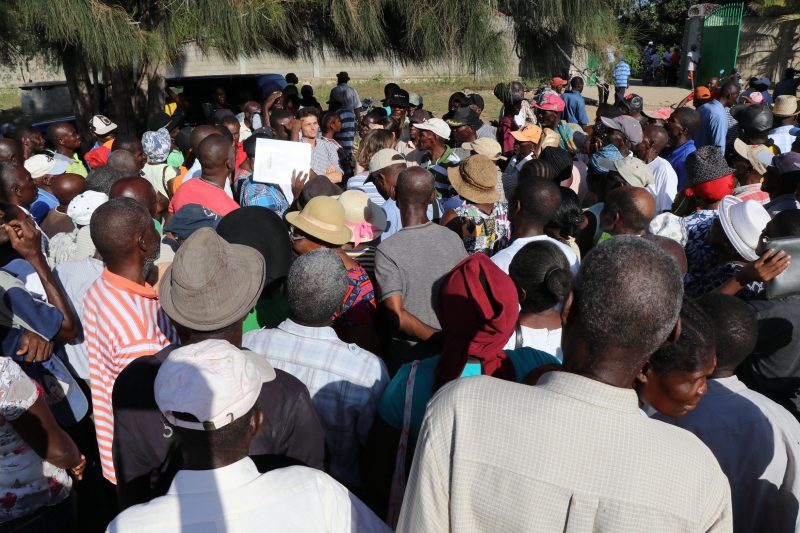 When, in June 2017, the Kolektif received an official response from the IDB saying their complaint was accepted, it was the first time in Haiti that victims of a land grab had been able to make their voices heard in a formal dispute resolution process. The farmers finally had a seat at the table, and could advocate for themselves. For Castin, that empowerment was one of the greatest accomplishments of their shared journey.

The agreement, which the farmers helped craft, was eventually finalised in December 2018, and Castin says it is a testament to their solidarity and resolve.

Still, it has been a roller coaster ride for the affected families. Prior to the 2010 earthquake they lived modestly, but were able to eat well, afford basic health care and pay for their children’s education. After work on the industrial park began in earnest, all of this changed. Eva Jean Baptiste describes it as “cutting off our two hands,” adding, “it was a kind of death. We were desperate. We had no other source of income.” 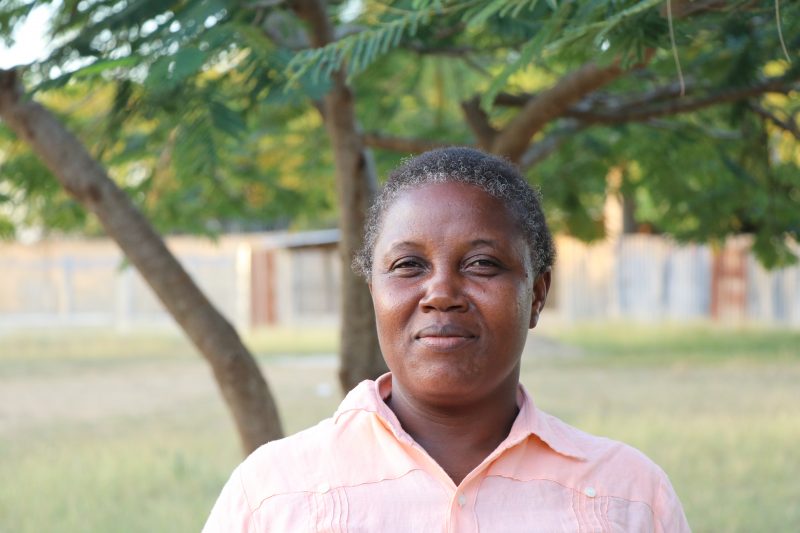 Even today the everyday reality is tough, but Eva is proud that the Kolektif defied the odds. She calls the case “seminal”. “We knew we were telling the truth,” Eva explains. The “coalition strategy” gave them the strength to put pressure on both the government and the IDB. The farmers knew that all the bank’s operational protocols with regard to the industrial park had not been followed, including environmental safeguards and policies on involuntary resettlement and gender equality in development, and felt that they could effect change.

Describing the women of the community as “first witnesses” to the misery that came with the loss of their land, Eva paints a vivid picture of their experience:

In Haiti, women spend more time at home with the children. We had nothing to fall back on, nothing to sell at the market. Some people even tried to take loans to feed their families or send their kids to school. What we suffered through the most was the loss of our dignity. We had nothing, and the women saw it all first. We were looking directly at the misery, day after day, when we couldn't feed our children or send them to school. At least the men could leave home and try to do something, even if they came back with nothing.

Now that the agreement has been signed, Eva is satisfied, even though the collective didn't get everything it wanted. They had hoped, for instance, that the IDB would bear the full cost of their children’s schooling, but the IDB agreed instead to provide two packages of school supplies and support materials for each family.

Eva is optimistic about the implementation phase which, appropriately, began on January 12 and will roll out over the next five years. 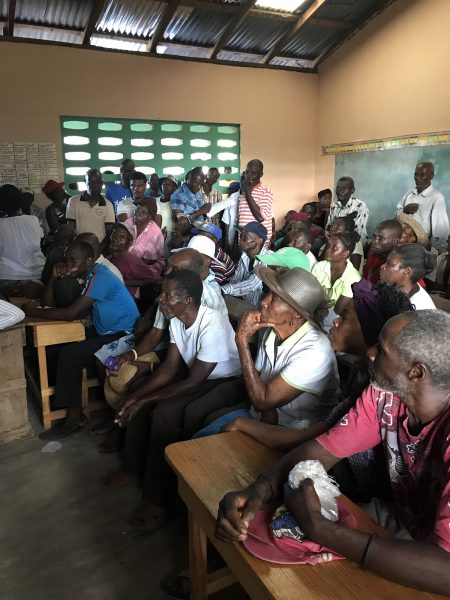 “We have joy in our lives now,” Eva says. “This has helped us restart our lives.” Approximately 100 of the most vulnerable farmers will now have private title to land. Others will have access to agricultural equipment and training, or small business development assistance.

Crops take time to grow, so community members have also been offered interim employment at the park to give them a steady income while they work towards creating a sustainable livelihood.

As for Castin, he's says seeing the positive results keeps him going: “It's about creating communities that last.”