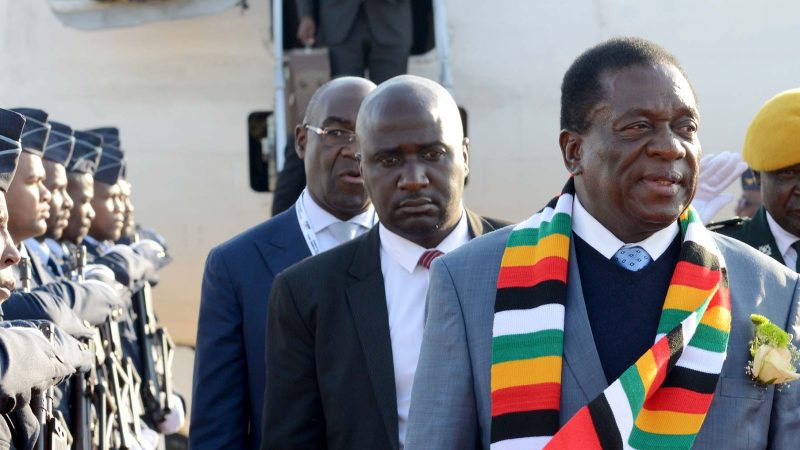 Following the January 12 declaration of an official fuel price hike in Zimbabwe, civil unrest and political paranoia has rocked the nation.

President Emmerson Mnanagagwa announced that fuel prices at $1.30 USD per liter would go up by 150 percent, making Zimbabwe's fuel among the most expensive in the world. The next day he left for a five-day tour of Russia and Eastern Europe, purportedly in search of investment deals. Chaos and anarchy broke out the following Monday.

The military was immediately deployed to quell protests after angry mobs looted and set ablaze several supermarkets and chain stores. Reports of state agents gunning down unarmed civilians circulated on social media before the Postal and Telecommunications Regulatory Authority of Zimbabwe (POTRAZ) completely shut down the internet and all forms of social media from January 14-January 20, 2019.

During the 6-day internet blackout, business literally came to a halt as traders and investors remained uncertain over the economy's trajectory.

The High Court ruled on January 21, 2019, that Ncube did not have the authority to compel mobile operators to cut off services. Judge Owen Tagu told the court that the minister had no authority to make the directive and ordered telecommunications firms  “to unconditionally resume the provision of full and unrestricted services to all subscribers forthwith.”

The court order cited laws that exclusively endow the president with the right to shut down internet services.

Government spokesperson George Charamba told state-controlled papers that the government would not stand by while “such narrow interests play out so violently.”

“The response so far is just a foretaste of things to come,” said Charamba via the Zimbabwe Broadcasting Corporation. He continued:

The internet was the tool used to coordinate the violence. But is it not interesting how when we are carrying our dead to the cemetery, at a time when we are counting losses that run into millions of dollars, someone is worried about the internet? You expect us to preserve the internet and ensure that there is maximum damage to our society?

Dhewa Mavhinga, Southern Africa Director with the Africa Division at Human Rights Watch, told Global Voices that the internet shutdown was a gross violation of human rights as such action disrupts daily life and business transactions. The majority of Zimbabweans rely on mobile money for everyday services. Mavhinga explained:

It is possible that President Mnangagwa could shut down the internet again because the court said the president has that authority. During the shutdown, without internet, medical doctors were unable to communicate and respond to emergency cases or to coordinate medical support.

The internet remains a cornerstone of Zimbabwe’s economic activity. With sky-high rates of unemployment and underemployment, most entrepreneurs rely on the internet and social media platforms such as Twitter and WhatsApp to market their products and services.

Massive loss of freedom — and income

Since the shutdown, Zimbabwean small businesses have lost an estimated $12.5 million a day, according to think tank TheBehaviourReport.com.

Social media has remained critical to informing citizens as the state-run media outlets remain biased in favor of the ruling party, ZANU PF. During the course of the shutdown, state media barely reported the disturbances.

“I feel that these people in government suppressed our right to freedom of speech and expression,” said Allan Chino, a 21-year-old youth. He continues:

I lost out greatly on a cheaper means of communication with my friends and family. The only option I have left is to download a good VPN (Virtual Private Network) because as long as this government is in power, there is no guarantee that the social media will not be shut down again.

Thousands of citizens who just wanted to be safe and stay informed were left stranded.

Adolf Mavheneke, a human rights activist, said that it was naïve to think that the recent internet shutdown was done by the minister without the knowledge, confirmation and acknowledgment from the president.

“That a minister appointed by Mnangagwa proceeded to effect the order against legal prudence, confirms how the man is ever prepared to dump the national constitution and proceed with political whim,” he added.

Mavheneke said that while acknowledging that freedom of expression as expressed under Section 61 of Zimbabwe’s Constitution is not an absolute right, the internet shutdown sets a bad precedent and will leave a scar on the future of citizens’ freedom and human rights:

In fact, these were and remains self-made attempts to hide state-sponsored violence as everything now happened under the cover of the internet and social media darkness. And the record is also clear on cases where the military and other state security agents went on the rampage during the internet blackout. The future of human rights in Zimbabwe remains a sad reality because we have a leadership that … is prepared to push for legitimacy through the crack of the barrel and the bullet.

He noted that in the aftermath of a disputed election in November 2017, Mnangagwa and Vice President Constantino Chiwenga authorized the use of military force against protesters, and six civilians who were not part of the protests were gunned down. A Commission of Inquiry exonerated Mnangagwa and his administration but also recommended restraint and observance of the rule of law. Therefore, the recent use of soldiers to thwart anti-government protests is illegal and in violation of Zimbabwe's constitution.

“Sooner or later, if this factor is not kept at bay it will consume even those who unleashed it in the first place,” he said.

A young woman who requested anonymity said the violation of citizens’ communicative space by the government was terrifying:

You know what the most scary thing is? It's not the fuel price increases, it's not the looming hunger. It's not about the communication shutdown between friends and families. Neither is it about the soldiers going out to maim and kill innocent civilians. No. The most scary thing is that these guys in government are convinced that they are doing a good job of running this country.