Why are Armenian displaced persons still living in a hotel, 30 years after fleeing Azerbaijan? 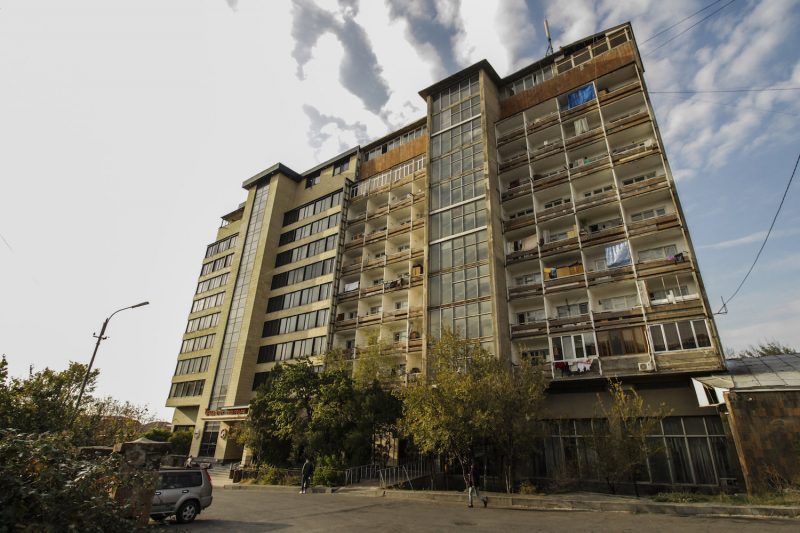 The Naira hotel in Yerevan is a home to refugees from Azerbaijan. Photo taken from Chai-Khana.org. Used with permission.

The following is a story by Chai-Khana.org and is republished by Global Voices under a partnership agreement. Text and video by Aren Melikyan and Hermine Virabian.

The number 29 on the sign should be changed to 30, as 30 years have now passed since 64 refugee families first moved into Hotel Nairi in Yerevan.

Today, the hotel is home to three generations, including the grandchildren and the children of the people who were forced to flee Azerbaijan in the 1980s, during the period leading up to the Karabakh conflict. Despite the wait, they have not lost hope that one day they will be given houses in Armenia.

For years, many of their calls and written pleas for help have fallen on deaf ears. Even those who have received answers from officials got nothing but promises.

After thirty years of living in 11-square-meter “apartments” in a building notable for its poor infrastructure, some families are demanding new living quarters from the state. But they fear in doing so they risk losing the rooms they have at Hotel Nairi.