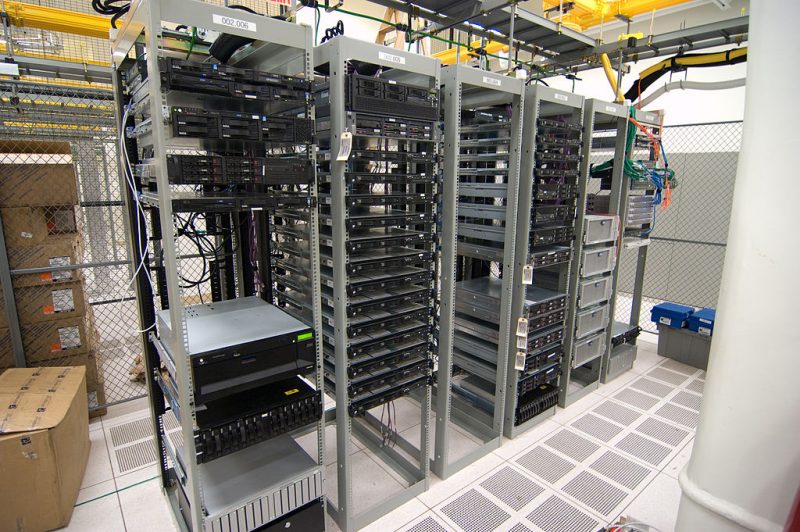 Experts call the idea of cutting off Russia from the global internet infrastructure far-fetched and technically unfeasible // Alexis Lê-Quôc under CC2.0

After a bill was introduced in the Russian State Duma (the lower chamber of Russia’s bicameral legislative branch), the Russian government soon plans to discuss the feasibility of creating a so-called “sovereign internet” system. This system would purportedly safeguard networks within Russia from foreign information attacks, and calls for significant government oversight to facilitate this. So far, several major Russian tech companies have supported the move, some tepid reservations notwithstanding.

A Russian ”sovereign internet” would consist of a series of measures aimed at creating a vast infrastructure of internet oversight. Investigatory media outlet The Bell broke down the main points of this proposed system. First, data would have to pass between internet service providers through newly created “traffic exchange points”, each of which would be uniquely identifiable, like an IP address. The measure envisions a web of such exchange points connecting all of Russia, with all internet traffic leaving the country being funneled through them.

The bill’s authors are Duma representatives Andrei Lugovoi and Andrei Klishas. Both are not new to the internet regulation scene. Lugovoi played a role in creating the mechanism for blocking websites deemed extremist, and Klishas has been busy working on other legislation that bans insults of state officials and “fake news”. When it comes to the “sovereign internet” bill, both claim that cyber security concerns were their motivating factor in drafting the legislation. Their thinking was influenced by the United States’ recent posturing regarding Russia and cyber warfare: in the event of such a foreign cyber threat, centralized control of the entire Runet could be established. All external connections would theoretically be cut off while preserving the internal Russian connections between the various exchange points, presumably allowing the Runet to continue operation unhindered.

To this end, the bill additionally provisions the creation of a national domain name system (DNS) registry.  DNS allows for websites to be more readily accessible. Rather than having to point your browser to a specific IP address, DNS allows you to navigate via much more manageable URLs, like globalvoices.org. However, DNS relies on servers across the globe. By creating a domestic DNS, the government is trying to ensure that the Russian internet could effectively cut itself off from the larger, worldwide internet and continue to operate, under government supervision.

However, some IT experts have expressed concerns that this system only serves to dramatically increase the scope of Roskomnadzor’s powers. Roskomnadzor, the Russian federal media regulatory agency, has recently explored options for streamlining enforcement of content restriction. The “sovereign internet” plan calls for providers to install special equipment to take measures against digital threats.  This equipment will also automatically block web pages and material on Roskomnadzor’s blacklist. It therefore comes as no surprise that any discussions of a ”sovereign internet” system would include these sorts of censorship provisions.

Though the bill has not yet been taken up for consideration in the Russian State Duma, the government has already consulted Russian tech giants and IT groups. Both Yandex and Mail.ru, two of Russia’s largest IT companies, expressed support for the proposed system. Yandex’s director of network infrastructure development said that this system has come just in time for the defense of the Russian internet.  Mail.ru’s vice-president and technical director explained his company’s support:

If all the threats [the system] is directed against came to fruition, then internet companies would be the first to suffer. Even if the measures suggested in the bill are never put to use, their existence would allow the industry to feel more at ease.

Both companies, however, said that more work needs to be done before the system could ever be put into action. Other tech companies took their criticism further, pointing out that there were serious deficiencies and oversights in the proposal. Almost all were unanimous in the need for further discussion.

Some have pointed to the colossal costs associated with building the infrastructure required, and lamented that this would only lead to further monopolization of the Russian internet provider market. Larger companies that can eat the cost of building and maintaining the system would be able to ensure their continued existence (and therefore access to government funds), while smaller enterprises would effectively be cornered out.

This is to say nothing of the technical expertise required to establish and utilize this network without any hiccups. Given that the Russian government has not had the best track record with blocking even one mobile app (as well as VPNs), the idea of cutting off the Runet from the rest of the world and maintaining its functionality is far-fetched for many experts.

Technical feasibility aside, the idea is not playing well with Russia’s youth. Several were asked on video if they could accept using an isolated Runet, cut off from the rest of the world. Here are some of their reactions:

[Man 1]: This infringes on my rights; limits my possibilities. What is the point of doing this? For what? To control us?

[Woman 1]: It would be very hard. We would get used to it, of course, but it would be hard.

[Woman 2]: I would be very upset if Instagram went down.

[Man 2]: Young people will use books to educate themselves.  I am ready. When I turned off my internet at home, I started to think what I would do. Read interesting books!