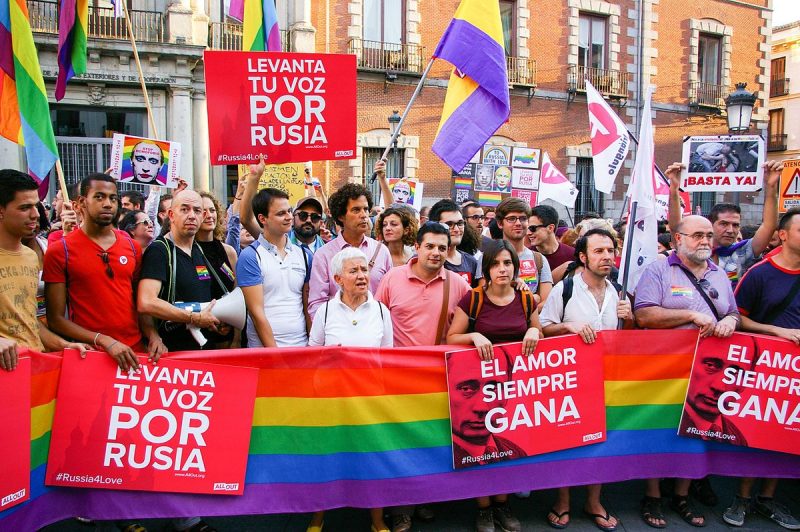 Yesterday we received threats against our guests and ourselves if we proceed with our talk show about LGBT.
I’m cancelling the show.

According to independent newspaper Novaya Gazeta, the show featuring Yaroslavl’s LGBT activists was scheduled to air in the early morning of Wednesday, January 23. The same activists had recently picketed the town’s main square to protest against the persecution of gay people in Russia, notably in the republic of Chechnya. The station invited them to be interviewed about the protest and their experience of being openly gay in provincial Russia.

Shabuyeva’s initial announcement of the show attracted a torrent of homophobic abuse in the comments, including some from local officials, but that didn’t put her off, she told Novaya Gazeta. However, late in the night before the show, Shabuyeva says, a stranger called her on the phone from an unidentified number and told her that if she were to proceed with the scheduled programming, her guests would be met outside the studio with baseball bats. She could also face problems, the anonymous caller threatened. Fearing for her guests’ safety, Shabuyeva cancelled the show and replaced it with another programming.

The picket on Yaroslavl’s main square was part of a national campaign #saveLGBTinRussia aimed at raising awareness about the brutal persecution of gay people in the republic of Chechnya. Similar pickets and rallies were held in other Russian cities.

The Motherland Calls on her children (the citizens) to fight xenophobia and repressions in modern Russia. Let her call awaken you!
[the sign says: RUSSIA’S DEPARTMENT OF JUSTICE COULD FIND NO GAYS IN CHECHYA. THEY ARE THERE: IN PRISONS AND IN GRAVES. #SAVELGBTINRUSSIA HOMOPHOBIA=FASCISM

In April 2017, Novaya Gazeta reported that the authorities of Chechnya, a troubled Muslim republic in the south of Russia ruled by a former warlord Ramzan Kadyrov, was waging a brutal campaign of repressions against its LGBT population. Recent reports said the “purge” has been intensifying, with at least two victims dead and dozens held in illegal detention.