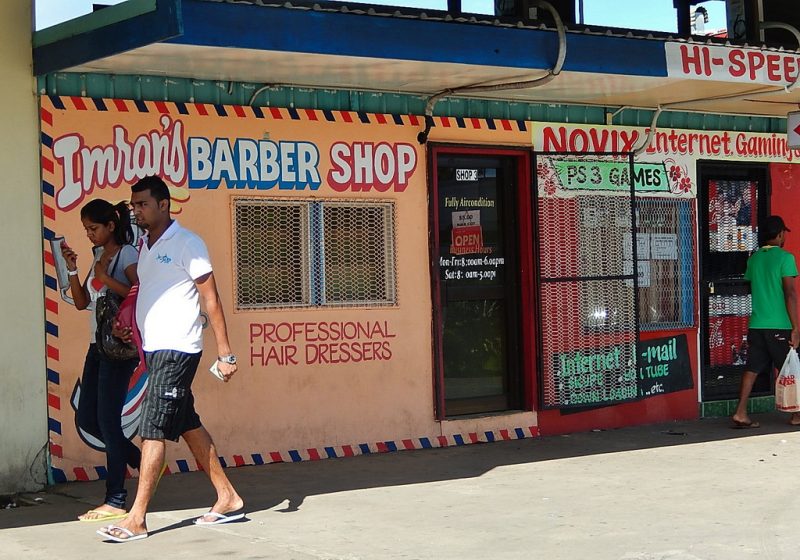 Fiji’s Online Safety Act took effect this month amid concern that it will be used to censor the Internet.

The law was passed in May 2018 two months after the Attorney-General’s office submitted it for parliament deliberation. The government deemed it necessary to make the Internet a safe space for women and children:

The Fijian Government in its commitment to ensure access to connectivity for all Fijians, has embarked on promoting a safe online culture and environment in hindsight of the recent increase of reports on harmful online behaviour such as cyberbullying, cyber stalking, Internet trolling and exposure to offensive or harmful content, particularly in respect of children.

The Fiji media was placed under state control after the military staged a coup in 2006. In 2010, the Media Industry Development Decree was passed which recognized press freedom but fears of state reprisal led to self-censorship in the media sector. Meanwhile, the growing use of social media in recent years has allowed citizens to use this platform to share their views, report alternative news, and engage public officials.

Some reports mention that if the Media Industry Development Decree dealt with mainstream press, the Online Safety Act is designed to regulate social media.

Fourteen members of the opposition voted against the Online Safety Bill which they claimed will undermine democracy.

But some supporters of the law disputed this:

Opponents of the Online Safety Bill say that it's undemocratic. What is democratic about lewd pictures going viral? What if it was your daughter or granddaughter? Will opposition take responsibility for that? #FijiNews #FijiPol #FijiParl #Fiji pic.twitter.com/ZbuSTylAxV

The Online Safety Bill if passed will protect Fijians from being victimised on social media as is rampant today. It will make online users think twice before they post things online.

Critics cited part four of the law as problematic since it can be arbitrarily used to intimidate Internet users. This particular provision considers “the posting of an electronic communication with the intention to cause harm to an individual” as an offence and is punishable by five to seven years.

Aside from the prison sentence, those found guilty of violating the law will be fined up to 20,000 FJD (9,440 US Dollars) for individual offenders.

Opponents of the law warned that ‘causing harm’ as an offence is too broad that any dissenting opinion can be interpreted as illegal content.

Jope Tarai from the University of the South Pacific noted that the proposed Online Safety Commission as stipulated under section six of the law appears to mimic and repeat the functions of the police-based Cyber Crime Unit. Aside from creating a new agency that will police Internet content, the law gives broad powers to the Online Safety Commission which “has raised concerns on its possible threat to free speech.”

The scholar also warned that despite the avowed intent to promote safety, the law could lead to the censorship of free speech:

The Act on the surface professes online ‘Safety’, while its vagueness on responsible free speech leaves the act open to being a Trojan horse for online ‘Regulation’ and censorship of dissenting voices.

The claimed intent behind the Online Safety Act is certainly a noble one and long overdue in so far as protecting women, children and victims of irresponsible online behavior is concerned. However, the ‘danger’ narrative creatively cultivated by Fijian state officials ignored the strengths of social media.

During the parliament deliberations, a group of young people enumerated their concerns about the proposed legislation:

We are a group of individual youth concerned about the effect of this Bill on free speech in Fiji. While we appreciate the need to protect children and men and women against revenge porn or unauthorized sharing of their intimate images or videos, we are concerned that this Bill is too widely drafted, that it can be misused by those in authority to punish and prosecute those who share their views, who do not share the same political views i.e. it can be misused to prosecute political opponents, rather than serve its purpose to protect children against cyberbullying or other online abuse.

More than half a million citizens are now affected by this law and they need to be reassured that their rights to share ideas and information won’t be compromised even further.