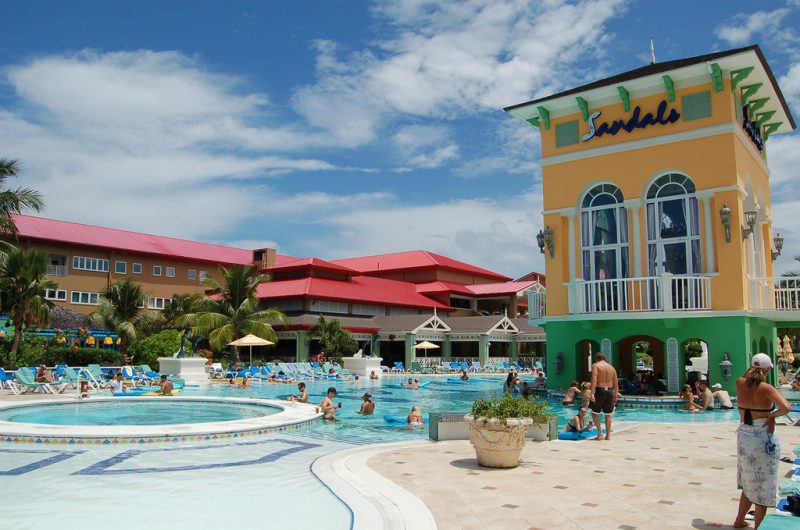 If you've come to the Caribbean on vacation, chances are you've stayed at a Sandals resort, the regional chain of all-inclusives started by Jamaican businessman Gordon “Butch” Stewart. The ever-expanding franchise had been in negotiations with the Trinidad and Tobago government to open a resort on the island of Tobago, until news broke on January 15, 2019, that the company was “pulling out”.

Although the two parties signed a memorandum of understanding on October 10, 2017, no contracts were forthcoming — and according to Sandals, “the cu­mu­la­tive ef­fect of the neg­a­tive nar­ra­tives” surrounding the 700+ room hotel was the deciding factor in its decision to opt out.

With Sandals’ exit, high hopes for diversifying the country's economy with the help of a successful tourism brand were dashed. Trinidad and Tobago's gross domestic product still leans heavily towards the energy industry; diminishing oil and natural gas resources have prompted successive governments to peddle the idea of diversification. Now, many are saying it's all talk and no action, and blame is flying every which way.

Some not buying Sandals’ excuse

Several online discussion threads questioned the authenticity of the negative publicity rationale as Sandals’ reason for discontinuing talks. On Facebook, Mariano Browne, a former minister in the Ministry of Finance, suggested:

[…] This talk of [sic] negative publicity is a sham. There are other reasons why talks broke down […] the MOU was poorly structured.

However for political purposes it is useful to lay blame at the door of those who asked sensible questions.

[S]tudy that in reality no company the size of Sandals would care one rat’s ass about the opinions of a couple people on an island if they REALLY wanted the business.

Yet, Sandals has been firm in its defense of its brand and its praise for the current administration, saying the Trinidad and Tobago government was supportive and transparent throughout the process.

Critics maintain that the deal could not withstand scrutiny, as its terms did not favour Trinidad and Tobago. Legal actions taken by blogger Afra Raymond forced the government to publicly divulge the terms of the MOU before any binding legal contracts were put in place.

The MOU revealed that Sandals was not investing capital to develop the resort, yet were qualifying for the same concessions (duties and taxes) typically afforded to hoteliers that do put out development money. Additionally, there was no guaranteed percentage of local labour.

While tourism minister Randall Mitchell emphasised that the MOU is a non-binding document, Raymond's argument is that an MOU sets out the intentions for how a project will proceed and civil society has both the right and responsibility to ask questions.

In a scathing criticism of both the country's media and opposition after the pullout, Prime Minister Keith Rowley maintained that his government had consistently answered those questions despite “misinformation” — from the exact location of the proposed Sandals and Beaches resorts to the scale of the project — being bandied about “by the truckload”. Rowley said:

We have lost the opportunity to have a brand that will bring to Tobago the kind of airlift that we wouldn't have had to pay for in the model that we have been using for the last decades.

The government's hope was that Sandals would have been “a rising tide lifting all boats”. Supporters of the project claim that the model has been used before, at the Hilton Trinidad and Conference Centre, and at the Hyatt Regency. Facebook user Rene Charles said:

Both these hotels are government owned but managed by foreign entities in the case of the Hyatt I have yet to receive a note saying that they were [a] loss making entity. Hilton […] have [been] playing catch up now but over time and further upgrade works and they will be placing cash into the coffers. So we do know that we can make money out of a hotel investment.

For his part, Raymond said the success of the Hyatt and Hilton models is up for debate, as there are no audits available to track their financial performance. Charles, meanwhile, challenged suggestions that the Sandals project would have cost Trinidad and Tobago taxpayers TT $7-8 billion dollars (approximately between US $1 and $2 billion), saying that despite the inherent challenges, the two previous hotels established a precedent — although Tobago would need to upgrade a lot of its support services and infrastructure to use its tourism product as a viable form of diversification.

Despite this — and the prime minister's assurances — the proposed location for the hotel remained a concern for many conservationists who felt that constructing the hotel on the state-owned Buccoo and Golden Grove estates, a mangrove-rich area close to Buccoo Reef, was environmentally irresponsible. The group Fishermen and Friends of the Sea (FFOS) called Sandals’ withdrawal “a win” for the environment”:

Our Buccoo Reef is temporarily saved. Now is the right time to give Buccoo additional protection. Make Buccoo an Environmentally Sensitive Area.

The Facebook page “Save No Man's Land” also dedicated itself to challenging the wisdom of erecting a Sandals resort in this location, not only because of its potential environmental impacts, but also because a major fault line runs through the proposed site, which could have meant much more money having to be poured into construction costs.

The only people who may ever know first-hand the factors that contributed to the pullout are the ones at the negotiating table, but as it stands, both sides of the political divide are being accused of trying to win political points. Tourism industry stakeholders, though, are swallowing their disappointment and pressing on.