Rare film footage with sound of Kyoto, Japan, from 1929 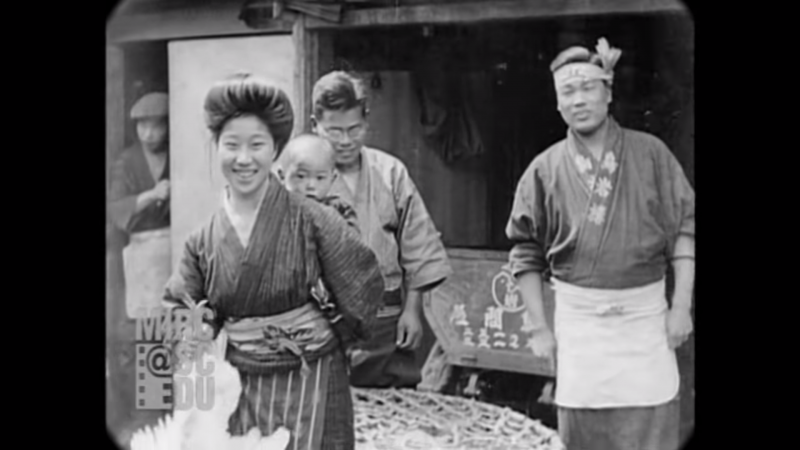 Kyoto, Japan, in 1929. Screencap from “1929 – Early Sound Footage of Kyoto, Japan”, edited and uploaded to YouTube by Guy Jones.

A popular YouTube channel has uploaded restored newsreel footage of Kyoto from 1929. What makes this film notable is that it features actual sound footage of Japanese city life at that time. Usually, newsreels from that era are silent.

The newsreel includes market scenes, a ceremony at a Shinto shrine and young women playing traditional games, all with clear sound.

The film is just one of dozens of newsreels restored and uploaded to YouTube by videographer Guy Jones, who edits century-old films to more accurately match the video standards of the present day.

Usually, Jones slows down the film’s original speed and adds ambient sound to match the activity seen on the city’s streets, such as in his restoration of newsreel footage of Tokyo from about a hundred years ago.

In this case, the amazing period sound was captured by Movietone cameras, which were state-of-the-art for 1929. The Movietone sound system is an optical sound-on-film method of recording sound for motion pictures that was designed to synchronize audio and image.

Note: This article has been updated to reflect that the source of the newsreel footage is the MIRC, with thanks to Dan Streible.