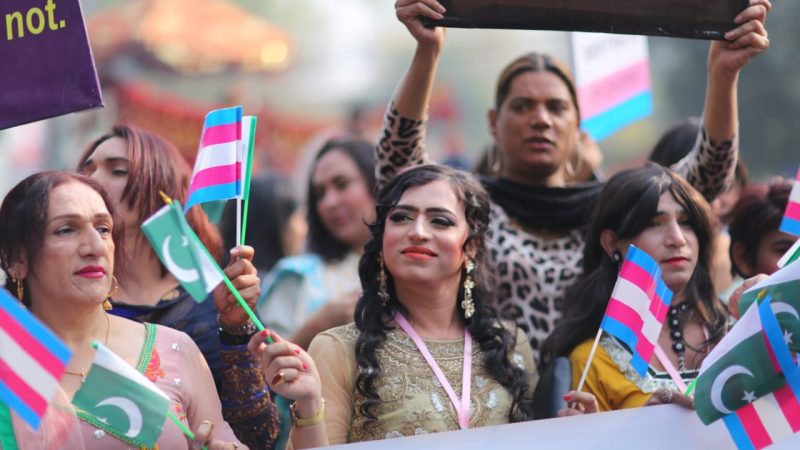 To assert their rights and demand implementation of the law, a Transgender Pride March took place in Lahore, Pakistan, on 29 December 2018. For the first time in the country's history, Transgender people dared to step out of their seclusion and demanded that the Government implement The Transgender Persons (Protection of Rights) Act, of May 24, 2018.

With changing times even Pakistan is becoming more accepting towards transgender! First ever transgender march in Pakistan took place in Lahore on Dec 29, 2019. I hope this will continue and maulvis won’t give out fatwas against it. https://t.co/Z0xM8vbCCq

The Constitution of Pakistan says that “No person shall be deprived of life or liberty save in accordance with law,” which is covered under the Fundamental Rights of citizens. However, Transgender persons have a different story to tell when it comes to their rights and life; they have faced torture, rape, been burnt alive, beheaded and even shot dead, yet the state did not help them despite the passing of the Transgender Persons (Protection of Rights) Act by the Government in March 2018.

Jannat Ali, nicknamed Lahore's Trans Diva, is the founder of Track Transgender and Program Director of Sathi Foundation which organized the Pride March. Other transgender people and non-transgender supportive members also played their role in the execution of the march and its success. Sathi Foundation is a transgender-led organization working for the welfare of the transgender community in Pakistan. 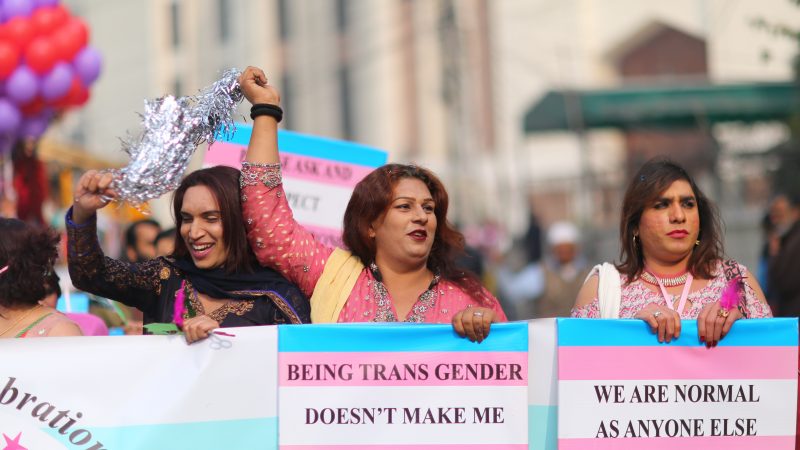 The march was attended by nearly 250 transgender people from all provinces of Pakistan. Prominent among them were Kami Sid, Bebo from Sindh, Nadra from KPK, Anmol from Sahiwal District, Nayab from Okara, Sunaina Khan (Classical Dancer), Naghma & Lucky (Coke Studio Singers), Laila Naz and Neeli Rana. The event started with a Press Conference at the Lahore Press Club where the demands of the community were presented; after which they marched to Al Hamra Cultural Complex on the Mall dancing and singing songs on the way, where they dispersed after food.

Even though the press conference was held in the Lahore Press Club the Pride March was not covered by mainstream media. Although organizers invited officials, like Punjab MNA Saadia Sohail from Pakistan Tehreek e Insaf, government officials didn't attend the event. The march did generate some attention on social media where people appreciated the parade while some questioned the reason for its non-coverage by mainstream media.

https://t.co/2JEBMDkqSR
Why is there a media blackout regarding the Trans Pride march in Lahore, Pakistan?

This is wonderful ❤️ Pakistan’s first transgender pride march. It’s a shame that no one really reported on it, most likely because it doesn’t fit the narrative of a country defined simply by religious extremism. What defines it is it’s diverse people just like any other place. https://t.co/cKxlaerFHy

According to organizer Jannat Ali:

The aim was to show positive and progressive image of Pakistan and how the country is slowly accepting us and we are gaining more space in the society. Pakistan is not only about terrorism and a conservative society there is more to us. We promoted our march along with our KhawajaSara (transgender) culture and traditions it was not the same type of march as it is held in US.

The march also emphasized a positive and progressive image of the transgender community; it also called attention to the discrimination and violence. Due to limited options in mainstream jobs, transgender people are forced to turn to the sex trade to earn a living. Due to unsafe sex practices, many have HIV and AIDS. The police and doctors also need to be sensitized as they are often making life difficult for Transgender people who reach out for help or medical assistance.

Asad Zaidi tweeted about the general impression of Pakistanis towards the transgender community:

RT'd a tweet about the trans pride march in Pakistan and lost a bunch of followers. Bye (:

In a talk at TEDxLahore in 2017, Jannat Ali shared her painful journey about being a transgender person in Pakistan after coming out to not just her family but to society at large as well.

The Transgender Person (Protection of Rights) Act 2018 passed by majority votes in the National Assembly ensured that the community could obtain a driver's license, passport, have the right to get their gender changed in National Database and Registration Authority (NADRA) records, stopping of harassment, access to educational, employment in trade and health services without discrimination.

It also mentions that safe houses for transgender people, medical and educational facilities and psychological counseling will be provided to them by the government. They will be entitled to inherit property and will also have the right to vote in elections. 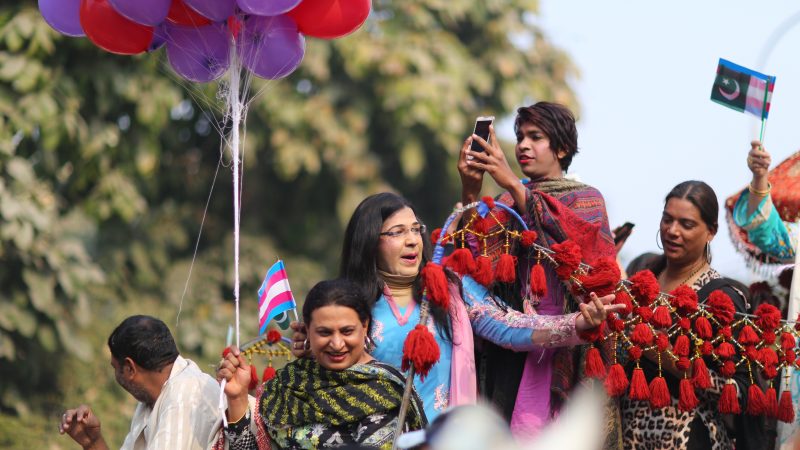 Pakistan is slowly starting to make strides when it comes to transgender visibility. A few Transgender people contested the General Elections 2018 for National and Provincial Assembly seats for the first time. A local TV channel hired its first transgender anchor; Coke studio, a music program, featured two transgender people in an episode.

While things are changing for the transgender community and they are slowly being accepted, the process is slow. However, many are optimistic that things will soon change for the better and these people will get their place in society with the rights and privileges of citizens equal in the eyes of society and the law.