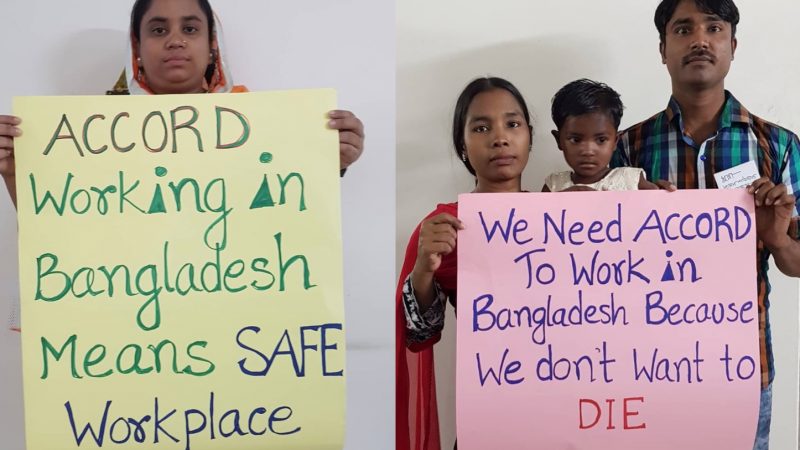 In April 2013, a garments factory collapse at the Rana Plaza building in Savar, Bangladesh, left 1,134 people dead. The tragedy exposed the lack of safety of Bangladesh's garment industry, the country's biggest employer and leading export business, whose clientele includes huge European and US fashion brands. In its wake, over 180 international retailers, importers, and local and global trade unions signed a five-year pact to ensure safer garment factories in Bangladesh.

Since its establishment, the Accord on Fire and Building Safety in Bangladesh (known as “the Accord”) carried out inspections of 1,620 garment factories, assured public disclosure of safety reports and corrective action plans, and provided safety training for workers.

Now, Bangladesh is seeking to push the group out of the country and hand over its monitoring activities to the state regulatory body, the Remediation Co-Ordination Cell (RCC), established in 2017.

Commerce Minister Tofail Ahmed told the press in June 2018: “Now Bangladesh has achieved the efficiency to look after the security and work-friendliness of its RMG [ready-made garments] machinery.” He added: “No accidents have yet happened after the unexpected Rana Plaza incident. From now on the Remediation Co-Ordination Cell (RCC) will look after these things regularly.”

The RCC was established through the collaboration of government bodies and factory owners’ associations. It does not have representatives from any garment workers’ unions. Many such unions believe the RCC does not have enough capacity to undertake inspections and improvements of the entirety of Bangladesh's garment industry, which, according to one study, could amount to around 8,000 factories when considering small ventures and sub-contractors.

Over the years, many factory owners have complained that The Accord has made too-costly demands for safety improvements. When they don't comply, they risk losing valuable European and US costumers.

Although the Accord was set to expire in May 2018, its signatories agreed, in 2017, to extend it until to 2021 as only 174 out of 1,620 factories that it monitored have so far completed all recommended safety repairs.

However, in April 2018, a high court in Bangladesh instructed the government not to renew the Accord's jurisdiction beyond May 31 after a local garment factory filed a petition against the group.

The group appealed, and a decision by Bangladesh's Supreme Court ended up extending its tenure for six more months under a “transitional agreement.” The Supreme Court should make a final decision at a hearing scheduled for January 21.

The Accord is one of three similar initiatives set up in Bangladesh following Rana Plaza. The smaller Alliance for Bangladesh Worker Safety, comprised of 28 global retailers, terminated its five-year mandate on December 31, 2018 (they haven't sought to extend it).

The Alliance has provided basic fire safety training to more than one million workers in on 655 garments factories. Four hundred factories have completed their recommended remediation works.

A third enterprise, the state-run National Initiative, monitors 745 factories. They will all be handed over to the RCC starting in 2019.

In an interview via email, Global Voices discussed the issue with labor activist Kalpona Akter, who is the founder and executive director of the Bangladesh Centre for Worker Solidarity, a labor rights group.

Akter began working at a garment factory when she was 12 years old. At 15, she became the president of her union. She has been arrested, faced threats, and received international awards as a result of her union activism. 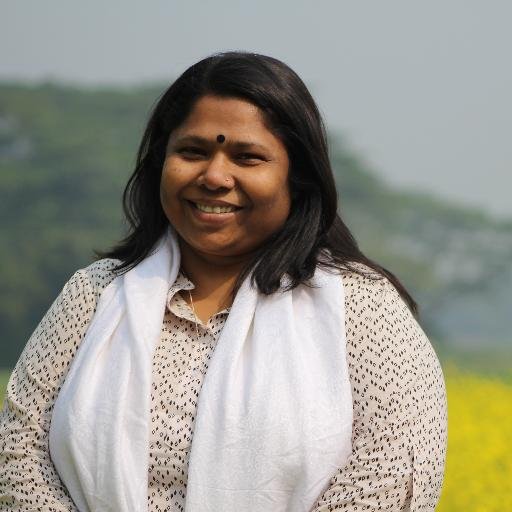 Global Voices: What are the main hazards garments workers face in Bangladesh?

Kalpona Akter (KA): The main problem has been structural. When the industry was growing rapidly, the country wasn't ready with all the infrastructures. So many of these factories had been established in former residential buildings, which later were expanded illegally without an approved structural plan (to support heavy machinery etc.). The electric wiring system in these factories was poor and lack of emergency exits or firefighting system were common.

GV: What are the main achievements of the Accord when it comes to improving workplace safety in the garments industry in Bangladesh?

(KA): They found thousands of life-threatening hazards during their inspection in over 1600 factories which resulted in fixing over 90% of those hazards in subsequent times.

They included workers participation in the inspections in order to get first-hand information on safety – to know how workers are feeling about the working environment in the factory. They followed up with the workers sharing their follow-up reports and corrective action plan; giving a belief to the workers that their lives matter in the supply chain.

At the top of that the overall transparency that the Accord created was huge; sitting anywhere in the globe anyone could see the factory inspection report, the suggested corrective action plan of all those factories in the Accord website, that was phenomenal. Before 2013, hundreds of garments workers gave their lives succumbing to factory fires or many other work-related injuries. After Accord started work in Bangladesh the death tally is zero!

This is the main issue we are trying to address in the past years that, if there is an industry there will be industrial disasters but there is no point for the workers to die for lack of safety. The work of Accord showed us that, there can be a disaster or a freak accident but workers lives will be still safe if measures are in place!

GV: Why does the industry need a longer tenure of the Accord?

(KA): The government is NOT yet ready with resources and expertise to sustain the change that Accord has made. The government and the manufacturers are saying that RCC (Remediation Co-Ordination Cell) is ready to take over all the work that Accord is doing but this is not true. The RCC is not ready yet to take all the job & responsibilities that Accord in doing in order to make these factories safer. Accord really needs to complete its current extension (up to 2021) and if still needed it should go beyond as well.

GV: Who is against the Accord's presence in Bangladesh?

(KA): The government and the Manufacturer Associations are against to the Accord since the beginning of its work. One of the reasons can be that they have not been included in the mainstream of the Accord's decision-making process regarding factory inspections, so they are not in the steering board. There are also rumors that the Accord has been imposed on the manufacturers by powerful foreign nations or that the Accord is a colonialism program.

GV: What will happen to the hundreds of thousands of garment workers and the industry if the Accord leaves Bangladesh?

(KA): Then the factories will reverse back to the Rana Plaza situation. The problems in the RMG industry in Bangladesh are not new. If the government and the manufacturers would really care about the workers first before their profit then they would not have experienced all those horrified fire accidents and building collapses. If workers lives would really matter, then we wouldn't witness all these workers die in the last three decades. The bottom line is, the Accord leaving the country prematurely would mean an unsafe industry once again.