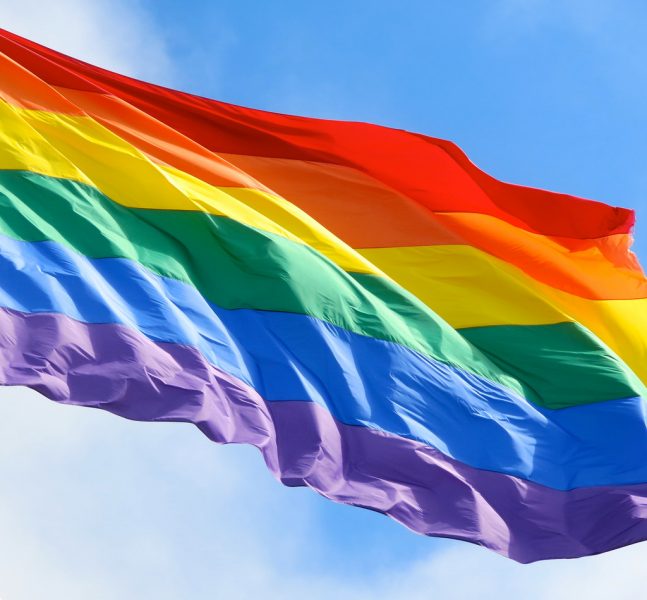 On the night of December 30, 2018, a fire “of yet unknown origin” leveled the Kingston offices of the Jamaica Forum for Lesbians, All-Sexuals and Gays, which goes by its acronym, J-FLAG. The organisation, which began its work in 2012, defines itself as “the foremost human rights and social justice organisation which works for lesbian, gay, bisexual and transgender people in Jamaica”.

In a statement following the incident, J-FLAG was careful not to jump to conclusions regarding possible causes of the fire. It acknowledged the “damage and destruction to the building”, thanked first responders for their professionalism and expressed gratitude that there were no casualties.

Three days later, on January 3, 2019, the group posted a Facebook update which noted that while the authorities are “further along” in their investigations, they still have not been able to determine the cause of the blaze:

The police have assured us that they are treating the issue as a priority and will ensure the investigation is done thoroughly and [in a] timely manner.

The building that J-FLAG occupied was an older property, leaving some netizens to wonder whether outdated electrical wiring may have been a contributing factor. In the context of Jamaica's baggage around the issue of gay rights, many social media users reacted to the news by expressing their solidarity.

There was a high incidence of speculation, conspiracy theories, and distasteful or intolerant commentary regarding the incident. As a conservative and heavily Christian society, Jamaica has a history of colouring equal rights issues like gay marriage with a religious lens. Suggestions of the J-FLAG fire being an act of God were fairly commonplace, and prompted a pushback:

If burning down JFLAG was a fish fry would setting fire to the houses of homophobes, rapist and misogynists be considered a dumpster fire then? Or is that form of arson not festive enough for you?

Many called out what they saw as religious hypocrisy:

Christians dense enuh… dense bad. How can you laugh at comments re JFLAG Fire and think that’s ok??? That’s effed all the way up.

I just saw a “former” lesbian turned married Christian post one of the most distasteful comments on the burning down of the JFLAG fire. And said it was her fave. Oh how quickly we forget where we come from. This is why Christianity will continue to lose people.

This ugly side of the Jamaican blogosphere prompted Twitter user Annissa to suggest:

The importance of safe spaces cannot be understated. Jamaicans have really showed their ass in response to the JFLAG Fire.

Unspursingly, the recent homecoming of dancehall superstar Buju Banton, who served time in a United States prison on drug charges, made its way into the mix thanks to “Boom Bye Bye”, his decades-old song that advocated killing homosexuals, but such insinuations were quickly dismissed. Tongue in cheek, Garvey Marcus posted on Facebook:

I can bet JFlag[‘s] head office was set on fire by a jealous gay man out of revenge, or maybe they're saying it [was] Buju Banton.

Me just love how the comments about the fire have implicated Buju, assumed arson, blamed JFLAG for starting it for attention and assumed a major aggressive response all in one sweep.

Jamaicans create problems then get mad about them.

The absence of facts has not stopped online speculation. Yet, when it comes to equality for LGBTQIA+ citizens, the Caribbean as a whole made great strides in 2018.

The fire at J-FLAG's headquarters represents a setback for Jamaica's main LGBT rights advocacy organisation. The group lost significant assets — including computers, files and other equipment — all crucial to their work.

J-FLAG has promised, however, to communicate with supporters about the ways in which the displacement may affect the delivery of its programmes, as well as to advise on the kind of support the organisation will need to continue operations going forward.

A large portion of J-FLAG's financial resources comes from foreign and diaspora organisations, so there is hope that this network will help the group get back on its feet. In the meantime, staff plan to work virtually until J-FLAG finds another home.

As of this writing, investigations are continuing. Regardless of the outcome, J-FLAG surmised:

2019 is the year of rebuilding. Rebuilding partnerships, programmes and strategies. […]
Looking forward to the support of the LGBT community at home and in the diaspora as we rebuild.