A plane carrying seven indigenous people disappeared in the Amazon rainforest, but few in Brazil are talking about it 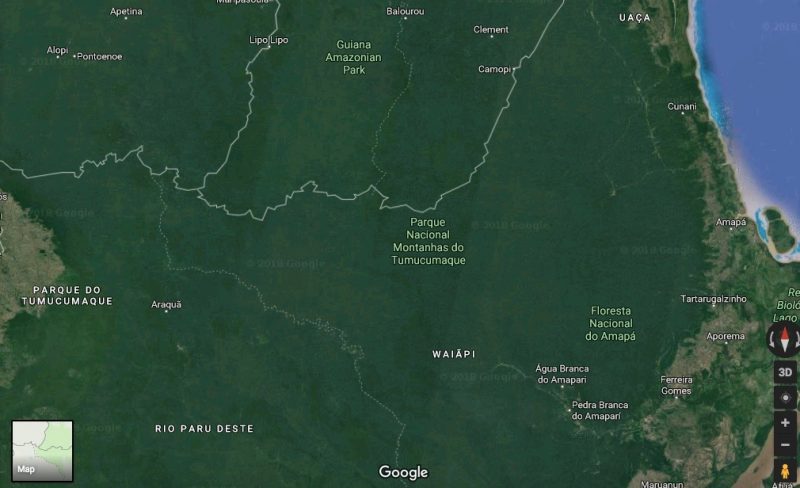 On December 2nd, a small plane took off around Matawaré village, deep in the Amazon rainforest, in the northern state of Amapá. On board was an indigenous woman of the Akuriyó group, her son-in-law, and a family of the Tiriyó group – a teacher, his wife, and three small children. The pilot was Jeziel Barbosa de Moura, 61, who is experienced in the region.

The region's indigenous people frequently fly from remote villages to the town of Laranjal do Jari, located 265 km away from the state capital, Macapá (the journey by car from one to the other takes around four hours). A one-hour chartered flight costs around 3000 Brazilian reais (around 770 USD).

Twenty-five minutes after takeoff, Jeziel sent a radio message saying that he needed to make an emergency landing. Radar contact with the plane was lost after that. According to information from the news outlet G1, he was flying clandestinely without having previously disclosed a flight plan.

Fifteen days after the plane went missing, the Brazilian Air Force announced they were suspending searches for survivors. The mission amounted to 128 hours of flight in total. Two planes and a helicopter have searched an area of 12,000 km2, roughly equivalent to 12,000 football pitches. However, the thick forest made the work difficult.

According to state news agency Agência Brasil, friends of the pilot and indigenous people from four groups – Apalai, Akuriyó, Tiriyó and Waiana – continued the search on their own, on the ground, for a month since the planed has vanished. The Association of Indigenous Peoples and Organizations of Amapá State and Northern Pará published a message condemning the Air Force's decision to suspend the search.

The group says that the precarious state of landing strips for indigenous communities is a longstanding issue. G1 reports that there are 49 landing strips yet to be brought up to official standards in indigenous territories in Brazil, according to the Federal Prosecution's Office. In Amapá state alone, “there are 17 irregular strips, which are used for transporting health and education professionals and indigenous people themselves”.

This case, although noted by some national websites and newspapers, has not made to the main headlines in Brazil. Eight people disappeared in the world’s largest rainforest and most of the country has not even heard about it.

G1, a large mainstream online news site in Brazil that has been following the case, talked to relatives of passengers and the pilot. All of them said they were “in despair” and that they were waiting for help from the Army to search for the disappeared in the thick forest. The fear is heightened because it is a race against time.

My father knows the region, he has been flying for a long time, so we know that he tried to land somewhere, but in the forest it is difficult to find. We know the difficulty of air rescue, but we want to find him, and so we gathered some miners and indigenous friends of my father, who are in the forest. But we want help from the Army which is prepared for this.

Sataraki Akuriyó, the son of the oldest passenger on board, told the website:

My mother I won’t see again, and so I wanted to find at least the plane or her body. Since they fell I have been suffering a lot.

The same day the Air Forced announced the end of the searches, then president-elect Jair Bolsonaro, who took office on January 1st, declared his intention to revise the demarcation of the indigenous reserve Raposa Terra do Sol, so that it can be exploited it in a “rational way”.

Within the reserve’s 1.7 million hectares, there are around 17,000 indigenous people from five groups – Macuxi, Wapixana, Ingarikó, Taurepang and Patamona. In an article, lawyer Lucio Augusto Villela da Costa said the area is “known for being rich in minerals such as tin, diamonds, gold, niobium, zinc, caulim, amethyst, copper, diatomite, barytes, molybdenum, titanium, limestone, as well as having the second largest reserve of uranium on the planet.”

Economic exploitation of indigenous lands, according to specialists, is “unconstitutional” under Brazilian law. His plan would go against Brazil's 1988 Constitution, which provides for the right for indigenous people to “maintain lands, way of life, and traditions”.

The website De Olho nos Ruralistas (“eye on the ruralists”, in English), which reports on land conflicts in Brazil, interviewed anthropologist Denise Fajardo, researcher at the Institute for Research and Training in Indigenous Education, about the case of the disappeared plane. For her, the current political climate and the way that the case has been reported are not isolated:

The matter is not being discussed because the lives of indigenous people is not important at the moment, we are living an anti-indigenous time and they are considered to be an obstacle to the country’s development. We can draw parallels even with the children lost in a cave in Thailand, which has had more attention from the press.

She added that indigenous people from the region often leave their villages to deal with personal matters and that they feel isolated.

The Tumucumaque National Park is a small area which belongs to them and was where the state put them, or rather where the state isolated them. The region is difficult to access and no means of transport are provided to this population, who stay confined there to the village.

The village Mataware, from where the disappeared plane left off, is only accessible by water or air. On the night of December 17, another plane carrying indigenous passengers had an accident in the Amazon, this time near the border with Peru. The three passengers were rescued alive by the Air Force.