China persecutes independent leftists in the name of Marxism 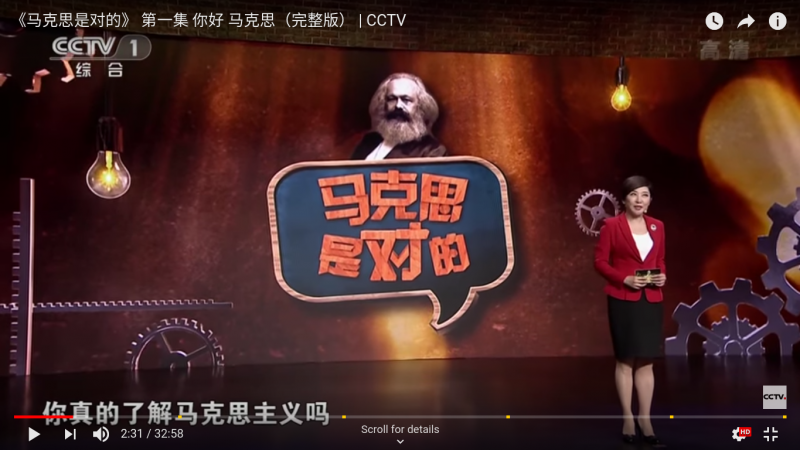 On December 28, Beijing police arrested a group of Peking University students for protesting against the takeover of the campus’ Marxist society in yet another testament of the chasm between Marxism and Marxism “with Chinese characteristics.”

The arrests are only the most recent episode of CPP's repression of independent Chinese leftists. In August, 50 people, among students and workers, who had attempted to establish a trade union at a Jasic Technology factory in Southern China were arrested.

Among the detainees is Yue Xin, a Peking University graduate who has publicly adhered to President Xi Jinping’s thought. Instead of pursuing study abroad, she became a blue-collar worker in the Jasic factory. She has been missing since the police raid in August. The Peking University Marxist group had been campaigning for the release of the detained activists.

This new generation of young leftists who put their values into practice has been accused by pro-government commentators of reading Marx at the covert direction of foreign powers.

On Weibo, CCP ideologue and Global Times’ chief editor Hu Xijin justified the repression on Peking University's Marxist group, whose core team members have since been replaced with the university's picks.

I want to tell student Qiu that only China can save socialism. China is the only hope for the future of Marxism. China is now facing a lot of challenges inside and outside the country. All Chinese people who embrace socialist ideals should support the state to go steady in the path of socialism with Chinese character and support the development of Marxism under the circumstances of reform and open doors. Socialism is a very complicated praxis, it is not an dogmatic and idealistic pursue. It is definite that the fate of socialism depends on the fate of China. I hope all young people can realize this. Unfriendly forces have been taking all sort of opportunities to attack us. We have to prevent providing such opportunities for these forces.

Hu's statement reflects China's recent appropriation of Marxism as an ideological tool that helps legitimize President Xi Jinping’s governance strategy that is based on authoritarianism and economic progress.

Throughout 2018, the CPP spectacularly celebrated the 200th anniversary of Karl Marx, the father of communist thought. It organized an international academic conference in Bejing, a grand gathering of the Party, funded a giant statue at Marx’s birthplace in Germany, produced a youth-targeted TV series titled “Marx was Right,” and, most recently, released an animated series called “The Leader” based on Marx's life.

The 5-episode series “Marx was right“, broadcast this year in China's main state-run TV channel, argues that China's market economy is a “tool to realize the values and goals of socialism” and an antidote to crises such as those faced by Western democracies in the past decade, from the 2008 global financial crises to the Brexit referendum in the UK.

As Xi put it at the grand Marx's 200th birthday celebration in Beijing in May:

It is perfectly right for history and the people to choose Marxism, as well as for the CPC to write Marxism on its own flag, to adhere to the principle of combining the fundamental principles of Marxism with China's reality, and continuously adapt Marxism to the Chinese context and the times.

More than 30 prominent scholars have decided to boycott Beijing’s 2019 World Congress on Marxism, including leftist professor Noam Chomsky, who said he didn't want to be “complicit in the Chinese government’s game.”

China is the world’s largest manufacturing economy and international investor, and its economy is highly exploitative of the working class.

The CCP's practice to suppress independent labor movements and workers’ organizations go back decades. While many Marxists believe in workers’ struggle as the driving force for social and political transformation, Chinese ideologues consider young leftist students’ who stand by workers’ rights simply troublemakers.

If Marx was still alive, he would be arrested by the CCP and sentenced to life because he advocates for freedom of press, speech and thought.

What exactly is Marxism with Chinese characteristics? You may have a glimpse into it by watching this propaganda cartoon called “The Leader.”