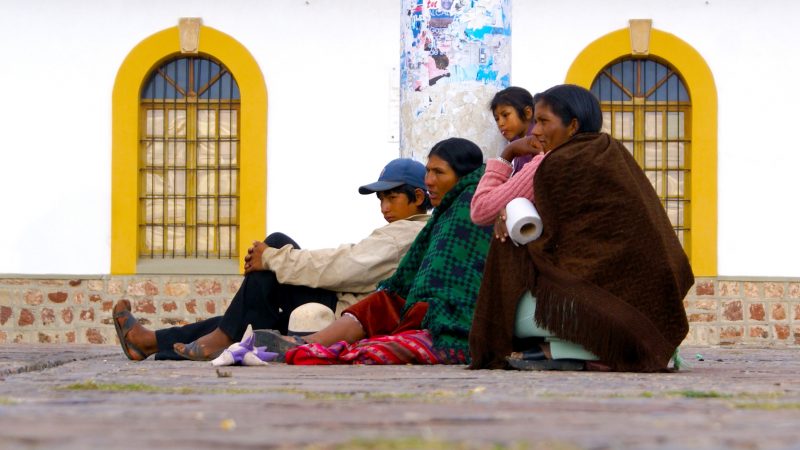 With large exoduses, deadly protests and changes of government, 2018 was anything but ordinary for Latin America and Spanish-speaking communities worldwide.

As witnesses and interpreters of such events, Global Voices’ contributors have helped us sift through the noise and untangle their complexity. From the protests in Nicaragua to the Venezuelan crisis, we have told stories of resilience, of unexpected solidarity, and unusual forms of resistance.

By now, millions of Venezuelans have fled their country and many are using online platforms to help others who want to do the same.

Once in their destination, the growing diaspora faces discrimination by the local population — as well as other limitations that aren't limited to language or culture.

I, Xenophobe: Chronicle of a migratory displacement

It is women who bear the brunt of the Venezuelan crisis

Why do Venezuelans see their country reflected in George Orwell's “1984”?

Up north, a “migrant caravan” fleeing the violence in Central America makes it to Mexico and awakens anti-immigrant sentiments. The media follows closely what goes on by the border with the United States, but doesn't always take the time to explain what it is that Central Americans are running away from.

Changes of power and citizen-led counter-power

Guatemala's democracy was shaken by President Jimmy Morales’ refusal to renew the mandate of the United Nations-backed International Commission against Impunity. The country's top court ruled in favor of the commissioner's return, giving hope to those who support legal institutions in the struggle against impunity. The Commissioner Iván Velázquez hasn't been back to Guatemala, however, and in recent interviews he has denounced further efforts from the government to shut down the commission. Among them, the recent withdrawal of diplomatic immunity from 11 workers of the Commission.

In a blow against impunity, Guatemala's top court rules in favor of the return of UN anti-corruption commissioner

In Nicaragua, demonstrations against social security reforms have transformed into a national outcry against corruption and censorship. The crackdown was swift and brutal. More than 300 people have been killed since the beginning of the protests in April. Journalists have also suffered violent attacks. Human rights organizations point to Daniel Ortega's government as the main perpetrator.

Amid continuing crackdown on anti-government protests, Nicaraguans pay homage to those killed

Cuban citizens debated the Constitutional changes that will regulate internet use in the island.

Michel Gonzalez Nuñez: “I imagine it is shocking to approve a ‘homosexual’ law in a ‘revolution’ so pumped with testosterone.”

Mexico commemorated the 50-year anniversary of the Mexican Movement of 1968. Months later, it elected a leftist president after decades of right-wing government. Still, people did not keep quiet when the pacifist AMLO announced the creation of a militarised police force that will fight urban crime. Many difficulties lie ahead for the new president, but hopefully citizen-led initiatives will provide a helping hand.

Interactive maps become a tool to fight crime in Mexico

Mexico’s was not the only election that shook the region. Costa Rica’s presidential hopeful Fabricio Alvarado, a Christian conservative, alarmed many human rights organizations, especially those devoted to LGBTQ rights. However, the winner was progressive Carlos Alvarado and with him, Costa Rica's first black female vice-president, Epsy Campbell Barr.

Colombians have spoken up against the scores of murdered social activists. In a period of only the first half of the year, over a hundred activists were killed. With the peace deals and the subsequent developments of the country’s internal conflict, a battle for land control has ensued.

As Colombia's peace process falters, scores of social activists are being killed

Finally, Argentina was the closest it's ever been of legalizing abortion. The Senate ended up voting against it, but the movement in the streets and online was massive and evoked memorable displays of solidarity in Latin America and beyond.