PHOTOS: Drone delivers vaccines to a remote island in Vanuatu 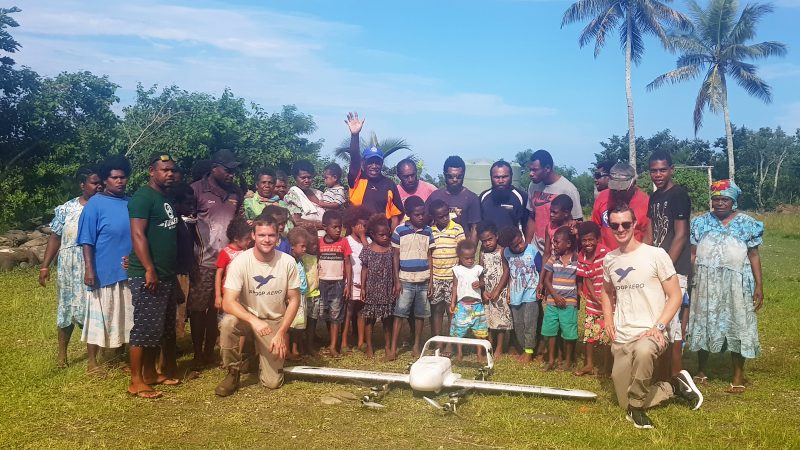 The community gathers around for vaccinations after the drone arrives at Cook’s Bay with the vaccines. Picture supplied by Swoop Aero to UNICEF, used with permission.

“Today’s small flight by drone is a big leap for global health,” said UNICEF Executive Director Henrietta H. Fore after a drone successfully delivered a box of vaccines in a remote island in Vanuatu on December 18.

Vanuatu, a Pacific archipelago nation of 83 islands spread along 12,189 square kilometers, became the first country in the world to use drones for transporting vaccines to its remote communities.

Aside from the geographical challenge, only about one-third of its inhabited islands have airfields or asphalt roads.

One in five children in Vanuatu is not fully immunized.

The drone operated by Australia's Swoop Aero took almost half an hour to cross the 40-kilometer distance from Dillon’s Bay on the west side of Erromango Island to the eastern coast on Cook’s Bay. Drone trials took place between December 5 and 7.

The remote communities along Cook’s Bay have no health center or electricity and are only reachable by foot or small boats. 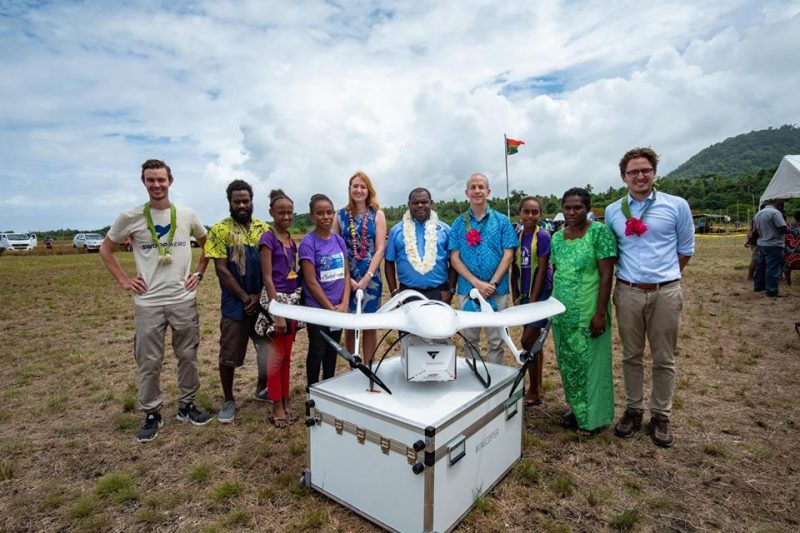 Drone trial on December 5, 2018. Photo by UNICEF, used with permission.

Up, up and away!!! Swoop Aero demonstrates how their drone will trial vaccine deliveries this week in #Vanuatu #drones4vaccines @UNICEFAustralia @dfat @govofvanuatu pic.twitter.com/f8JT146XVL

Since vaccines need to be stored under a cool temperature, they were placed in styrofoam boxes with ice packs before being mounted on a drone. 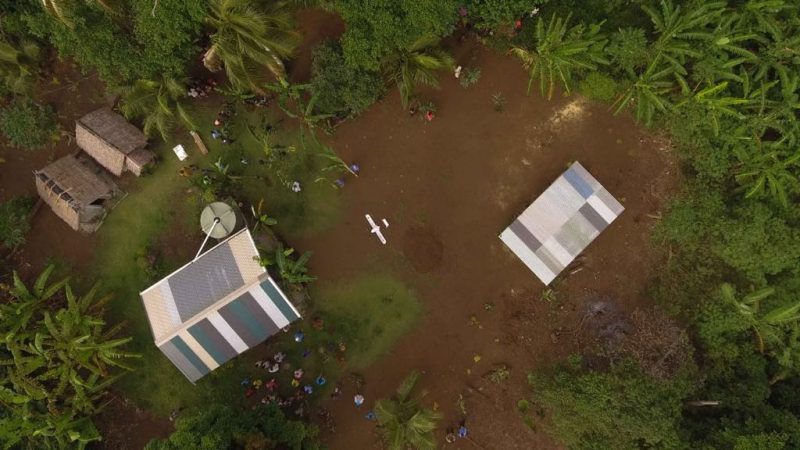 An aerial view of a remote community at Cook's Bay where a drone successfully delivered vaccines. Photo by Jason Chute/UNICEF, used with permission.

Nurse Miriam Nampil received the drone-delivered vaccines and administered them to 13 children and five pregnant women. One-month-old Joy Nowai, who was given hepatitis and tuberculosis shots, became the first child in the world to be injected with a vaccine that was commercially-transported by a drone. 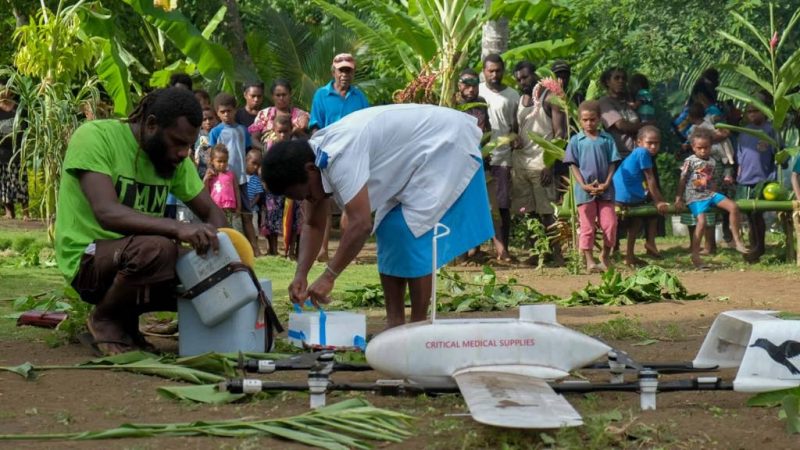 As the journey is often long and difficult, I can only go there once a month to vaccinate children. But now, with these drones, we can hope to reach many more children in the remotest areas of the island. 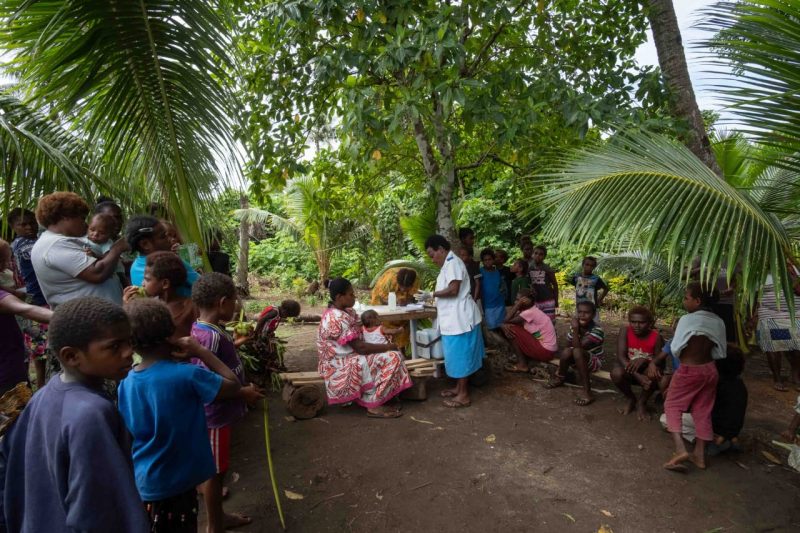 The community gathers around for vaccinations after the drone arrives into Cook’s Bay with the vaccines. Photo by Jason Chute/UNICEF, used with permission.

Vanuatu and UNICEF first proposed the use of drones to improve vaccination coverage in the country in 2017. At least 13 companies submitted their intent to participate in the self-funded drone trials, but logistical and financial challenges caused many to withdraw. In the end, Vanuatu awarded three contracts to two operators which led the trials on December 5.

We are not seeking to replace jobs, we are seeking to complement instead. Think of the nurse at the aid post level, who doesn’t have the medicines and therefore cannot treat a sick child. She or he will be frustrated, knowing what’s needed but can’t do anything about it.

The government of Vanuatu is now studying the possibility of officially integrating the use of drones into its health system.