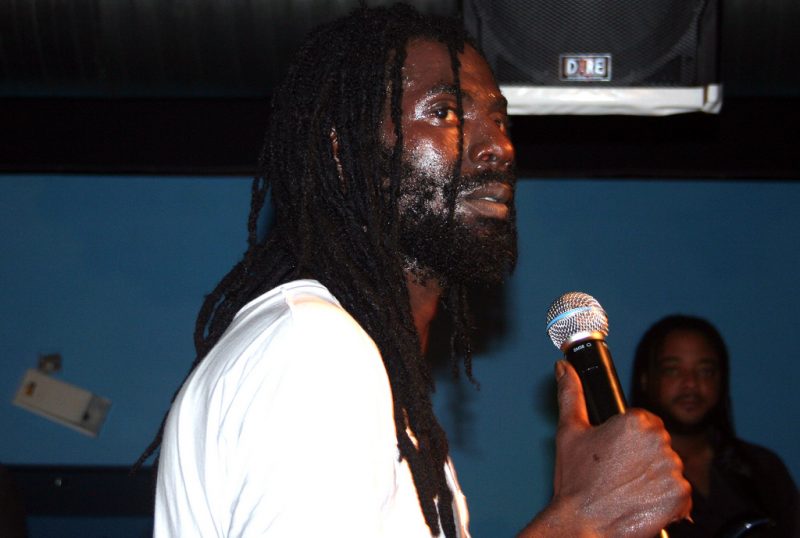 On a warm, cloudless Friday evening, curious onlookers gathered at the arrivals gate, as dancehall star Buju Banton's plane touched down at Kingston's Norman Manley Airport. Jamaicans were waiting, but received the news at rather short notice: the popular musician who served time in a U.S. prison for the last seven years on drug charges would return to the island on December 7, 2018.

Many who felt that Banton was unfairly treated by the American justice system rejoiced, while others had qualms about the celebrations. Either way, Banton returned as a deportee — a fact that didn't seem to bother most Trinidadian fans, who celebrated his homecoming with a street parade in anticipation of his first concert, reportedly to be held there in April 2019.

Banton was found guilty of conspiracy to traffic cocaine in February 2011. The 45-year-old singer, who grew up in inner-city Kingston, is a Grammy Award winner who has courted controversy ever since recording “Boom Bye Bye”, the lyrics of which advocate killing gay people. He wrote the song as a teen in 1988 and released it in 1992, resulting in many canceled overseas tours due to its violent content.

The backlash continued up until the time he was arrested, although many claimed that he had “moved on”. Most of his subsequent recordings expressed socially conscious, spiritual sentiments as he embraced Rastafarianism.

After seven long years away, Jamaica was ready to embrace its prodigal son. Journalists stirred up excitement on Twitter by posting video clips and photographs, and radio talk show host Emily Shields provided running commentary from the airport:

NOW – an unplanned turn out for the arrival of #Buju…

When Banton finally emerged, dressed in white, wearing glasses, sporting a greying goatee and looking heavier in build, he had an almost studious air about him as he posed for smartphone photos with excited airport employees and fans:

Soon afterward, Banton left via a cargo exit, disappointing the crowd outside, but the media caught up with him at his recording studio:

Buju Banton stops to greet fans on the outskirts of his Red Hills Road studio pic.twitter.com/VGc2lhLRcu

While there was no question of a hero's welcome for Banton, some Jamaicans were unforgiving — and unwilling to celebrate the return of a convicted criminal:

Am I the only one who doesn't understand the celebration of #Buju‘s release?

He was found guilty of an unconscionable crime; particularly so for rastafarians.

I'm not damning him. He's paid his debt. But how is he a hero now?#BujuBanton

On Facebook, one social activist deemed such condemnation hypocritical, in light of current political scandals:

A cultural icon was prosecuted, punished and has been released. Let people celebrate his return and navigate their relationship with the artist as they please. If you’re looking to cast judgement please visit the numerous reports by the Auditor General and note that no public official, especially the celebrated ones, have done time for the serious crimes committed against the poor and working class of this country. Thank you.

One-time ‘kill the gays’ singer #BujuBanton returns to Jamaica this weekend, after serving 7 years in a US prison for drug offences. Will he put his past ‘murder music’ behind him & shift to songs that uplift & empower? I hope so. Then we can all move on https://t.co/n9s3ZkiFuQ

After receiving what he alleged was a torrent of abuse and threats on Twitter, Tatchell commented:

I apologise if my tweet about #BujuBanton was unclear. I agree he has made uplifting, empowering songs since Boom Bye Bye. But BBB did not end in 1990s. He publicised that ‘kill the gays” song as recently as a decade ago. I'm ready to move on if Buju continues to shun homophobia pic.twitter.com/k2q2DGAZzy

Many Jamaicans, including LGBT rights group J-FLAG, sprang to Banton's defense, pointing out that he wrote the song while in his teens. Banton was said to be one of a handful of dancehall figures who signed the Reggae Compassionate Act in 2007, eschewing homophobic lyrics — although subsequent reports suggested he did not. The initiative was part of a campaign headed by Tatchell and supported by J-FLAG.

The approach to Buju and Bom Bye Bye by global gay rights activists will bear little fruit I believe. They lost that opportunity in 2009. Going forward, they have to find other ways of talking about homophobia and Jamaica. It's not necessary to mention Buju every time.

We need to get a grip. Buju was 19 when he recorded Boom Bye Bye. He's now 45. His subsequent recordings have been powerfully positive&nothing like that horrific song. y r we still haranguing Buju about THAT song? How many of us think the same now as we did@ 19?

#Boombyebye was more of an indictment on #Jamaica and not just #Buju. I'd like to think that as a society we would no longer have an appetite for such lyrics. #icouldbewrong #butihopeimnot

Indeed, Jamaica's taste in dancehall has changed a great deal since Banton's arrest, and some are wondering whether his music will, too. Will he simply be revered as a dancehall veteran whose time has passed, or will he become a refreshing wind of change?

Banton himself had the last word: